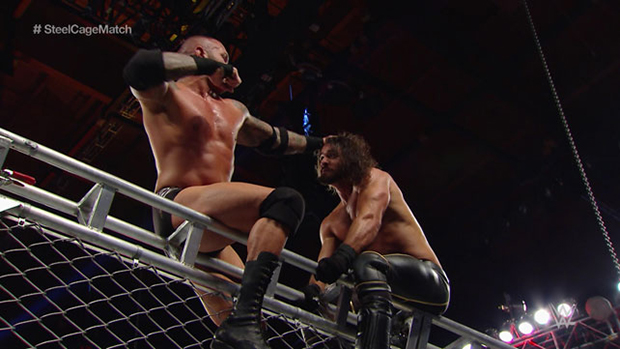 I came in thinking that WWE’s latest pay-per-view, Extreme Rules, would suck. And there’s a lot of reason that it would: Extreme matches don’t really have a place in “The PG Era”, the leading RAW shows haven’t been that good, Daniel Bryan not being to wrestle on the show, etc.

Extreme Rules didn’t suck and I enjoyed watching it. Maybe it was because people were actually using the #FROHorsemen hashtag or maybe it’s because I made a rare appearance on The FRO Horsemen podcast earlier in the day, but the whole event seemed fun. The Chicago crowd was even surprisingly into it, and not in the “Let’s just chant CM Punk all night long” way; they even cheered and brought signs for Roman Reigns (Who may have had the match of the night with Big Show).

I guess one place I could give a negative to (Besides Daniel Bryan not being able to compete) was that the main event could have been better. Seth Rollins versus Randy Orton in a steel cage wasn’t bad, but I was more excited that The New Day actually won the tag team titles. Or that Rusev and Lana may be breaking up. Or that Naomi had new theme music and light up shoes. Another negative was me feeling awkward during the end of the “Kiss My Arse” match, but I don’t wanna talk about it.

But yeah, it still wasn’t a bad show.

GIF of the Night: The Spanish Announce Table is never safe.