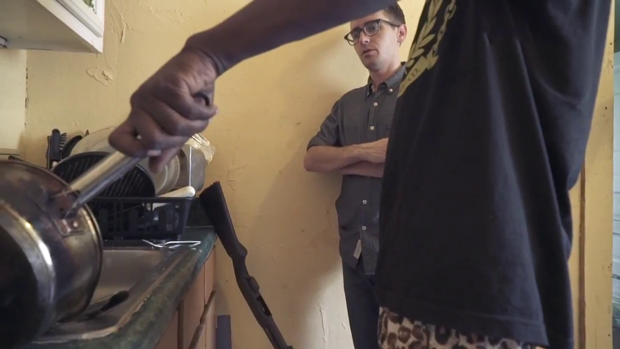 In the vain of Welcome To Chiraq, Noisey launches a new documentary series titled Welcome To Atlanta. Just to give you a idea of what you’re in store for, the first scene is of Curtis Snow cooking up some dope in the kitchen. Yeah.

In the first episode of our new 10-part series on Atlanta, host Thomas Morton meets longtime stick-up boy Curtis Snow (Snow On Da Bluff) while explaining what Atlanta means and why it’s become the center of drug trafficking and rap music. Later, we find ourselves in iconic Patchwerk Studios with Black Mafia Family’s Bleu Davinci. He explains the rise and fall of BMF, the city’s scene over the last decade, and what he thinks it takes to make it today. After a game of pool, we head to the strip club to meet Migos.