Wale – The Album About Nothing [Review] 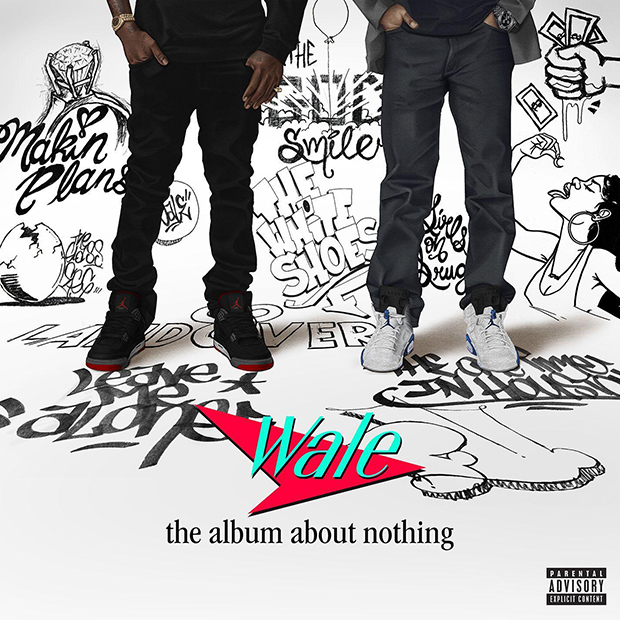 Many Hip-Hop purist love Wale and many Hip-Hop “fans” are ambivalent or uninformed at worse about one of modern Hip-Hops only poets left. Wale was a rapper I discovered back in 2007 if memory serves me correct. He appealed to me, and I believe me, other purist of the art because of his lyrical style and unflinching need to tackle the more “everday” problems that were relatable not only to “the urban enclave” but also people who resonate with the struggle of poverty and growing up this generation poor in finances but rich in perspective and intellect. And this is his 4th studio release as a signed “mainstream” artist. Not to mention, even though that’s clearly what I AM about to mention, Drake, Cole, and Kendrick all have releases out… So it’s clearly about something.

This album is quite possibly the last mainstream release for Wale, barring some type of commercial success greater than his last album. Most people who like Wale would say that it’s not due to his album releases… which is not to say that there isn’t good music to be found within those contributions from the D.C. rapper/poet. But I’m strong in my conviction when say I feel that most Wale fans prefer his mixtapes over his albums.

While we all appreciate Rick Ross of all people seeing the talent and signing him, even though he hadn’t had much success with Interscope. Lets be honest, the musical influence and general formula for success that has made Maybach Music and the whole Rick Ross brand such a marketable success wasn’t the best mesh with Wales natural inclination as a writer and rapper. Thankfully it appears this time out he finds a way to return to what his true fans will be able to appreciate. From the choice in production to the rhymes and cadence that made him unique, this album, whether it’s the entr’acte or final bow, was done on Wale terms.

1. The Intro About Nothing
Produced by J. Gramm, Rex Kudo, Idankalai, & Peter Lee Johnson
Jerry Seinfeld is on the intro and much of the album, which is clearly a throwback to The Mixtape About Nothing this is a clear sign that the old Wale is back. A piano heavy and lyrical track that has the intimate small room feel of VH1 Storytellers, or that type of ambiance, Wale spits from the heart and sets the tone. And as soon you’re settle in they hit you with the drums. More of a song than an intro but sonically and musically pleasing.

2. The Helium Balloon
Produced by DJ Dahi
This song has an intro that musically feels 70’s; I see smoke clouds and afro’s when hear this soulful movement. It briskly moves into the actually track: Trap drums with an eerie undertone and ominous feel. Wale explains who he is and life through his eyes. Also I should mention he uses a lil’ throwback on the track as well.

3. The White Shoes
Produced by Pro Reese
The white shoes is essentially a song about one staying true to themselves and holding onto what you truly believe in and stand for. Musically a lil’ mellow for how soon it appears in the album for me. But the “white shoes” are a metaphor for staying the same. How you ask? Listen and hear (The music video helps too).

4. The Pessimist
Featuring J. Cole; Produced by Osinachi
I was eager to listen to this song when I saw the title and the J. Cole feature. The production is reminiscent of J. Cole’s production but it’s not. Wale delivers lyrically but the biggest drawback is that J. Cole doesn’t actually do a verse. Musically it fits, though it may not have a lot of stand alone listening value.

5. The Middle Finger
Produced by DJ Dahi
Wale is back saying what he really feels. Which is a bitterness towards the commercial and mainstream demagoguery that rules the industry that has in some ways shunned the rapper. He has always felt jaded and slighted. He gives the middle finger and avoids the effort of a metaphor like he uses in “The White Shoes”. Wale is straight to the point on this one and says “fuck you, leave me alone”. It’s musically vibey, but not as layered as previous tracks, which clearly maybe a creative choice.

6. The One Time In Houston
Produced by Pro Reese
This track has the mid-tempo trap feel that is perfect for cruising in the car to. A little off kilter, which is how Wale likes it. But he does come dangerously close to sounding like Drake a bit on this one. Still worth a listen, mainly because of something he exposes about himself regarding how he deals with stress. 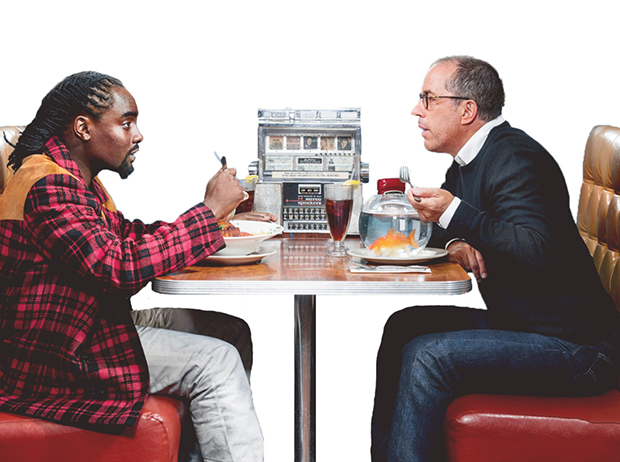 7. The Girls On Drugs
Produced by No Credit
A man much like myself, Wale loves women and it’s a constant theme on the album. This song takes a dance hook and samples it over a trap beat. Fusing two very popular but different styles. My thought? I prefered it not.

8. The God Smile
Produced by DJ Dahi
Wale keeps a mid tempo pulse on this project. “The God Smile” is a another song where the storyteller turns to a more stark choice musically. He embraces some of the rasta/rap/chant thats similar to J. Cole. While I did crave for more from this track musically, there are some lyrics worth mentioning and listening to.

9. The Need to Know
Featuring SZA; Produced by J. Gram
Wale really does try to stay true to himself on this album while trying to still have something that the new generation of Hip-Hop listeners will listen to. Wale has the neo-soul or as other have coined her music, the alternative R&B artist SZA on this song. The DC artist always strives to preserve some off the purer musical elements of Black American music. This song also samples Musiq’s “Just Friends (Sunny)”.

10. The Success
Produced by Jake One
This song opens with a gospel chant and Jerry Seinfeld saying “Success is the enemy”. It then goes right into a head nodding Hip-Hop beat that has the grimey hard hitting feel to it. It’s short and sweet but a solid track musically. I should state a bias that I love a good soul sample and that may have swayed me a little but I vibed to this track.

11. The Glass Egg
Produced by AyyDot
This song starts with a soul sample that I immediately recognized (Because I have sampled it myself). “The Glass Egg” is a metaphor about the tightrope artista walk between maintaining a sense of self/artistic integrity versus doing your “job” as a professional musician, which means in short… MAKE RECORDS THAT SELL. Wale essentially refuses to compromise his art for his image which many people, artists included, don’t truly know the difference between.

12. The Bloom (AG3)
Wale has always had an affinity for songs that are intended to inspire. “The Bloom” is suppose to be a feel good, uplifting track that motivates but it more or less feels like a forced interlude that doesn’t necessarily hurt the project. It doesn’t play to it’s strengths either.

13. The Matrimony
Featuring Usher; Produced by Jake One, DJ Dahi, & Mark Reazon
Truly epitomizing his need to be himself in all things, Wale intentionally places the two lead singles off the album at the very end of his project. Which is clearly a “ Middle Finger” to the music machine for the masses. It isn’t a sell out track; I know several women personally who like the song. Which means it’s being heard and being heard by a demographic the artist loves so dearly. I’m sure that’ why Usher is the feature. He has made more than a career off of garnering the affection of the opposite sex. If you haven’t heard this song, I suspect you will soon. If like it, not too much more needs to be said.

14. The Body
Featuring Jeremih; Produced by Soundz
I’ll be honest: I wasn’t thrilled with this track. It was put last on the album for a reason even though it was released as a single. I just didn’t get a shred of ingenuity from this. Jeremih should leave comparison of cars and women to R. Kelly.

Bottom Line:
I thinks The Album About Nothing is a good effort.  Wale maintains that fine balance between giving fans what they want versus what he needs. Artists need to express themselves but the result of the expression and the art should be palatable to your audience. I didn’t give it a higher score because it’s not a concept album nor was there any “classic” production. Although Wale does craft some lyrics with a skill that only a next level pro can exhibit.

Will it do well commercially? Honestly, probably not. The climate of music is so fad based that I doubt this will “catch fire” as it were. But I do feel that it’s a more accurate portrayal of the man that has been trying to reveal his true underground self to a mainstream market. The title is as sarcastic as Wale himself. The Album about Nothing. Maybe that’s everything Wale was trying to say all along.