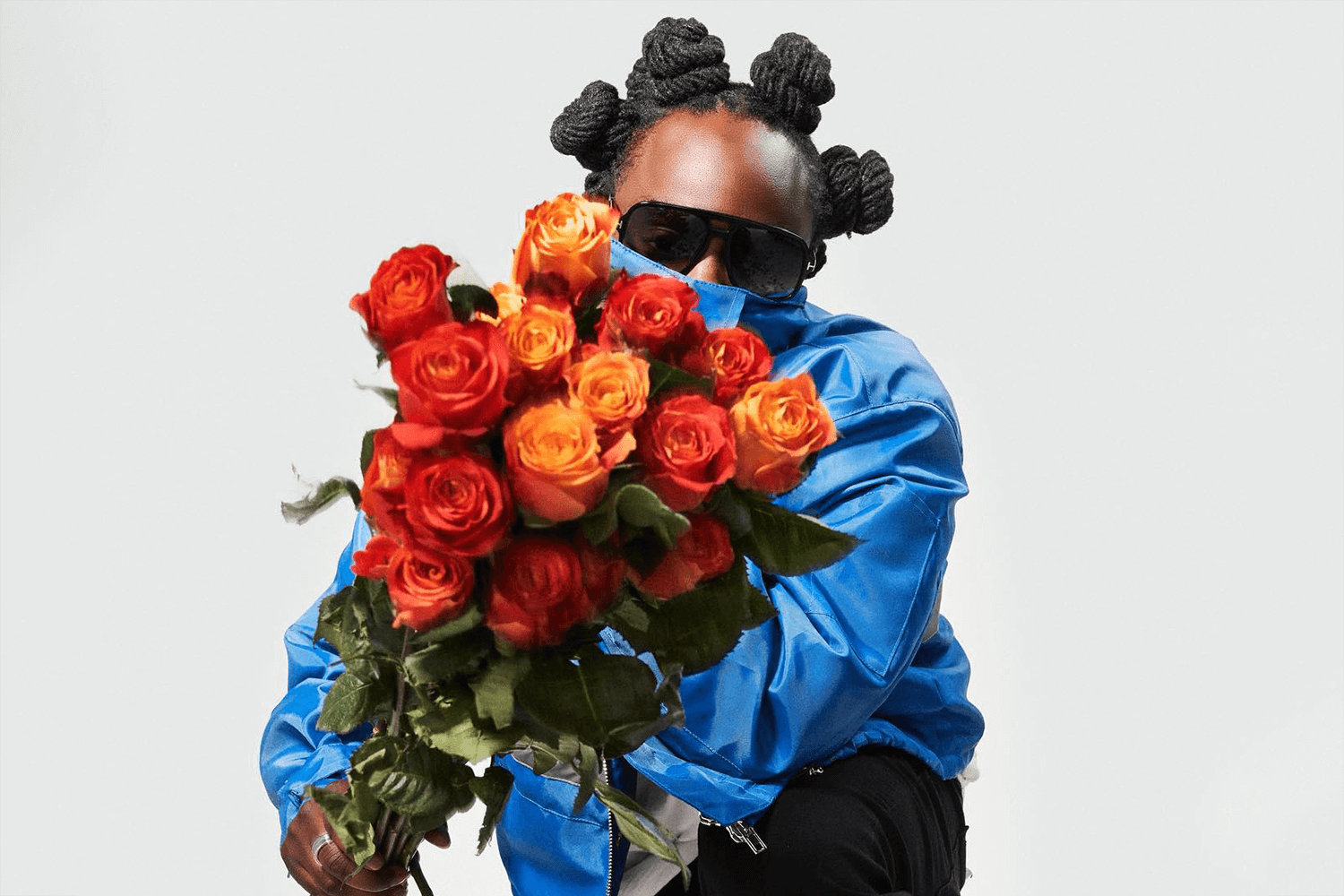 Is it just me? Or do fans make Wale out to be more than what he really is? I remember having conversations where they believed Wale was a better artist before he signed with Maybach Music Group. That he used to be the type of rapper that “talked about something” and since linking with Rozay, he has become another mainstream rapper that talks about superficial things and so on and so forth. Yes, this is an actual conversation I had and I can assure you, my friend didn’t know what the fuck he was talking about.

If you go through Wale’s catalog from Attention Deficit and on forward, Wale has been the same rapper he has always been, except now, he has a bigger budget. The problem is, a majority of Wale’s work, in my opinion, is largely forgettable and for a man that has a gigantic chip on his shoulder, the music doesn’t give me that sense that he should be in the conversation with the frontrunners of the game. That’s not to say he isn’t talented, that is not to say that he hasn’t had success, like every album since Ambition, he’s managed to have numerous hit singles under his belt, but for me as a listener, something is just missing. So, in seeing everyone on my timeline hype this album up, even people going as far to say Wale’s latest album, Folarin II, is an “album of the year” contender, it’s time to see what this is about. Here we go!

1. New Balances
Produced by Coop The Truth & Super Miles
We’re starting off very melodic. I mean this is the type of track you’d hear Drake or J. Cole pull off and while this is not bad, this isn’t really anything memorable to latch onto. But all in all, still a good start to the album. That Phylicia Rashad line made me chuckle.

2. Name Ring Bell
Produced by Trizzy
Feeling the bounce of the instrumental. Wale’s flow works for this beat, but I will say, the way he emphasizes the last syllable of his lines during parts in the verse irks me…

But either way, this will ring off in a playlist. I’m liking it.

3. Poke It Out
Featuring J. Cole; Produced by Cool N Dre
Birds of a feather flocking together on this song. I have been on the fence with this. Like, the song isn’t bad per se. But these days, when artists straight jack a beat like this, it’s hard to get into the new version. When Lupe did it with “Around My Way”, all I want to do is listen to “T.R.O.Y.” and here, it just makes me want to listen to “Vivrant Thing”. Wale doesn’t do much outside of a capable flow and J. Cole does his thing here until his singing outro where he wants to see you play whether you Meg Thee Stallion or Coi Leray and LOOK! The last thing anyone wants to see Coi Leray twerking again. Keep them bones to yourself. All in all, another episode of “J. Cole murdered Wale on his own shit.”

But other than that… that is it.

5. Caramel
Produced by Illmaestro & Lee Major
This sample got on my nerves throughout. Thought this was Brandy but it’s Faith Evans. But this is Wale’s second of six obligatory tracks for the ladies per album. Nothing more, nothing less, nothing to see here. Something straight out of a 90’s soundtrack.

6. Fluctuate
Produced by DJ Khalil
Is Wale rapping this for the niggas or for the bitches???

But all in all, there’s once again, nothing special here. It’s just here.

7. Light Years
Featuring Rick Ross; Produced by 8 Bars & J.U.S.T.I.C.E. League
Let me just say that it is just so refreshing to hear J.U.S.T.I.C.E. League beats again. These guys MADE my 2010s. The next Ross album should just be entirely produced by them; like make me feel like the broke rich negro I am and want to be. With that said, there are parts of this song that I do not like at all. Wale’s singing… Drake he is not. Ross’s verse while not bad, but… you rhyming light years… with light years? Also, white sales…with white sales?

Fuck you think you is? Styles P?

But if you don’t pay attention that much to the detail and just take in the aesthetic, it’s a highlight.

What do you want me to say here? Alright, Chris Brown is a little more subdued here, where is most of the time the saving grace of these songs, but…here he’s just…unbothered. Whatever, this song is not for me anyways, so if you got a vagina and enjoy these types of bops, you’ll love this as your soundtrack next time you’re shopping or having a girl’s night out cheatin’ on your husbands/boyfriends.

9. Dearly Beloved
Featuring Jamie Foxx; Produced by Wale & Marcè Reazon
This makes what? Song number five for the ladies on this album? (if you count “Fluctuate”). But seriously, it’s nothing to this song. It is short, sweet, simple, and straightforward and with the sample in place, now I’m trying to see if The Jamie Foxx Show is on Netlflix or Hulu or something. Next.

10. More Love
Featuring Shawn Stockman & Hot Sauce; Produced by Tone Jonez, Dylan Graham, DJ Money, & Super Miles
My first time listening to the song, I wasn’t feeling this as much. It’s grown on me with numerous listens. However, I will say, the second verse describes Wale in a nutshell. If you have ever seen any of his reviews or hear about the number of times he’s screamed at critics for not giving his album five stars or whatever and then read the lyrics to this song, you will think…yep, this you.

11. Jump In
Featuring Lil Chris; Produced by Juju The Producer & Kev “No Credit” Spencer
This is the worst song on the album.

One of my least favorite songs of the year.

I know. It’s a go-go track, it’s a call to Wale and his D.C. roots, but the beat is overwhelmingly chaotic, Lil Chris’s vocals are just jarring here like it just calls back to when Diddy thought he was cute and formed Dirty Money to sing more. I can still remember the look my girlfriend gave me when I played this song for her in the car.

12. Down South
Featuring Yella Beezy & Maxo Kream; Produced by Harry Fraud
Honestly, if WWE hadn’t chosen this as the new opening intro for NXT, I would have just thought it was a good song but nothing to throw a parade over. The sample used for “Still Tippin’” brought back to life by Harry Fraud and the bounce throughout the entire track just makes it an enjoyable song. It is still not a song I would want for my wrestling programs, but this knocks.

This is as if Certified Lover Boy came with a diet version but added more sugar.

14. Fire & Ice
Produced by D.Woo
See my thoughts from the last song.

15. Beverly Blvd
Produced by Maneesh, Freaky Rob & DZL
It’s an okay way to close the album, but after this, I’m just tired.

Okay, so this isn’t going to take long. This album isn’t for me. Not in the slightest. It is just a continuation of people making Wale to be more than what he is musically. If you take away the name from this album, this is just a collection of Drake B-sides from Certified Lover Boy or these songs would be better placed on a J. Cole album circa 2011. Either way, if you heard this Wale album, you have basically heard them all at this point.

A decade-plus in his career and I am still trying to figure out what justifies Wale to spit ire at fans & music critics when his music comes off this average? Where’s the progression? What makes this stand out? Why do people think this is “album of the year” material? I’m not seeing it here. It is still your typical mainstream rap album in a year where phoning it in is not cutting it, when there’s quality material coming from the underground. I don’t want to be hard on him because Wale is a rapper that I should have more of a taste for, but the overabundance of tracks for the ladies, the lack of standout verses, and effortless hooks, just confirms what I have been feeling this whole time. When it comes to Wale’s albums, what you see is what you get.