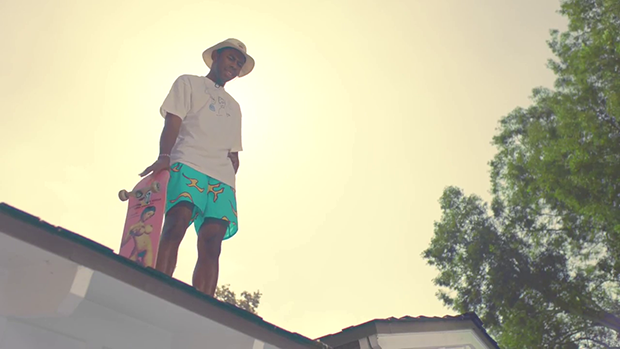 Odd Future’s ringleader Tyler, The Creator has made a lot of noise in the last 24 hours. He’s not only released a new app but he’s also brought out a new video for “Fucking Young”. If it’s a regular rap video you’re looking for then GTFOH because Tyler is back in full weirdo swing.

First Tyler jumps off a roof, then befriends a younger woman, hovers off the ground using gum, and gets thrown out of a theatre. The video has two parts where Tyler raps over the most Pharrelliest Pharrell beat you can think of with “Death Camp”. Both songs are featured on the new album Cherry Bomb which comes out April 15th.