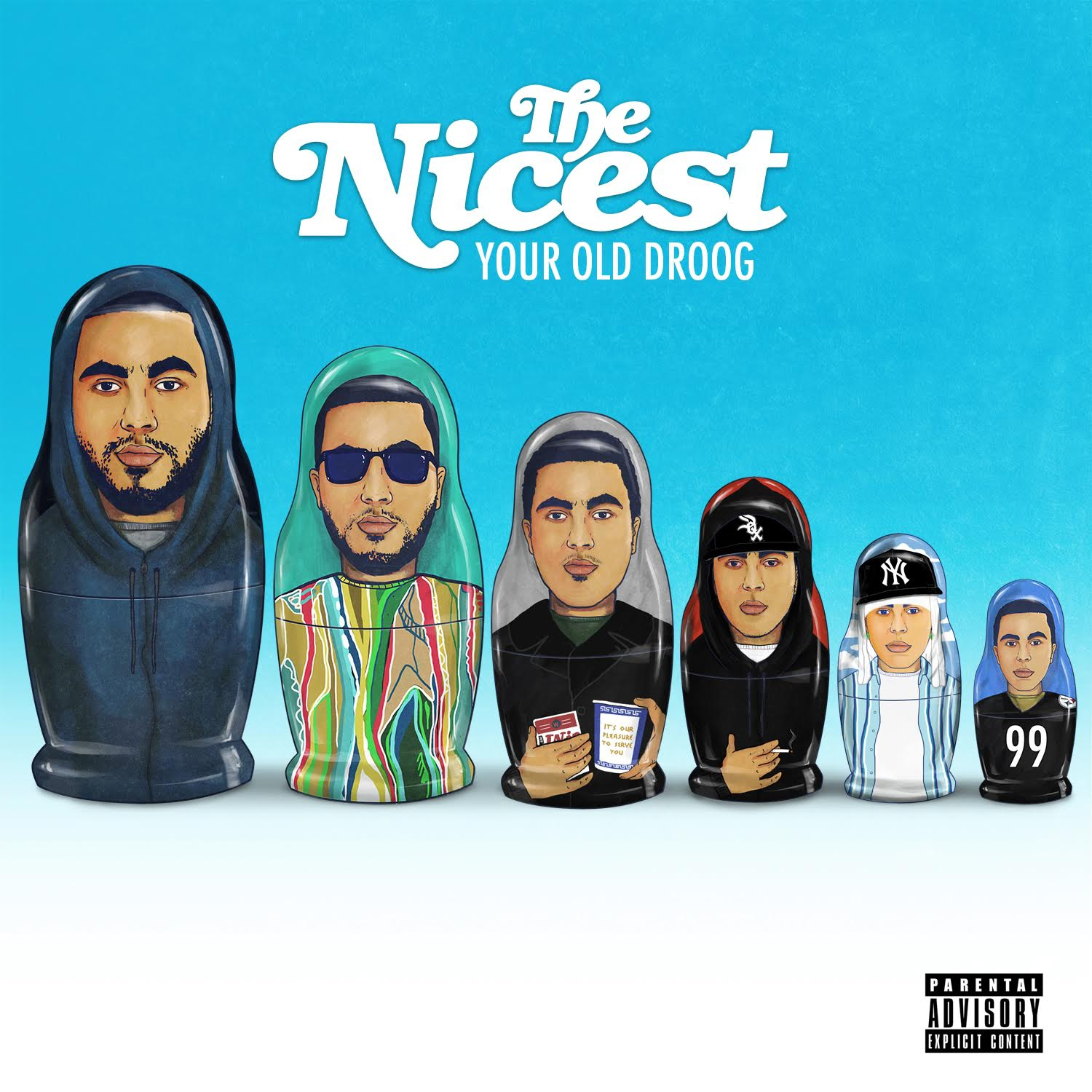 What’s good. It’s been nearly 2 months since I made a post, but I’m starting back up here with this sort of “mini review” for this new Your Old Droog EP that just recently dropped. If you haven’t heard of Droog then the story goes that he got a lot of internet buzz last June, because everyone thought he was Nas in disguise, but turns out he was some new cat who knew how to spit some grown man shit. From then on, he’s been building a career as his own man, away from all of that Nas associated business and it’s been going pretty well in my opinion. He released an album late last year that was pretty dope and earlier this year he dropped a rock-themed EP titled Kinison, which was also great. Between his exposure from mid last year to now, he’s been collaborating with and supporting some pretty respectable artist in the game as well (Prodigy, Royce da 5’9″, DJ Premier, Statik Selektah), so what’s not to like? Now, fresh into the summer, Droog decides to drop a 6-track EP, which is produced entirely by frequent collaborator DJ Skizz, titled The Nicest. So let’s just see how nice this shit is…

1. We Don’t Know You
Produced by DJ Skizz
So we jump straight into things with this track here and I’m really enjoying the piano keys in the background of this track. Gives it a pretty beautiful start. Bless DJ Skizz. “These cats is jaded, tryna do what Jay did”. Droog ain’t your friend. Droog got into this game and proved his talent and now a lot of rappers are coming up trying to give dap and play cool, but Droog doesn’t know them and isn’t in this for fun and games. No problems here. Great start for this EP.

He once took a lesbian on a date, the present day great

2. Through The Nose
Produced by DJ Skizz
Droog breathing fire out his nose like a grand dragon of some sort. I really dig the concept of this track here. Basically, once you get a whiff of the dope shit Droog is cooking up, you’re an addict. I’m really digging the bass on this track too. This EP is pretty smoothly produced. Shoutout to DJ Skizz. As much as I dig the concept, Droogs lyrics, and the production of the track, I can’t really see myself listening to this one a lot. I’m not too big on the overall sound sonically myself, but this track is still pretty solid so I have no beef with it.

How I got the game locked in a serial killer van?

I’m loving this track here. Arguably my favorite on the entire project. It sort of gave me some Dilla vibes. Not to compare or anything, just similar in vibes for me. It’s mellow and Droog flows across it pretty comfortably and, to no surprise, spits some dope lines. The hook on this is interesting too, talking about how people hop on trends and become slaves to what they’re taught to like and basically they take that shit to the grave. Those who try to fit in can’t beat those who keep it real. Once again, shout out to DJ Skizz. This track is definitely getting a lot of rotation from me. Check this one out.

4. Word
Produced by DJ Skizz
The horns on this track here are pretty killer. Droog is doing what Droog does best and spits that hot grease and brags across this track. I’m not really feeling the hook on this track honestly, but the track is pretty short so it’s not enough to kill it for me. Droog brings some nice lines. “I’m heating up like Steve Kerr with a fever”. Like I said. Hot grease.

5. Listen
Produced by DJ Skizz
Yo. Before you think about forcing Droog’s hand… listen to this track here. Droog and Skizz came hard on this one. The drums on this track really compliment Droogs delivery and believe me… he spits. He fucking spits. I know a few people would listen to this and think “Dude really sounds like Nas on this”. Yeah, compared to all the other tracks you can definitely hear the voice resemblance the most on this one, but Droog isn’t style jacking… you’re hearing, but you ain’t listening. Next to “Wave Rider” I’d say this is my favorite joint off the EP. Definitely check this out. That entire first verse is flames.

6. Have A Nice Day
Produced by DJ Skizz

I’m sure we can all relate. This track is a pretty good closer for the EP. Loving the production on it too and how Droog sounds over it.

No more polly wan’t a cracker, now these crackers wan’t a polly. If I had social skills, I’d be on probably, poppin’ molly.

Though short, I think it’s served well as an outro for the project. It sounds sort of like all the other tracks before this one were one wild and busy day and this track is the morning after. Maybe even a prelude to what Droog may end up doing next. I’m digging it. I can see myself playing this early on a Sunday morning or something before I get my grind on.

Bottom Line:
Overall, I think this is a pretty solid EP and it has me interested in what Droog has planned next. He’s proved to me without a doubt that he can rap and he’s good with concepts and I’m eager to see him do something more ambitious with an album as a whole. DJ Skizz did a great job on production and I’m interested in seeing what he’ll craft later into the future. Droog held it down of course, giving hard ass bars with ease and as I said , now I’m interested in seeing where Droog goes next after the Kinison EP and this new E here, which feels like a sample of what’s yet to come. So overall, I’m digging this project. If you’re not hip to Droog, check this out and get hip. If you’re a Droog fan, then I don’t see a reason for you not to check this out. Anyways, that’s all I have to say. Shoutout to Imaginary Droog & DJ Skizz. Go support the homies! Peace.