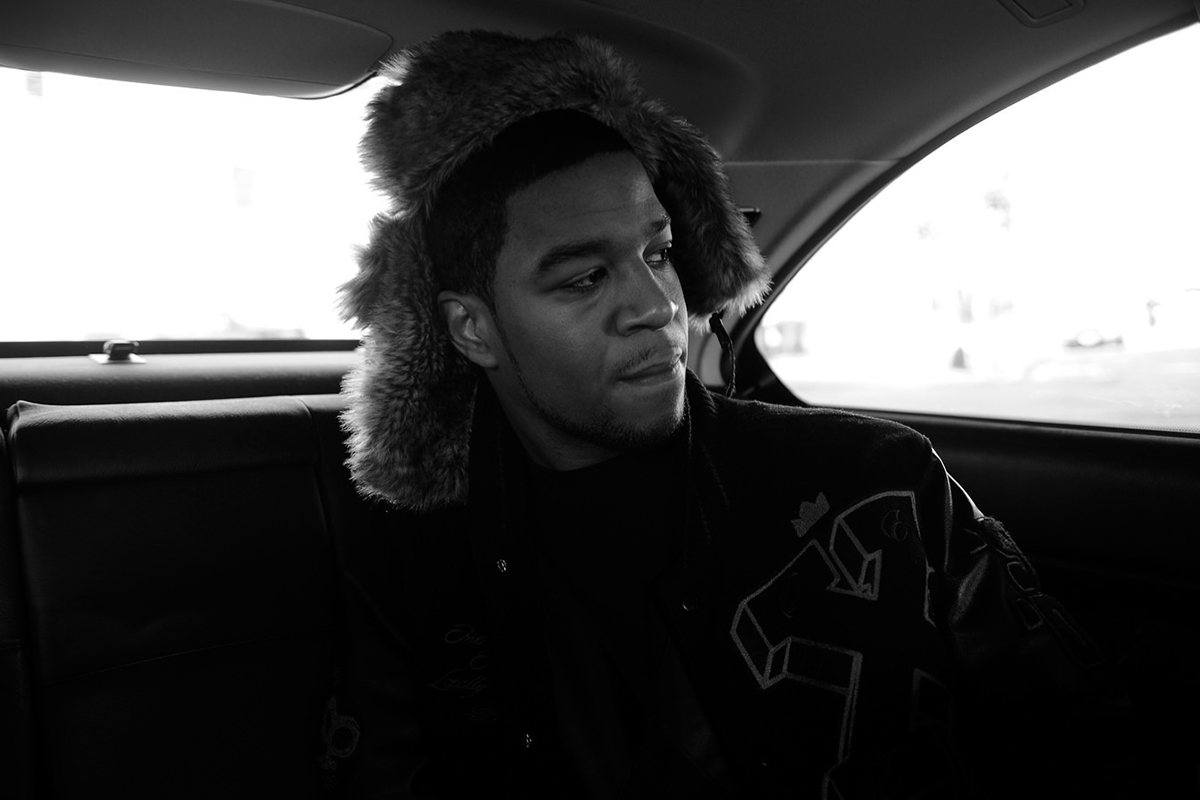 Kid Cudi is a rapper/singer/songwriter, formerly of G.O.O.D Music. He has a few show stealing appearances on Kanye songs, as well as other peoples’. His career started off hot, with a two solid releases right off the bat (Man On The Moon 1 & 2). BUT…after that…he went another direction, and he dropped a rock album (trash emoji), then dropped a SOMETHING (Indicud). Kid Cudi’s hardcore fans begged for more, while others simply did not, including me. So with that being said, we’ll see if Cudi has bounced back, or if there is more mediocre material in store.

Disclaimer: These opinions are just mine, and not necessarily the opinion of the nappyafro staff.

1. Edge of the Earth/Post Mortem Boredom
Produced by Kid Cudi
Okay so let’s begin. I can’t find where the song begins. Okay I found it, and I’m not gonna lie I’m pretty pissed at this. Kid Cudi wants to be a Seattle grunge band so bad. This sound like a down syndrome Pearl Jam song. As soon as I heard him say “The angels have no whiskey NAUUUUUUUAAAAAAAH…” I wanted to skip, BUT momma ain’t raise no punk…so…

2. CONFUSED!
Produced by Kid Cudi
If he gonna jock the 90’s grunge band sound he might as well name this song “Alive” by Pearl Jam. I’m pissed off man, I don’t even know what this joint is about, this belongs on a late night infomercial so nobody can hear it cause they’re asleep. I’m “CONFUSED!” too my dude, I can’t wrap my brain around this. The ending is damn near tragic. Spare yourself.

3. Man In The Night
Produced by Kid Cudi
My thing is…it’s perfectly fine to change your sound around a little…if you’re actually good at it. If you’re not good at it then what that let you know (Snoop voice)? I actually would throw this on my workout playlist if Kid Cudi’s voice wasn’t on it, but it is. I’m only mad at it because dude’s voice is on it. I like the Beavis and Butthead sample at the ending though.

4. Screwed
Produced by Kid Cudi
This is the kinda of joint I can use as a bedtime lullaby, I gotta find a hippie white woman with “dreads” that sings like Lorde to play this fully acoustic. I’m not even gonna lie to you guys. I’m not mad at this.

6. Adventure
Produced by Kid Cudi
Another joint I’m not too mad at. It’s kinda slow and at first it sounds a little like the first track on Man On The Moon. The little guitar riffs are cool here…wait…wait…nah nvm this song trash from 2:15 on through. He ruined it all with one line…“Her vagina is moist and warm, I’ll keep you safe, just hold my arm…” THEN HE SAYS “No more chicken sandwiches, yes I’ll pay for the damages.” Yeah next.

7. The Nothing
Produced by Kid Cudi & Plain Pat
This is where Cudi does distorted vocals here…and they don’t sound too hot b. Yeah this can go. This WILL go straight to the recycle bin.

8. AMEN
Produced by Kid Cudi
I think from now on we gonna focus on the instrumentals. This is something else that can make it on my workout playlist. I’m not here for the lyrics. Who on Twitter gonna find me a lyricalness copy of this album so I can take a few of these and lob them to the phone? SALUTE if you do. Most will skip…but maybe give it a shot.

9. Handle With Care
Produced by Kid Cudi & Plain Pat
SO we’re halfway through, and I’m tired of hearing mostly the same thing. More importantly I want you readers out there to understand how many musical bullets I’m taking for y’all right now. Be thankful, y’all should take a picture with me. This is a little slow ballad that can really go. Towards the 2:25 second he just starts mumbling…yeah next.

12. Fairy Tale Remains
Produced by Kid Cudi
Man this album is so depressing. This is the part of the review where I take a break to lift my spirits…so I go to iTunes…click F…and find Beast Mode by Future Hendrix. I can’t believe I’m putting myself through this. But I do this for the people that think I’m just joking about this stuff. I wanna hear Future talk about how he passed her off like a layup.

13. Wedding Tux
Produced by Kid Cudi
Back to the album. I was really hoping that at some point there’d be a moment where I could pick my spirits up and find a part of this song I like, but there’s a really really bad and repetitive guitar riff. I knew it was trash when he said “I can’t wait to be rotting meat…”…word.

14. Angered Kids
Produced by Kid Cudi
Sounds like a couple joints in the first half of the album. Not interested.

15. Red Sabbath
Produced by Kid Cudi & Plain Pat
This album is way too bad for it to be this long. For an album to be long there’s gotta be quality material. Not even gonna lie, I fell asleep at this point. No seriously. I got a 45 minute nap in and woke up to Part 2 (ugh) of the album. Had to rewind just to give a change to hear this trash.

16. Fuchsia Butterflies
Produced by Kid Cudi
He’s not saying much, so neither will I.

17. Speedin’ Bullet 2 Heaven
Produced by Kid Cudi
This actually isn’t that terrible. It’s terrible though man. Kid Cudi finally echoed my sentiments when he said in this song that “some people bore me…” Me too bro. YOU bore me. YOU do. At this point I’m too frustrated to truly enjoy the lyrics to this. Plain Pat could’ve changed this album man.

I don’t know what Kid Cudi tried to do on this album, and I don’t care to find out. I’m so angry that I put myself through that. Drake said “Know Yourself, Know Your Worth”, and my ears are worth more than what I listened to. This was the worst impersonation of Kurt Cobain, Pearl Jam and Staind I’ve EVER heard. I don’t wish this on anyone. I’m suing Kid Cudi for $100,000, for irreperable damage that has been done to my ears. Never Again. I’m listening to pastor Kendrick Lamar trying to flush my ears. Kid Cudi I really hope you run into Lupe so y’all can fight. You dead to me.

Final Verdict: Negative 64 out of 5. Yes, I gave this dude a NEGATIVE grade.

Editor’s Note: The lowest score we can technically give is 0 out of 5. Aight man I’m out, I didn’t deserve this man. Let me get a cup of tea, and I’ll see y’all on Twitter. *flies out on Flying Nimbus*