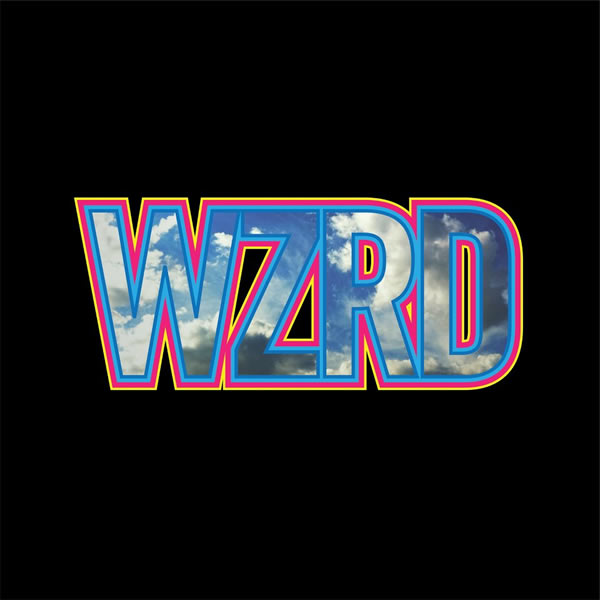 Some of y’all may be wondering: What the hell does WZRD stand for? Is it really just short for “Wizard”? To be honest, I haven’t got a clue myself, but I do know that this is a side project of Kid Cudi and one of his producers, Dot Da Genius (Remember “Day N’ Nite”? Yeah, THAT guy!). I didn’t get too excited for WZRD’s debut album until I realized it wasn’t bound to be cancelled like many other side projects in the Hip-Hop industry.

Then I got even more excited when I heard “Brake” about a month ago, and it took me back to a time that I listened to rock groups like Queens Of The Stone Age and Them Crooked Vultures. It was a strange time, but also an interesting experience to listen to music that was simply different. So when I realized it’s Tuesday, new album release day, I awoke to find out that the WZRD album has been released! I let my curiosity get the best of me, and dove right in.

1. The Arrival
The album kicks off with an instrumental intro, and I guess it’s more or less to set the tempo for the rest of the project. The song features ambient, heavily distorted guitars. When the nearly glitchy drums come in, the only thing I can equate it to is noise rock, and the album already grows on me, but it’s apparent from the start that this album is not for everyone.

2. High Off Life
This is a good, solid blend of Rock and Cudi’s style, with a simple formula of drums, bass and guitar (chords and leads). An otherwise bland hook is well-expressed, and melodic enough to work.

There is a synth line near the end, and the simplicity and melodic repetition of hiphop really does work for this blend!

3. The Dream Time Machine
Featuring Empire Of The Sun
The direction becomes more synth-heavy in this song… This track has a more industrial sound, almost like a darker version of “Day ‘N Nite”; I’m always impressed by the background melodies, courtesy of Dot Da Genius… notice I’m not really going over lyrics, mostly because this isn’t a rap album, and everything is sung so far. This isn’t too different from Man On The Moon II, but it’s more relaxed.

4. Love Hard
This track starts off sounding like it’ll be a punk song, and Cudi seems to be just having fun with “blah blah blahs” along the intro riff. As soon as the verse kicks in (along with some very nice strings) he gets serious and sings about being in love, and questioning that love. The hook is:

and while this could come off as preachy or corny, Cudi does a good job of sounding sincere in his message. After a breakdown, the track takes an enrapturing turn into a crossover of trance and house to keep the listener interested. 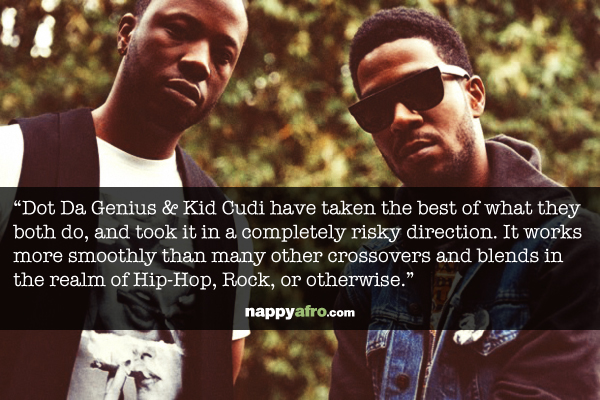 5. Live & Learn
This is one of those care-free songs that may be expected by now. Once again, the simplicity of drums, bass and guitar along with Kid Cudi’s singing work well together and the product is pleasant to keep a listener engrossed. The lyrics are the typical Cudi message of “I live life fast, but sometimes I stop to think about it” and it’s a fun track with a sludge-rock outro… I should note that he has made it clear in an announcement about the album that none of the lyrics are four-letter words, and he holds through to the promise of a “clean” album. Hip-Hop (and WZRD) is for the children!!

6. Brake
It hasn’t caught on in my mind because of the modern synthesizers, but WZRD is a sound reminiscent of 80’s new wave! This ain’t a bad thing, (see Empire of the Sun’s Walking On A Dream for a great modern new wave album) and it’s still a good, dark piece of work halfway through. “Brake” almost seems like a long interlude; a slow but heavy guitar, an infectiously simple synth line and Cudi’s drawn out vocals stand out in a rambling track that seems like it will build up. In a way it does, but more in the complexity than its fierceness. It breaks down into a slightly too long outro.

7. Teleport 2 Me, Jamie
Featuring Desire
This is definitely a new-wave blend, and if it were any lighter it would probably be a skip. This is one of those songs you have to be in the mood to listen to. It was marketed as a single, presumably because of the love-song content and airy synth melodies, a surprising contrast to the rest of the WZRD album.

8. Where Did You Sleep Last Night?
This is a dark song about the songwriter’s girl trying to make sense of her ex-husband’s murder, and it is a simple song, highlighted by a lightly distorted riff on the guitar. I think WZRD went wrong by trying to add too much ambience and percussion, and the song could have had as much of an impact without the extra fluff. This is where it gets complicated: “Where Did You Sleep Last Night” is actually a cover of a Nirvana’s Unplugged performance, which is a cover of folk artist Leadbelly’s performance, which is an interpretation of a traditional folk song! Cudi sings this pretty well, and is convincing enough to make it work.

9. Efflictim
WZRD goes acoustic, with very little added instrumentation aside from an acoustic guitar and a piano (This is the way the last track probably should have been, but I understand it’s hard to interpret a damn FOLK song into a Hip-Hop/ punk crossover band… ).The song itself is about contemplation and curiosity of death and how it affects the people we love. It may even just be Cudi wondering if his girl would be hurt after his own suicide, but I believe it is open to interpretation. The track is depressing, bold and very well-arranged.

10. Dr. Pill
[Wiz Khalifa impression] OKAYYY! Y’all remember that? Anyway, back to the review; this is a return to form, a punk song about pills and how Kid Cudi feels numb before and even after he takes them. This is a surprisingly upbeat song, despite the bleak lyrical content. Dot Da Genius has been understated throughout this review, and I gotta say: His drums keep this album sounding consistently dope! Not much more to say about this track, it’s good but not outstanding.

11. Upper Room
This is probably the most Hip-Hop song on the album, and Dot Da Genius does his magic to the damn thing. There is high production value in the strings, synth, drums and background melodies, all adding up to the signature Kid Cudi style. Cudi waxes poetic about how he has matured and life is looking up, and his perseverance through the struggle. He speaks on God and a higher power several times in the song, and whether it’s religion or just positivity in life, it seems that he has found something to believe in. Great, uplifting track to end the album.

Bottom Line:
I’m not sure if it is my previous inclination to listen to nothing but rock and metal, or an open-mindedness I knew would be required to hear this project for what it is, but WZRD’s debut album stands out as something great in its own way. Dot and Kid Cudi have taken the best of what they both do, and took it in a completely risky direction. It works more smoothly than many other crossovers and blends in the realm of Hip-Hop, rock or otherwise! For all the hate Cudi seems to catch when he’s not winning people over, his talent shines too bright to deny that this is a great body of work. Production details are unknown to me, but it has been said that Cudi picked up on the guitar to create this project, and where the guitar work doesn’t stand out in complexity, it makes up for in arrangement and overall great performance. WZRD has struck a happy medium between the bounciness and melody of Man On The Moon and the dark tone of Man On The Moon II. It does sometimes waver only in the fact that some songs could have been shorter, and some tracks could have done without certain elements. Over time, I expect WZRD to eventually conceive a perfected formula of style and melody. This body of work, however, is great already.