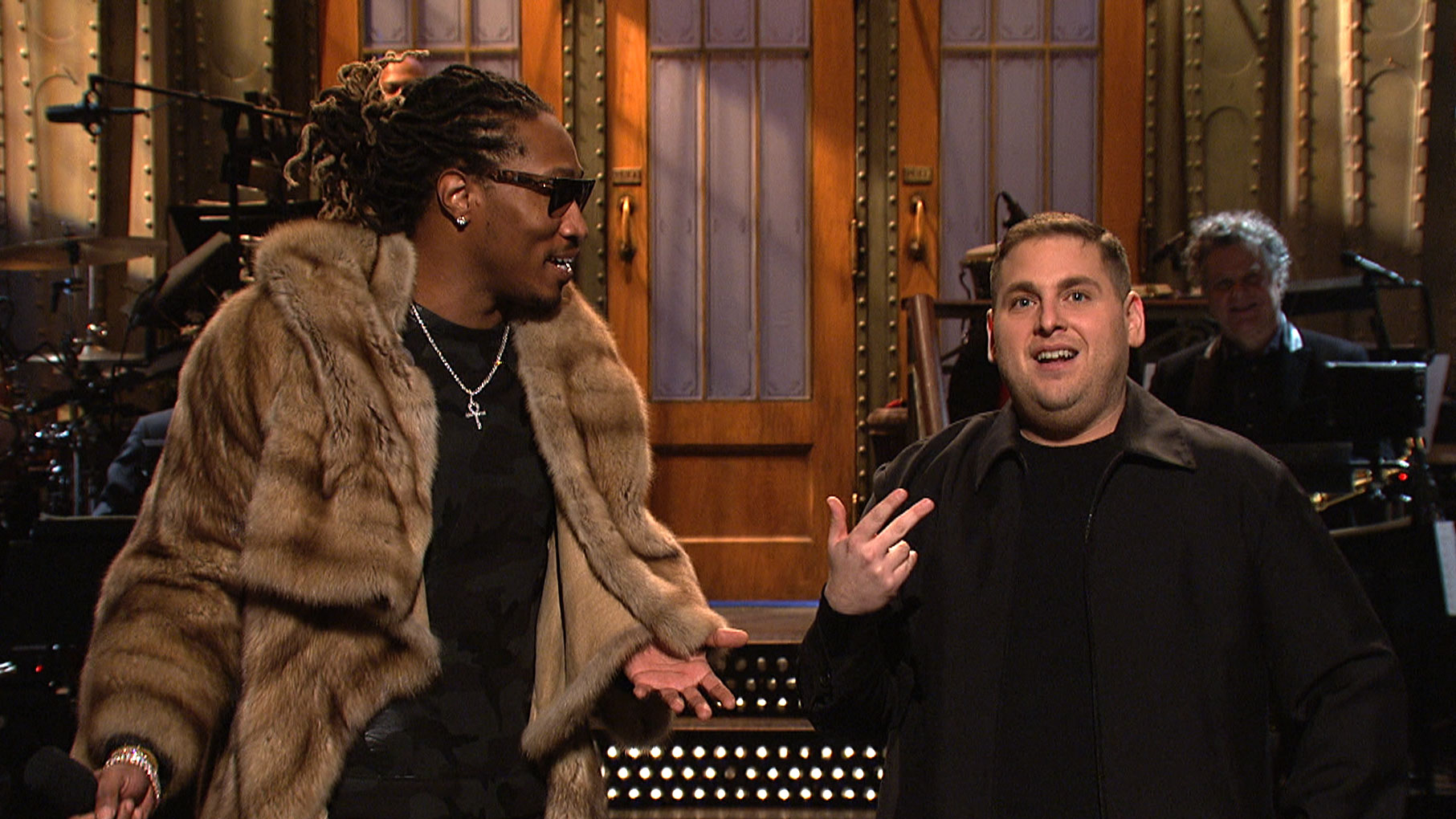 SNL has trouble being consistent lately. Melissa McCartney was a great host, but Kanye West was a terrible musical guest, in my opinion, giving us his worst performances on the same episode that also gave us the on point The Day Beyonce Turned Black video.

This past weekend, we had Jonah Hill hosting with Future as the musical guest. I thought the monologue with Hill even making light of the fact that he had nothing to promote so it’s weird that he’s hosting and ending with a performance of “Jumpman” was genius.

The Donald Trump opening and Voters For Trump ad made you think it was going to be a great episode. Jay Pharaoh was hilarious, Jonah Hill was hit or miss. I’m a fan of Jonah Hill, he inspired J.Cole to make 2014 Forest Hills Drive, but the reason why I tuned in was because of the musical guest. Futch did not disappoint.

For his first performance of the night, Ciara’s co-parent chose “Low Life” from his latest album, Evol‘ The Weeknd made a surprise appearance to perform the hook.

He later returned for a performance of EVERYONE’S favorite, “March Madness.” I’m a “Codeine Crazy” man and still enjoyed this performance of the night the most.