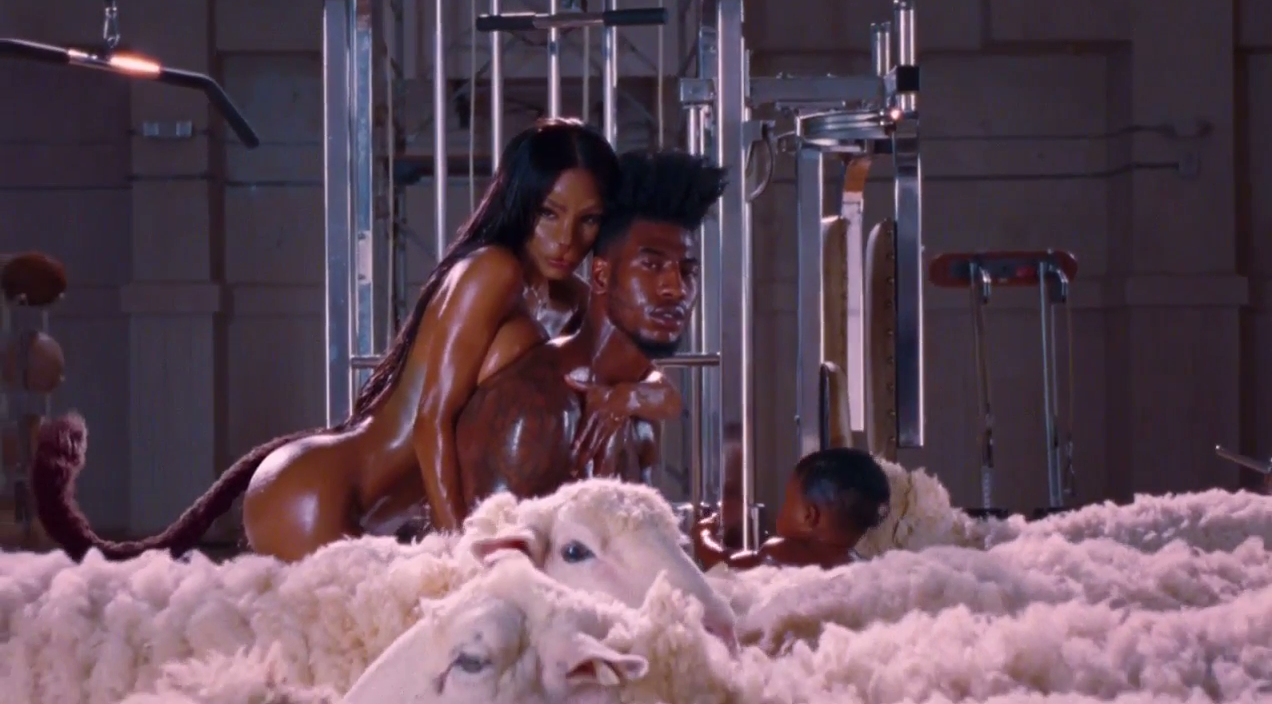 Tonight is the annual MTV Video Music Awards. And just like in recent times, I wasn’t watching (Hey, I’m trying to see if my boy Naz is innocent!). That being said, I’m not completely in the dark. I know Beyonce performed, I know Future performed, and I know MTV gave Kanye West four minutes to do whatever he wants. Yeezy used that time to ramble about… I’m still confused about what Kanye was trying to say. But he also took time to premiere a new video for his song “Fade” starring Teyana Taylor.

In the visuals, Teyana Taylor is sweating and dances around a gym all sexy. Did I mention she has on a thong and very tight top with her breast almost coming out? It’s almost like a updated version of the dance sequence from Flashdance. Just with more jiggle and that’s a very good thing.

Then stuff starts to go left. Teyana then goes into the shower with her NBA player fiancé Iman Shumpert. I honestly thought, “Damn, I think they really gonna have sex. Kanye is gonna have Iman and Teyana have sex in this video”. And THEN, for no apparent reason, Teyana Taylor turns into a cat creature (Like the guy from that Beauty & The Beast TV show) and she with her husband and her baby are surrounded by lambs. Damn you Kanye.

Watch the video below.