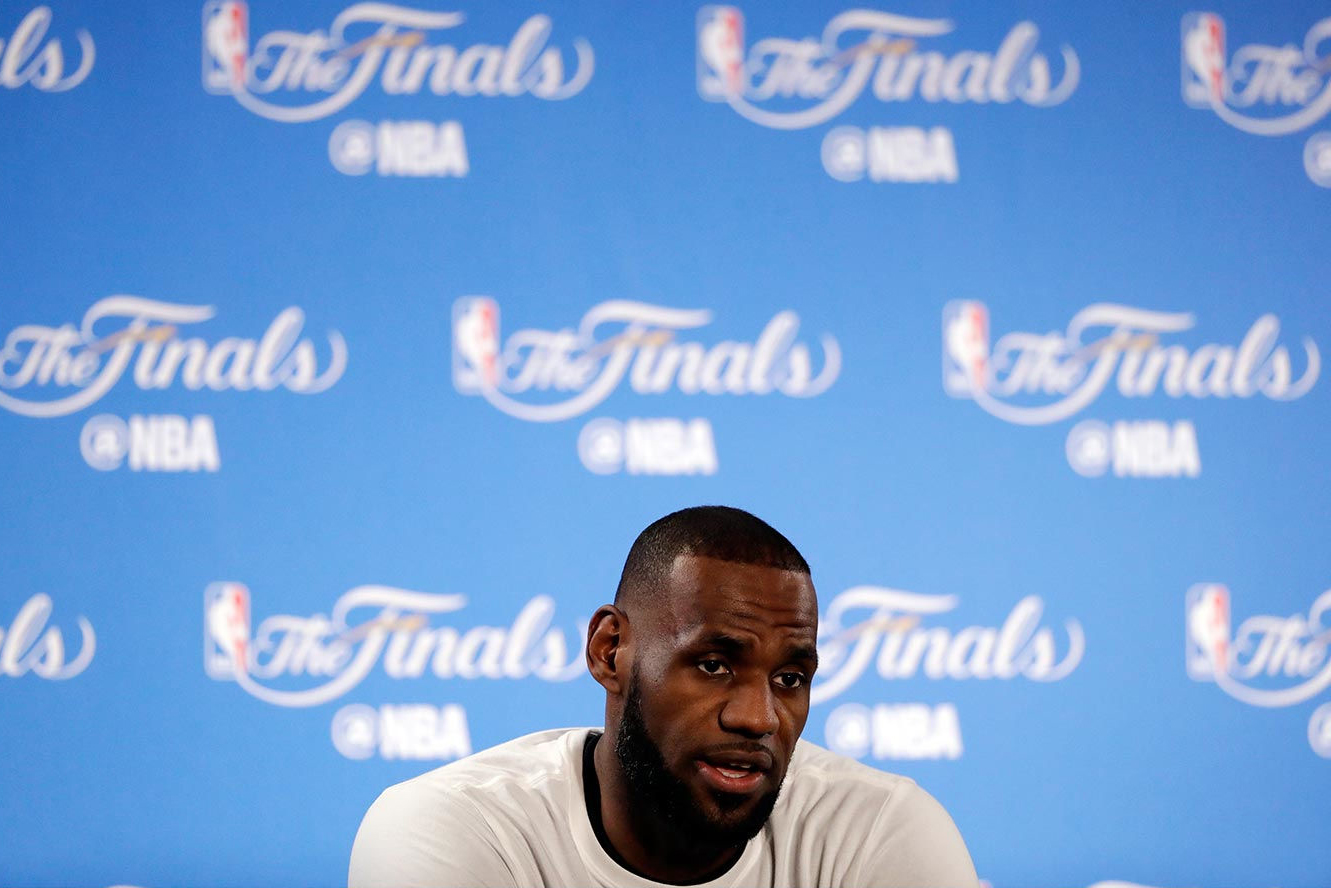 By all accounts, it has to be pretty damn cool to be LeBron James. He would be the greatest basketball player alive if some people hadn’t sworn their souls and eternal loyalty to Michael Jeffrey Jordan and will die arguing to death that he’s not. He has been blessed with athletic abilities us mere mortals can only dream of. The closest we’ll ever come is maxing out our skill attributes on our 2K Create-A-Players. He is also one of the most famous and recognized celebrities in the world, on and off the court as his skills afford him the ability to be entrusted to hawk everything from Kia cars to Sprite (which he wouldn’t tell you to drink).

All of the aforementioned has brought Akron’s favorite son fame, acclaim and icon status. And cash. A lot of cash. How much cash, you may ask? A whole, WHOLE lot. That’s how much cash King James has been able to accumulate during his illustrious career. Enough even to afford a $21 million home in one of the most exclusive neighborhoods of Los Angeles, California. And while that money has allowed LBJ the ability to provide for his family, put his home boys through school so they could be his financial and legal team, and provide scholarships to thousands of youth from his hometown, there’s still one thing not even his hefty wallet could afford to put a down payment on.

Wednesday it was reported that James’ Brentwood home was vandalized with a racial slur. To be precise, it was the ‘n-word’ sprayed across the front gate of his home.

Sadly, nothing about this situation is new or even mildly surprising, as acts of intimidation against people of color are as American as apple pie. However, the optics of this incident, while also not surprising to those in the know, are still disheartening nonetheless.

First, the location. Most of us, whether consciously or subconsciously, quarantine racism to specific locals and setting. If I asked you to visualize racism, you’d more than likely picture a southern, country-esque backdrop. You’d probably imagine plaid shirts and overalls, with the stage being a small diner or a mom and pop convenience store. While many a story of bigotry and hatred occurred in spaces like that, it in no way encompasses the totality of where racism is alive and well. This was Cali. One of the most “liberal” states in the country. Cali didn’t mess with 45 last November. In a neighborhood that housed a $21 million dollar home no less! This was Gucci and Ferraris, not overalls and mud covered pickups. It is sadly easier for us to pretend that there are safe enclaves for Black folks, or to imagine that racism only occurs in certain parts of the country, than to deal with the reality that there is nowhere safe or welcoming for Black people in America.

Some have floated the idea that the perpetrators were outsiders; and not a part of the community where Bron sometimes resides. Even if that is true, and it is certainly within reason to be probable, it does not negate the fact James, through all of his ways and means, is still vulnerable to harm simply because of his genetic makeup. If a multi-millionaire like James cannot inoculate himself against racism, what hope is there for a Caller-ID screening, minimum payment due payer like me?

It is also somewhat ironic that this would happen to a player like James. Not because he is a black man, because this is right in line with what Black people experience in America. Yet, if there was ever a poster child for the clean cut Black person race apologists point to as the key to racial transcendence, it’d have to be James. In his 13+ year career LeBron has largely avoided any form of scandal. Sans-Decision, there is not a stain on LeBron’s personal record as a player in the League. No hidden mistresses, no arrests, no drugs. Not even the leaked meat pick that plagues most famous men in his position (cough, Draymond, cough).

Yet not even a pillar of his community like LeBron is granted a pass when it comes with the struggles of melanin producers in the good ‘ol U-S of A. If anything, the lone bright spot of this horrific incident is that it pokes yet another whole in the oft debunked theory that class trumps race. That one can achieve enough to be immune to the inhumanity of America’s Original Sin.

Surely this is small compensation for LeBron, who is aware that this is all a part of the package of being brown in America. He said as much in the Washington Post, who covered the incident, when he opined that, “…being Black in America is tough.” It’s hard to imagine now, with the 2017 incarnation, but College Dropout Kanye West said it best.