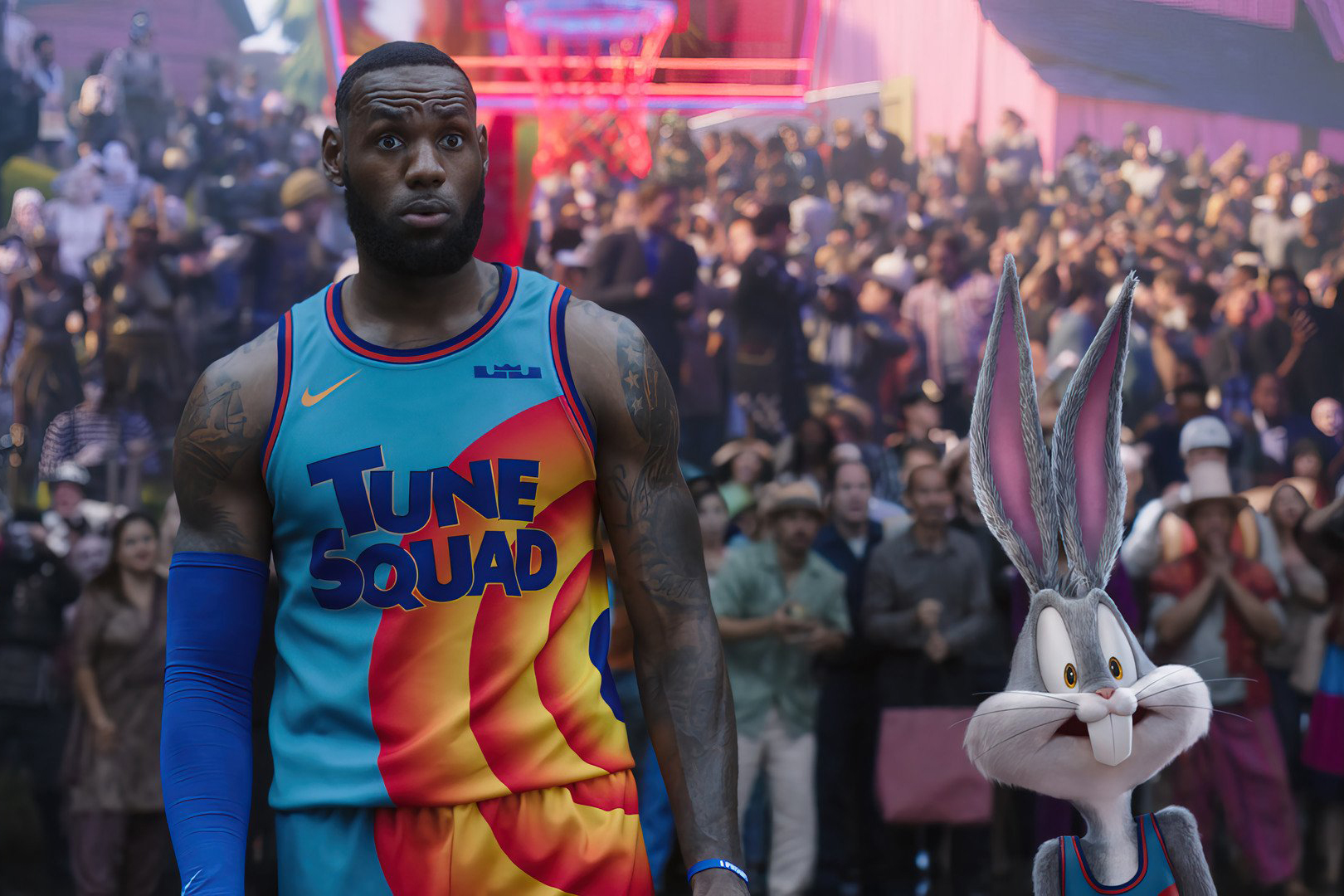 The time has come for a new Space Jam after a twenty-five-year hiatus. The anticipation was high for some but for others, a sequel was blasphemy to the classic original film. To be honest I was one of those who had skepticism. I went into this film not knowing what to expect. Taking over directorial duties in Space Jam: New legacy is Malcolm D. Lee who made his career by doing contemporary African American films; New Legacy is his first go at a big-budget studio film. I feel his direction worked, Lee was able to make a movie that’s not in his wheelhouse and was able to make it flow well especially comedically with all the moving parts.

In this iteration of Space Jam, we see a G.O.A.T. swapped for a King as LeBron James takes over the lead from Michael Jordan. This makes LeBron James’s first time leading a film on-screen though (His acting debut was a quick bit part in Amy’s Schumer’s Trainwreck). No, LeBron James is not a seasoned actor, but neither was Jordan. James was able to lead this film very well as the straight man and the writers and director knew to keep his range very short and not have him try to do too much.

Win the film starts we see LeBron James doing his Joe Jackson take as a hard nose dad pushing his son Dom (played by Cedric Jones) to achieve greatness following in his footsteps in basketball. But he’s completely oblivious that his son doesn’t want anything to do with basketball. This causes tension between the two where they later bump heads during a pitch meeting at Warner Bros Studios. Our villain Al G. Rhythm (Don Cheadle), an artificial intelligence program, gets pitched to Lebron and then rejected during the meeting. In retaliation, Al G. Rhythm transports Dom and LeBron James into the server universe where Al G. takes Dom hostage and forces LeBron to play him in a game of basketball to get his son back. That’s how the plot and the second act are set up and the story develops. I must say I rejected how they set up LeBron as a stereotypical Black father as we don’t get to see that many Black men as fathers on-screen. Black fatherhood is not a monolith, they are all not hyper-masculine, aggressive, and borderline abusive.

As the film progresses LeBron finds himself in Tune World where he meets Bugs Bunny who agrees to help him get his son back. So they go on a quest to find the best basketball players in Tune World. This is the part of the film I enjoyed because it had the Wreck-It Ralph feel. Malcolm D. Lee was able to access all of Warner Bros. intellectual properties which made for a lot of cameos. Just like the original Space Jam, the Looney Tunes are assembled but they are a shell of a basketball team. A lot of the comedy in the film comes from those scenes. For myself, there was a lot of nostalgia as I was nine years old when the original movie came out and it was an event. Jordan was just coming off a championship and that parallels Lebron and his recent championship. Adding to the popularity around the original movie, you had the release of the new Air Jordan’s and R. Kelly’s “I Believe I Can Fly” in rotation. It would’ve been nice to hear an R. Kelly ballad on the soundtrack twenty-five years later. Since he’s canceled for life, they were able to get Kirk Franklin and Lil Baby in a gospel banger “We Win”.

After an hour or so of setup, we finally get to the third act where the actual Space Jam takes place between an upgraded Tune Squad versus the Goon Squad which features the likeness of Anthony Davis, Damian Lillard, and a host of other NBA and WNBA players. Like in the original, Tune Squad in New Legacy doesn’t fair too well against the evil basketball team. Tune Squad has to reach into their bag of tricks to stay competitive. This is where each Looney Tune gets their individual shine but who steals the movie for me is Granny (she has Migos level ad-libs). The poignant part of the third act is when LeBron James realizes being a Black father and what that really means. He has a heart-to-heart with his son and this put things into motion where the Tune Squad starts to turn the tide and ultimately become victorious. New Legacy may not be the original but it’s a great kids film no matter how much backlash it’s going to get because of King James.