If your looking for mind numbing robot on robot on monster action then Pacific Rim: Uprising is your movie. Uprising is the sequel to the 2014 Guillermo del Toro directed Pacific Rim which garnered pretty good reviews. The movie did well at the box office thanks to Guillermo del Toro and his imaginative direction and ability to creatively world build, along with its top tier stars Idris Elba and Charlie Hunnam, who are notably absent from the sequel along with its director Del Toro. Stepping in for him is Steven Dekinght show runner of Marvel’s Daredevil series. 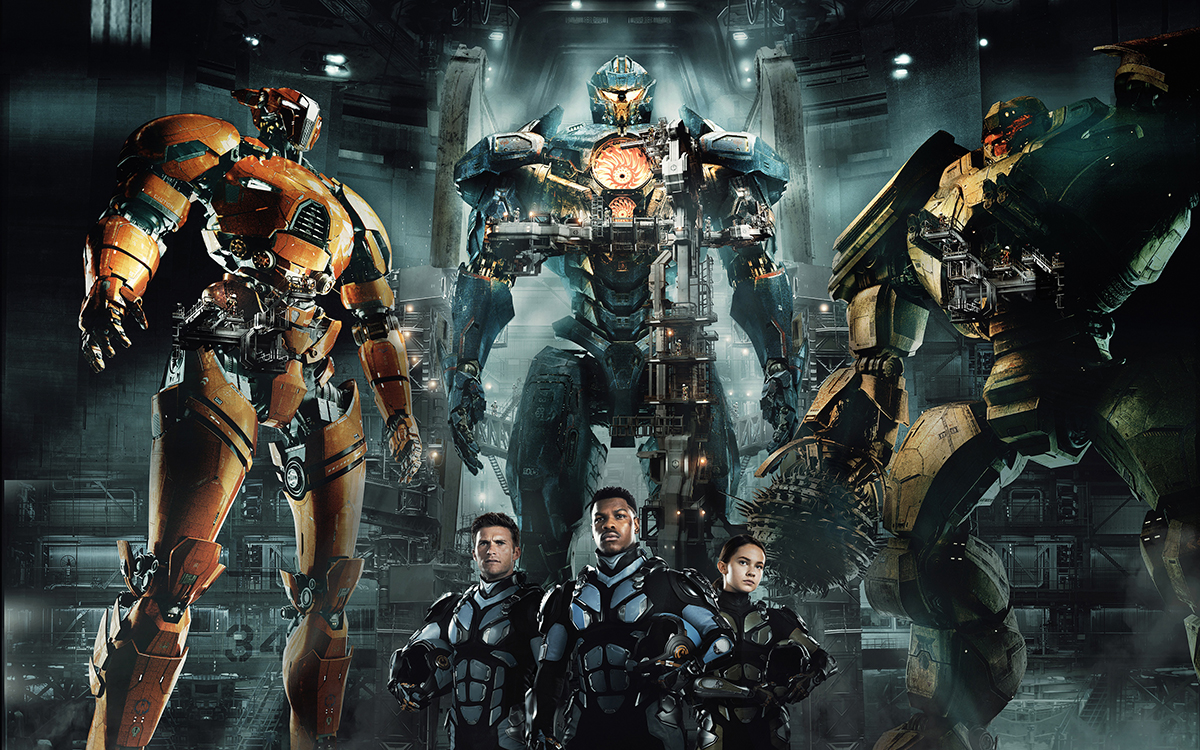 Set ten years after Pacific Rim, the film stars John Boyega as Jake Pentecost, the son of Idris Elba’s character from the first film. who moonlights as a black market thief selling jaegar parts (Jaegar = Mech/Giant Robots). Boyega has a lot of charm and charisma as we’ve seen in the Star Wars films, he brings more of that to Uprising. After a heist goes bad, Jake meets a young girl Amara (Cailee Spaeny) who has built her own jaegar out of scrap metal. Jake is ultimately caught by the authorities and faces a tough decision go to jail or join the jaeger training program. Jake agrees to join the jaegar program bringing Amara along with him. There he meets Scott Eastwood character who stands in as the token white boy of the film along with some of the characters from the original film played by Charlie Day and Rinko Kikuchi. The kaiju return (Kaiju = Giant Monters) after a notable absence sending in Jake and his team to battle to save the earth.

The underwritten characters and story really hurt this film unlike the original whom characters had heart and you felt for. Uprising weaves in characters you really don’t care for and manages to take a beloved character from the first film and make them one dimensional and silly. On top of the less than stellar writing, the direction bogged down this film; Uprising being Dekights first film really shows as he fails to balance the story with the action. Dekight chooses to be action heavy with the jaegar fight sequences that quickly become repetitive , boring and, mind numbing to watch. During the screening I caught myself looking at the time on multiple occasions or staring off into the theater complex uninterested with what was on the screen. Besides Boyega, this film has no redeeming qualities which is unfortunate because I was a fan of the franchise. Unfortunately I give this film a 4/10