Song of the Week: Juvenile – “Set It Off” 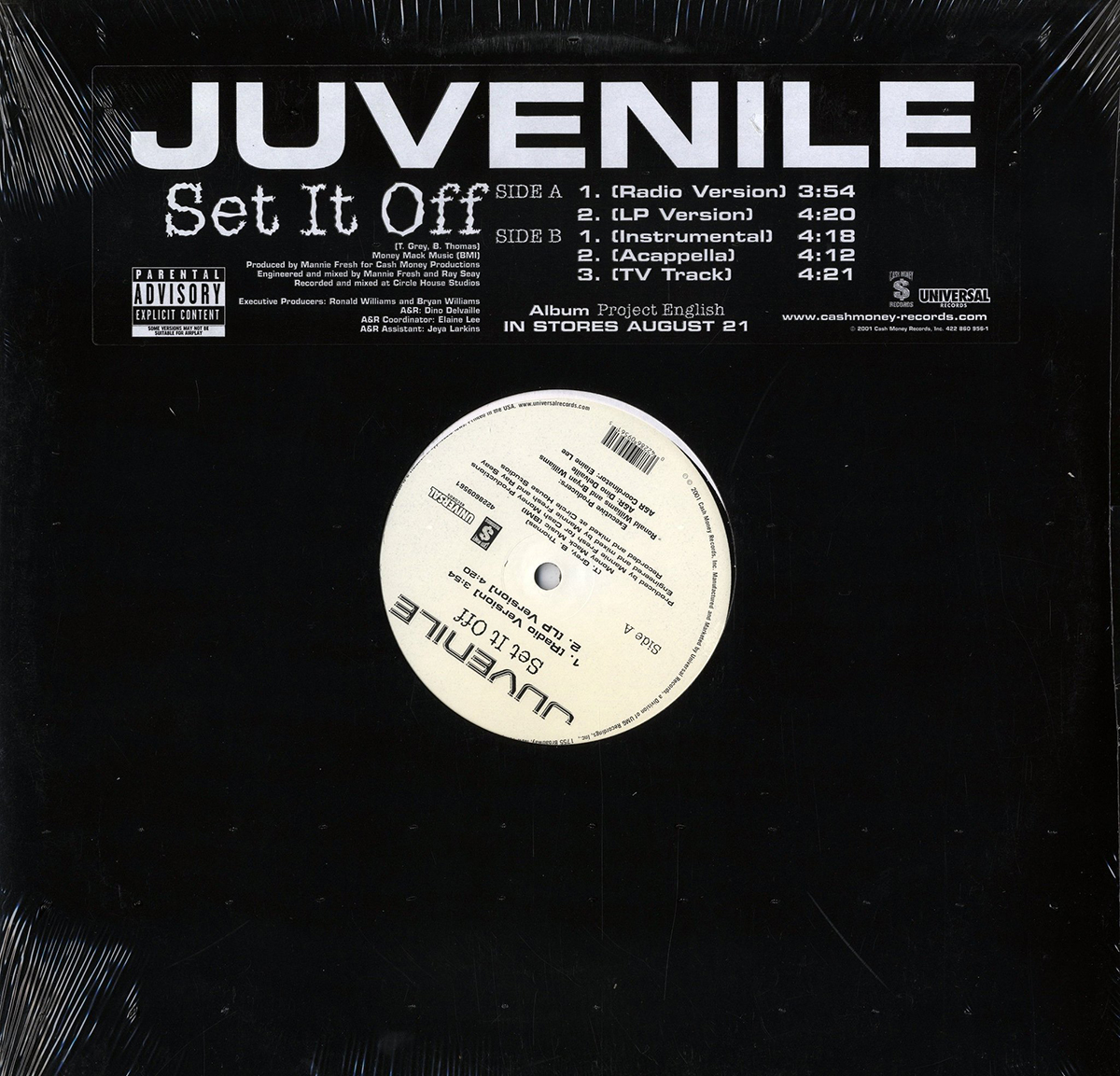 Last week was fun. Thanks to Drake and the release of his latest, “Nice For What”, I had the opportunity to hear several of my favorite podcasts nonchalantly reference New Orleans Bounce in their praise of the Murda Beatz and BlaqNMild produced, Big Freedia and 5th Ward Weebie featured single from the 6 God’s upcoming album, Scorpion to be released this June 28th. I laughed every time as they tried to make listeners believe that they were familiar to the genre created by New York group, The Showboys back in 86′ with the Cliff Hall produced Dragnet inspired “Drag Rap” or as it is commonly known as “Triggaman”.

I wanted to make this post after I saw a playlist dedicated to Bounce classic that made the Louisiana native in me reminisce from his Dallas apartment. UNLV’s “Drag Em N Tha River”, most famously known as member (R.I.P) Yella Boy’s diss to Mystikal, is a classic Bounce song produced by none other than the legendary Mannie Fresh back in 1996. For Juvenile’s 5th album, Project English, the great Manuela brought back the mix of the Dragnet theme song, ‘Halloween‘ score, and vocals from Mystikal’s “I’m On Fire” for one of the best songs ever from my favorite rapper of all time.

I always say that Bounce music is like Gospel music for me, not a fan of the genre, but there is always one song a year that you can’t escape. It wasn’t until last week when @tidal made a playlist that I realized that Bounce is a part of my DNA. I love anything New Orleans. It’s been like that since I could remember. I moved to Shreveport, Louisiana, when I was 4 years old and what I loved most she had so much soul. So many genres and cultures in the state shaped like a boot. I remember my oldest sister explaining who were the 504 Boyz. I remember my older sister telling me who were the Cash Money Millionaires. I thank all of New Orleans for keeping the music alive and I thank every person on IG I follow that is from New Orleans for sharing glimpses of a city that I have idolized and will always.

Various New Orleans rappers started off rhyming over Bounce beats with chants, call and responses and s/o’s to all of the wards of New Orleans. While having a Louisiana Hip-Hop appreciation night to myself, ended with going thru old Sqad Up songs, I found a recording of Soulja Slim aka Magnolia Slim performing at a block party ala Biggie freestyling in Brooklyn. Thank you, New Orleans, I love you.