If you’ve been on Netflix over the past few years you have probably came across a few Nazi horror themed films they are highly popular spawning its own subgenre. Overlord is the latest of the genre and one of the very few to make it into cinemas and it got a big push with producer J.J. Abram behind the film. 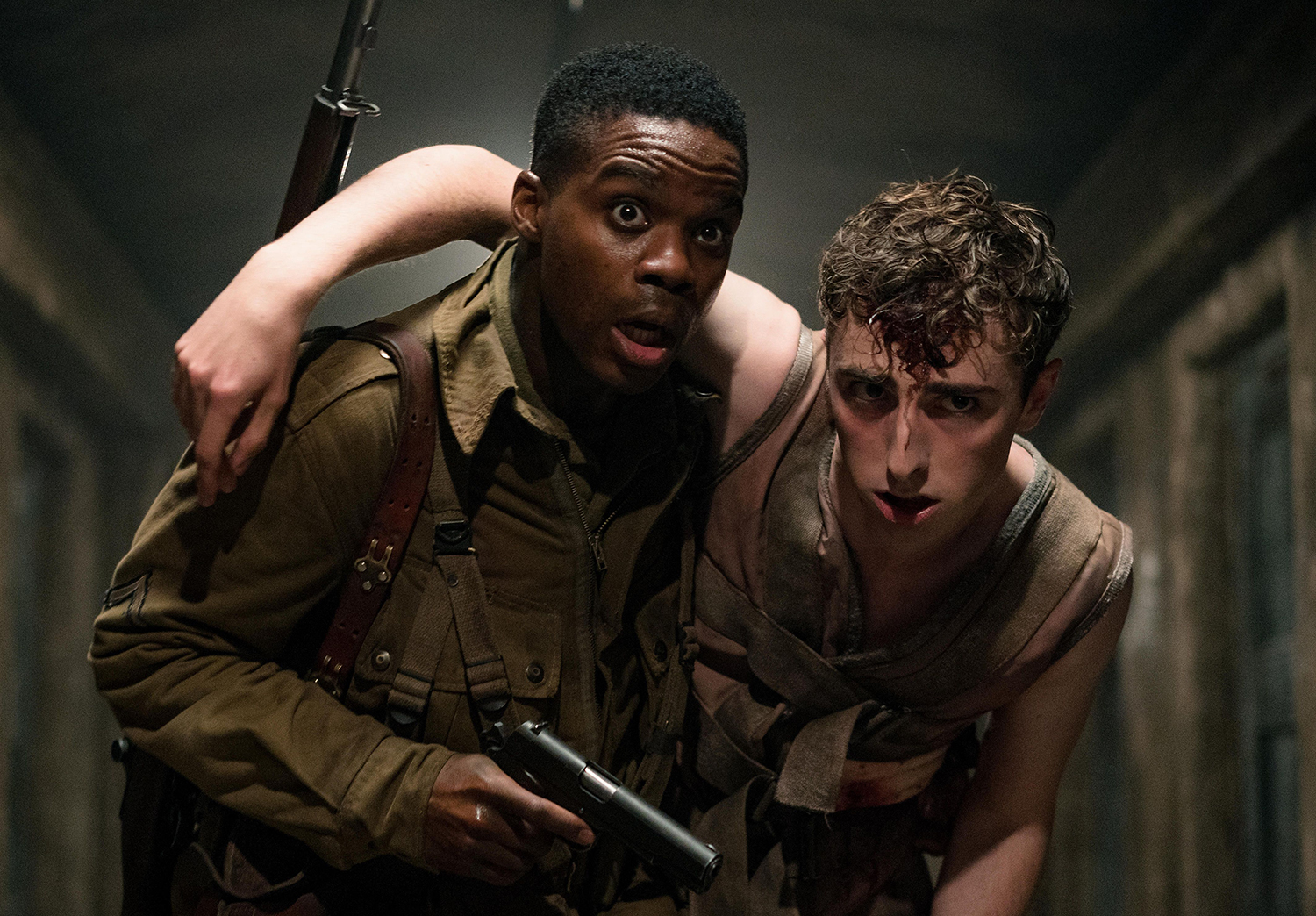 Overlord is the sophomore film from Australian director Julius Avery. The first act of the film plays like a high octane WWII sequence. The story follows a fleet of paratroopers led by Resin (Bokeem Woodbine) sent on a mission right before D-Day as the mission goes awry. The fleets few surviving soldiers Boyce (Jovan Adepo) and Ford (Wyatt Russell) look to finish out the mission and go into a Nazi occupied France and take out a radio tower. While on their mission Boyce and Ford meets Chloe (Mathilde Ollivier) who agrees to help them with their mission. Chloe hides them away in a her home surrounded by German solders and this is where the film becomes more condensed and slows the pace in the second act and the tension between characters thicken as Boyce starts to leave the compound and go on a independent mission on his own and investigate what the Nazis really are up to. His discovery sets the third act in motion taking the pace of the film from 0 to 60 real quick.

So much is happening on screen its hard to keep up but Avery mixes the horror and action perfectly. The direction with this film was great the director knew how long to stay in a scene and when to get out his stress building was spot on. Overall I really enjoyed this film and I give it 8/10