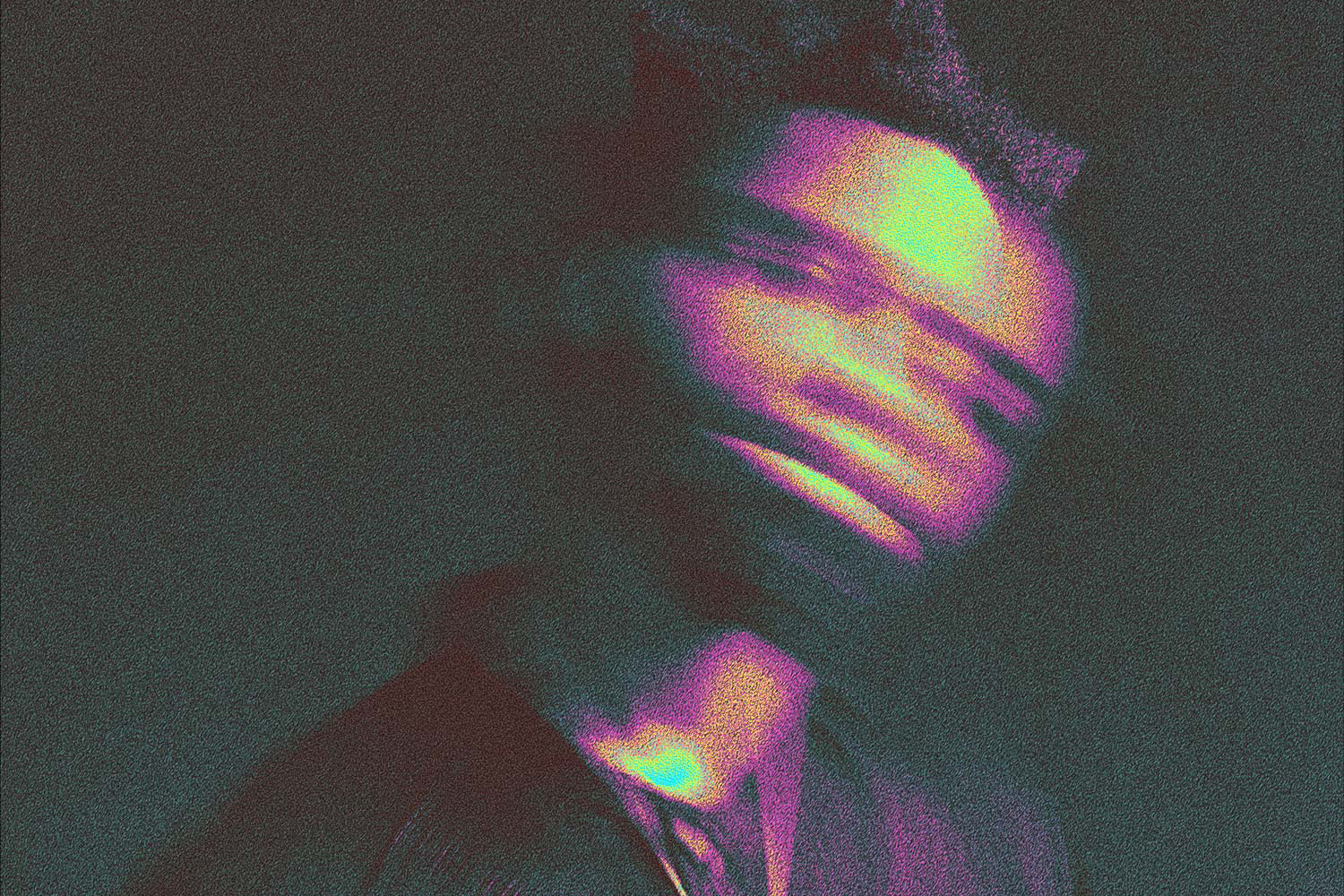 In my opinion, Denzel Curry does not get enough respect or notoriety in this rap game. If you go back to 2016 and the XXL Cypher he was a part of, notice how most of us panned Uzi, we panned Yachty, we panned 21 Savage, and we REALLY panned Kodak. I don’t recall Denzel really receiving any backlash. Hell, if anything, he was virtually ignored.

But Denzel Curry is more of a “let the music do the talking” type of artist. Proving time and time again how versatile of a rapper he can be, going from thought-provoking lyrical gems to mosh pit ready bangers. So, do I feel some type of way when “old-heads” throw him in the trap category because of that cypher? Or even songs like “Clout Cobain” or “Ultimate”??? Of course, I do.

Albums like Imperial or TA1300, in my opinion, should sit perfectly with the 2010’s best to offer but often goes overlooked. It’s been two to three years since we got a full-length project (not counting Unlocked) from Zeltron. Do we get something different? What state of mind is he in? Let’s find out with Melt My Eyez See Your Future!

1. Melt Session #1
Featuring & Produced by Robert Glasper
The instrumental keeps reminding me how much I need to dive into Robert Glasper’s work. I’ve heard his name around for years, and the closest I have gotten to that is his project with Common and Kareem Riggins (August Greene). This intro depicts Denzel’s personal growth in taking accountability for his past mistakes and reflecting on the reasons why those events may have occurred. He chooses not to let his actions define and determine the type of man he wants to be. The jazz-rap influence through the instrumental is a perfect backdrop for a verse like this. We’re off to a good start.

2. Walkin
Produced by Kal Banx
So, here’s the thing. I like this track, but I don’t love it, and I really want to love this more than I do. For some reason, this track misses me every time I come back to this LP, and it is just weird that I feel that way when everything is here. A soothing boom bap beat with an even more soothing vocal loop sampled throughout that transitions into a melodic trap track where Zeltron becomes more aggressive in the flow while still maintaining his way through the topical content. Maybe it runs too long? Maybe that will change as I continue to revisit this album throughout the year.

3. Worst Comes to Worst
Produced by Naz & Dot Da Genius
I get a serious 90s boom bap feel with this song, and it knocks. On this track, Zel uses the Four Horsemen to describe the turmoil taking place in the United States. Calling to God to make things better, but hey, don’t be surprised if God has left the building. Just look at the country right now. Either way, this was a song that has been in constant rotation since the album dropped and hasn’t left since. A strong highlight.

4. John Wayne
Featuring Buzzy Lee; Produced by JPEGMAFIA
By the time that I am writing this review, it will have been a whole week since the events that happened in Milwaukee, Buffalo & Laguna Woods took place. If you go back even further and you read the lyrics to the song, you realize how unfortunate it is that we need to protect ourselves from people that are supposed to protect us.

JPEGMAFIA produced this track, and I honestly wish I could get more into his actual music because his contribution to this track is dope.

5. The Last
Produced by HWLS & FNZ
The thought-provoking content continues where Zel waxes poetic on alcoholism, COVID-19, police brutality… cancel culture. This is a song reminiscent of what people know Zel most for: A bouncy, anthemic, melodic banger. This was another song that I had as a highlight for me, and if this was to pop off at one of his shows, I could see myself vibing. Another dope cut here.

6. Mental
Featuring Bridget Perez & Saul Williams; Produced by Elijah Fox, Mike Hector, & J Gramm
The backdrop is very calm and soothing and with that, compliments the hook by Bridget Perry and Zel’s verse, where he opens about his frustrations about the music industry. Bookended with spoken word by Saul Williams, as good as the track, it feels like the song never gets out of first gear, and before it can, it ends. Unfortunate. Still a good song, nonetheless.

7. Troubles
Featuring T-Pain; Produced by Powers Pleasant, DJ Khalil, & Kenny Beats
I wondered when Kenny Beats was going to show up with a beat. Carrying the energy of their Unlocked project, Zeltron comes through blending melody with his trademark aggression in the second half of the verse, followed by “Teddy Pinherazzdown” (is that how it is spelled?) to come through in the clutch. I don’t know what it is, but this year alone just reminded me how much we need to give T-Pain his flowers, bro. Another song that just ends before it can really get started, but still a dope cut.

8. Ain’t No Way
Featuring Jasiah, Rico Nasty, JID, & 6LACK; Produced by LO, Sucuki, & Powers Pleasant
The song is divided into three parts. 6LACK gets it started with a simple but effective chorus, while the beat builds behind him and when it comes through, just hits you over the head. It is a bit too repetitive for me, but it can work in other places. Rico Nasty, fresh off from dealing with Playboi Carti’s bitch-made fans, comes through rejuvenated and reading to cut throats (it has been a minute since I listened to her). After 6LACK’s chorus returns, JID and Zeltron come through to switch the energy to a more traditional Hip-Hop sound. JID’s verse ends before it could begin (disappointing), and Zel’s verse is serviceable. I thought that Run the Jewels reference was dope. A good cut, that KIND OF sounds like a mess.

I guess this is what y’all were looking for with that Kendrick album?

I guess this is how you blend a message (Zel raps about trends & consumerism) with something that these playlist ass people want to bump in the whip?

“Yeah, he saying something, but do it slap?” – A playlist ass nigga

The song is dope, however I will say, I’m still not on the fence with that hook. Just sounds goofy to me. Maybe he should have got Cudi on this record.

10. Angelz
Featuring Karriem Riggins; Produced by Mickey De Grand IV & Karriem Riggins
I’m not going to lie, I had this song and “Mental” confused for one another. Maybe it is because the song’s respective choruses sound similar to one another with the reverb over the woman’s vocals. I think this is what I am finding the issue with Zel as a rapper. While what he is saying is thought-provoking, a lot of it comes off as…surface level? That’s not to take away from his skill set, but it is something I think about when I ask myself why I don’t return to his work as often as I should, no matter how dope I think it is.

11. The Smell of Death
Produced by Mickey De Grand IV & Thundercat
I knew Thundercat had something to do with this record. Judging by the length of the song, it is exactly what it is. A song made to segue into the next song. It’s a glorified interlude. You are not missing much. Imagine if this actually was a song.

12. Sanjuro
Featuring 454; Produced by Yung Exclusive, Kal Banx, & Cardo
Zeltron talking hood shit on this cut, with DOOM and Lil Wayne references galore. It’s a good banger, not as strong as his other bangers, but good nonetheless. Once again, what takes me out of it is the hook. It sounds like a hook that Zel could have done himself and with more energy or have someone else other than whoever this was on here with more energy.

13. Zatoichi
Featuring slowthai; Produced by Jonnywood & Powers Pleasant
Outside of my Hip-Hop listening, I have been getting more into jungle and drum & bass music as of late, so to hear the beat switch up to that for slowthai’s chorus, just imagine if there were more collaborations between rappers and jungle DJs. A good track that feels shorter than what the track length suggests.

14. The Ills
Produced by Dot Da Genius & Noah Goldstein
The production of this song reminded me of some old Pharcyde, the type of song that Slim Kid Tre would sing on, like “Otha Fish” or “She Said.” Zeltron puts a cap on the album, declaring that he is becoming a better version of himself on an album where there was a lot of self-doubt and conflicts with his mental health to the point of looking for outside forces to help cope with the supposed ills.

Was that a shot at Kendrick?

Maybe it is a good thing that Denzel Curry is considered “underrated.” That way, there are no unrealistic expectations to come from fans, and the artist can make the art they want to make, and there are no long-lasting consequences to come from it. You can hide in the background, chill, make your art and let everyone come to you. Maybe Denzel will never make his way out of that “underground favorite” box or erase that “indie critical darling” label off of him. That is something you would have to ask him.

All in all, it is albums like this that show that Denzel Curry is more than what you saw back in 2016 on that XXL Cypher. He was guilty by association, but as the years follow, Zel can show and prove that he is more than all of that. Melt My Eyez See Your Future is a solid album that pays homage well to the 90s jazz-rap sound and gives us a better insight into his psyche over the last few years. I do wish that some of the songs were more fleshed out, as some of the songs that make up the middle portion of this album suffer from that, but that is what happens when you attempt to attract the shortening attention spans of Hip Hop fans these days. You have to play the game.

Even with the number of listens I have given this album, I still believe that I am only going to grow more in love with this as the months follow. For now, while I won’t say this is a classic by any means, I think this further proves that Denzel Curry needs to be in the conversation of the best that this new generation has to offer, and it is a solid effort in continuing the evolution of one of Hip-Hop’s most known unknown.