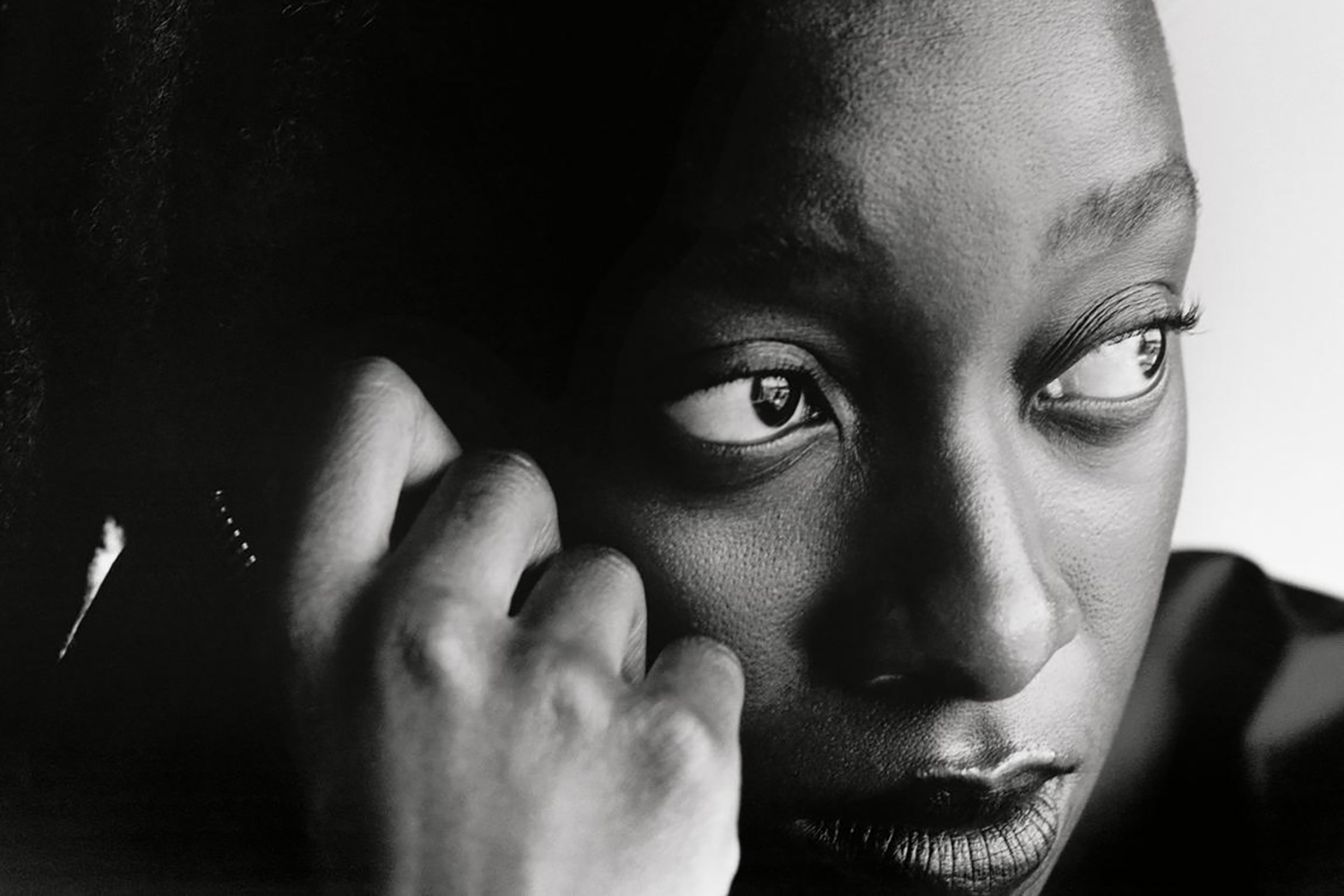 Little Simz is an emcee hailing from London, England. Now I will admit, outside of a song or two on my girlfriend’s Spotify playlist, I haven’t paid that much attention to her since she’s been out, but I been aware of her name and it’s been ringing bells in many a publication and internet critic (Fantano, I’m talking to you). So after finally checking out her universally acclaimed album Grey Area, it was only right to check out her new album and see what all the hype is about. So here we are, my thoughts in real-time on Sometimes I Might Be Introvert.

1. Introvert
Produced by Inflo
We’re already off to a grandiose start. Loud horns, strings give the intro a cinematic feel, and since I’m under the impression that this is gonna be a concept album, why not make it feel like a movie? Simz’s verses paint a vivid portrait of how we introverts think and how we process the world around us. How all these great things are happening, but underneath the surface, we repress our deepest fears and our darkest thoughts and the struggle to expose our emotions even when we are going through pain. It’s almost as if we’re numb to it. From writer’s block to the fear of success to living in poverty to today’s societal climate, it’s all discussed here and is poignant to where Simz is going to get her point across.

2. Woman
Featuring Cleo Sol; Produced by Inflo
Simz salutes women of all types on this one. Cleo Sol is becoming one of my favorites since I discovered her on Apple Music a few weeks ago. She has a new album out now so check it out. The voicemail from the mom is funny because that is EXACTLY how and what you expect a mom to act and say.

3. Two Worlds Apart
Produced by Inflo
The Smokey Robinson sample is lush and Simz’s laid-back flow makes the song. Not as strong as the first two and I probably won’t go back to it outside of the context of album listening, but if laid-back is your vibe, give it a listen.

4. I Love You, I Hate You
Produced by Inflo
The horns from “Introvert” are back and are the perfect backdrop for Simz to drop gems. In the first verse, it appears she’s talking to herself addressing the pressure she faces as an artist, and later does a 180 to where she’s speaking to her father. The second and third verse hits hard because as someone who never had a relationship with his father, your emotions range from anger to sadness to blaming him to blaming yourself and that messes with you until you’re finally able to deal and find closure. This is a standout track, in more ways than one.

5. Little Q Pt. 1 (Interlude)/6. Little Q Pt. 2
Produced by Inflo
Judging from the interlude and the first few bars in the first verse, this is a song dedicated to her brother who is currently incarcerated. More so a tale of growing up in the streets and dealing with everything that comes with. In love with the chorus as it’s to balance out the pain with just a shred of hope and optimism. An uplifting track.

7. Gems (Interlude)
Produced by Inflo
I listen to this and I instantly just think of like a dramatic Cinderella story. It’s like Simz is talking to her conscience or the voice in her head when feeling in doubt. And the backdrop makes it feel like it’s a dream sequence of some sort.

8. Speed
Produced by Inflo
Here comes that REAL HIP-HOP! Lol. But no, this is more Simz flexing lyrically with braggadocio bars. Really nothing to it outside of that, but if that’s your steez with an instrumental that knocks, give this a try. Liking this.

9. Standing Ovation
Produced by Inflo
This track feels so urgent. Like that feeling you get when you know the stakes are high. This song is basically Simz’s mission statement and it’s no surprise why I’ve seen people I follow say this is THEIR favorite track from this album. And now it’s one of mines. See how things come full circle? Lol.

10. I See You
Featuring Cleo Sol; Produced by Miles James & Inflo
Another Simz/Cleo Sol collab. These the kind of Hip-Hop love songs that I love. Sophisticated, smooth, poetic, and using imagery that can be appreciated; nothing outright direct like a Too $hort song. The first listen I wasn’t feeling it as much as their other collabs on this album but revisiting it, it’s gotten up there as one of my favorites.

11. The Rapper That Came to Tea (Interlude)
Produced by Inflo
Cinderella break. But gems here.

What’s the price that’s worth your freedom?

12. Rollin Stone
Produced by Jakwob & Inflo
Since she referenced both and this kind of gives a UK drill feel here, any chance we’re getting a Stormzy or Headie One remix in the future? The first half is very aggressive and as the beat slows down, the flow gets more in tune with the drum pattern. Genius made it appear that there is something to go with the story/theme as to why she sounds aligned with her braggadocio side here but it will take another full listen to hear.

13. Protect My Energy
Produced by Inflo
A bit of a detour from what we’ve been getting. This steers more towards the pop lane than any of the other songs. This is where she’s basically describing her introverted nature of having to keep her guard up and protect herself from anything that disturbs that peace. I thought I wouldn’t rock with it, but it’s in my head now. It’s that catchy.

15. Point and Kill
Featuring Obongjayar; Produced by Inflo
The guest features reminded me a lot of Pharrell’s falsetto. I appreciate the content on this track but this is probably the first track that I didn’t really enjoy throughout. Maybe I was waiting for it to go somewhere and it didn’t for me. But if you like it, keep liking it.

16. Fear No Man
Produced by Inflo
The song is pretty straightforward with what it’s directed towards. Definitely in love with the instrumental and Simz’s flow. Nothing too crazy lyrically but she raps as if she’s got something to prove and that is more than enough.

17. The Garden (Interlude)
Produced by Inflo
Last Cinderella break but now the voice is giving Simz some advice on how to navigate through the world and a quote that sticks out the most that I’ve often been told a lot, is to get out of my head. The task is difficult but with the right amount of work it can be done.

18. How Did You Get Here
Produced by Inflo
The bridge often reminds me of that Deborah Cox song. But outside of that, this song is motivational. Reflecting on past teachings, past experiences, and looking towards the future. A line that sticks out is when she talks about listening to her old material and thinking that all it took was patience. I’m like that sometimes with my music and while I’m nowhere near where I would like to be as far as success, not that I’m even chasing mainstream…anything, but I know that my definition of success is out there and all it takes is patience.

19. Miss Understood
Produced by Inflo
A laid-back and relaxed closer, where it seems Simz is finally coming to terms with where she is, who she is and where to go next.

I write words for a livin’ and still can’t communicate
Honesty is in my bones, I can’t do the fake
Life’s too short and I’ve seen too many tears
I’ve come too far for me to be consumed by my fears

Plain and simply put, this is grown Hip-Hop at its finest, surrounded by a topic that often gets ignored or if you look at mainstream Hip-Hop; more glamorized than anything. On SIMBI, this is raw, honest, and revealing. As someone who also struggles with mental health, it’s often difficult to find the right ways to communicate what’s bothering you, to anyone ranging from a loved one or a total stranger, no matter how minuscule the issue could be. But Simz shows little to no fear, exposing herself to the world and in the process, learning not to care.

This bottom line may be too deep here, but personally, I appreciate when rappers are not only great at shit talking but are self-aware to know when it’s time to express humility. It’s gonna take a couple more listens to grasp the impact of these songs, but this is already high on my list for 2021. Is it a classic? Time will tell, but in a year where there are many contenders for best album (if you get off RapCaviar or wherever you get new music from), it was made known that you came to hear Little Simz and you left getting to know Simbi.