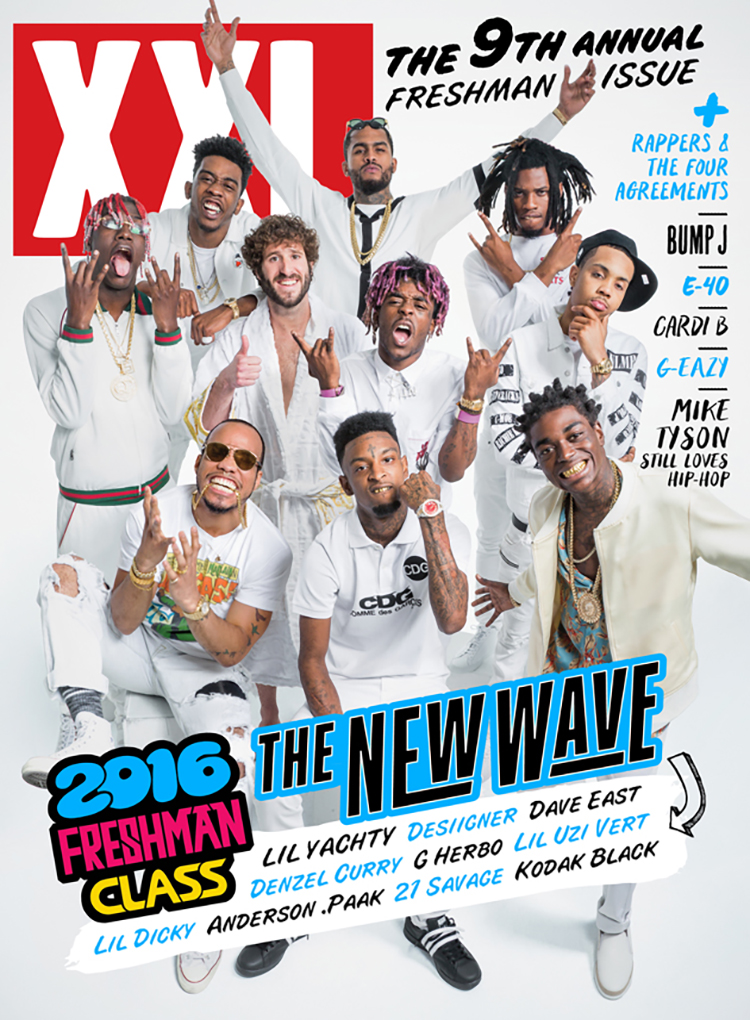 It’s that time again. XXL releases their annual list (and cover) on who they think is the hottest upcoming rappers of the year. And while XXL’s Freshman Class isn’t as relevant as it once was, it’s still cool to look at the list and debate on should or shouldn’t be mentioned. Here’s XXL’s 2016 Freshman Class:

You know what? This isn’t a terrible list. I only fuck with half the people on the list and as an old man, that’s a pretty good average. Shout out to G Herbo, Lil’ Dicky, Dave East, Anderson .Paak, & Kodak Back. Behind-the-Scenes look at the 2016 XXL Freshman Class cover shoot below.