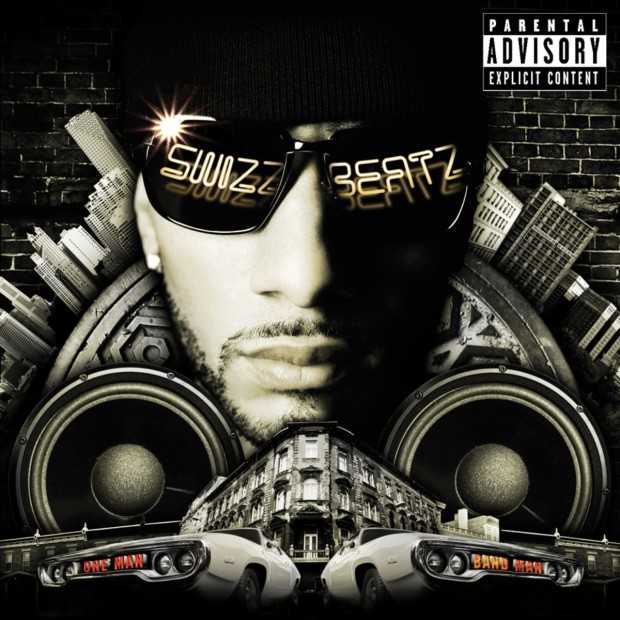 Swizz Beatz drops his first official solo effort, titled One Man Band Man. Swizz often lets his production speak for him, on this one he takes more time in the booth and voila, there you have it, the One Man Band Man. After putting other projects before his, he finally decided to put out a full solo. How will Swizz fair in today’s rough climate? Let us see!

The album starts off with “Product Man”, the beat is hot and Swizzy’s rhymes are pretty decent. The album starts off pretty good! Next up is “It’s Me Bitches”, you know this is Swizz at his best. Energetic beat to have the clubs jumping, and some nice delivery to have the crowd chanting along. “Big Munny” follows and this is the first slip up on the album. The hook isn’t that good; the beat is suspect, so I can’t vouch for this one…SKIP! Drag-On makes an appearance on “Bust Ya Gunz”. I don’t know if this is the remix, but the beat is banging! Swizz was in the kitchen on this one (Actually, Needlz produced this track). The time off must have done some good for Drag, because he put out a flaming sixteen. Bang this one! “You Know Your Boy Did That” follows, and once again Swizzy puts out a hot beat. On this one the lyrics are okay, but the beat overshadows him. “The Funeral” is next, and Swizz changed gears and slowed the tempo down, and got retrospective on this track. It’s good to see a different side of Swizz. “Take a Picture” is a rip of “Lovely Day”, and I don’t like this one! It sounds so Puffy-ish! Nah, Swizz you could have kept this one. “Top Down” is the next song and from the initial listen you can hear the vintage sound beat. The beat is hot; Swizz just didn’t give the production its due on this one. “Money in the Bank” is surely to be a club banger, the production has nightclub written all over it. The heavy bass line and sing a long chorus will make this one perfect for the clubs. “Part of the Plan” is next and the production is not good on this one. Swizz tried to go the slow tempo on this one, and it didn’t go as planned. SKIP! Next up is a “Snoop Skit”, and it’s just an intro for the next song “It’s Me Bitches (remix)”. You know you can’t have an album these days without Lil’ Wayne! He and R. Kelly make an appearance on the remix. Weezy pulls out the reggae flow out, and R. Kelly does his rap/sing thing, and Jada drops a mini sixteen to the “C.R.E.A.M.”. beat. But if you listen to it, Wayne raps just like Swizz on this one. But the song is still hot!

Bottom Line:
Overall the album was better than expected. I still don’t think Swizz is the best rapper alive, he might be the best producer/MC. I didn’t say MC/producer! (Kanye West) All in all, Swizzy put together a solid effort and gave the listeners some energetic music to dance to. This album isn’t going to make major noise on the charts, but it will get heavy airplay in the clubs.