The King Lives On… 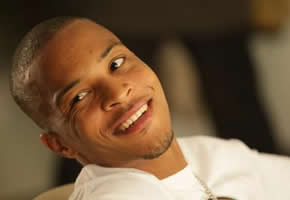 Alright, like you all know, T.I. has claimed several times to be the “King of the South”, which has caused a lot of beefs in his career, including with Lil’ Flip (Pardon me: I had to laugh at that…), and more prominently, Ludacris: I’m still waiting on a full-out lyrical war between those two; it could be a southern throwback to the Nas vs. Jay-Z thing. Anyway, beyond King of the South, T.I. has been known to be the only famous rapper from Bankhead, while the rest of his group, the P$C (Pimp Squad Clique) were playing second fiddle. Then when T.I. got caught with firearms in October, many people thought that was it: he faced up to 10 years in jail! I guess everyone else thought that was it too, because Luda announced another album, and Shawty LO (also from Bankhead) began taking shots at T.I. from his debut album (which got less than 3 stars here at nappyafro).

A LOT of bullshit tracks from Paper Trail have been leaked, like “Whatever You Like” and “Like I Do”, so I’m intentionally leaving those off because they, well, suck. The tracks I’m giving you guys from Paper Trail are the tracks that SHOULD have been the singles, and I know I’m not alone in thinking that. Before you say, “But he put the songs on his MySpace!” No! I want to see full-fledged video and downloadable singles, not this street shit: how can you make “Whatever You Like” you’re lead single when you have joints like this?!?

But I digress: The three songs I have for you on this installment of Boomin’ From The Stoop are “What’s Up, What’s Happening”, “Swing Ya Rag”, and “A Better Day”. “What’s Up, What’s Happening” was supposed to be the first single originally, but then it was leaked: it’s about people who doubted him when he was down. “Swing Ya Rag” feels like “Bring ‘Em Out” 2008, and it’s really hot! Finally, “A Better Day” is one of those really emotional T.I. tracks; I think he’s at his best when does tracks like this. Anyway, enjoy these non-commercialized tracks off Paper Trail, which is coming out September 30th. Remember, you got these tracks straight from The Stoop!