Top 10 Female MC’s Of All Time 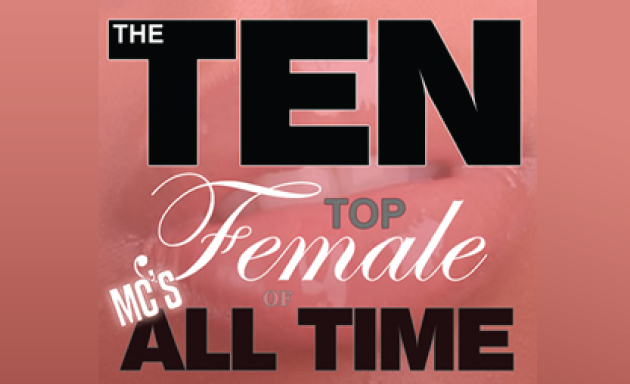 In today’s Rap game, the female MC is a dying breed. Yea, you still see lady rappers here and there, but not like back in the day. It used to be you had to have a female in the crew, but now, it seems their not detrimental (Ex. Jay-Z dropped Amil and never replaced her). So here we at nappyafro.com decided to give our list for the Top Ten Females MC’s of All Time. Debate. Enjoy. Hate. Leave a comment at the bottom.

Not only was she the best female MC of all-time; she could hold her own against most of the guys in her day.

Before she got into the baby making business, Ms. Hill was dynamite behind the microphone.

She didn’t pen all of her rhymes, but she brought “sexy” to Hip-Hop

The first female to go toe-to-toe with the fellas, and sometime come out on top!

The first female to go platinum, but she wasn’t just a commercial success. Da B-R-A-T had some serious rhymes with her.

She was all about unity and empowerment of the Black sisters while still making in a male dominated market.

Lyrically, the best artist out of the No Limit camp.

Never got her due with Flipmode because of a pregnancy, but Digga can hold it down with the heavyweights. See “Touch It” (remix)!

Still striving to get out of Pun’s shadow and make a name for herself without Fat Joe. But don’t get it twisted; Remy is sick on the mic.