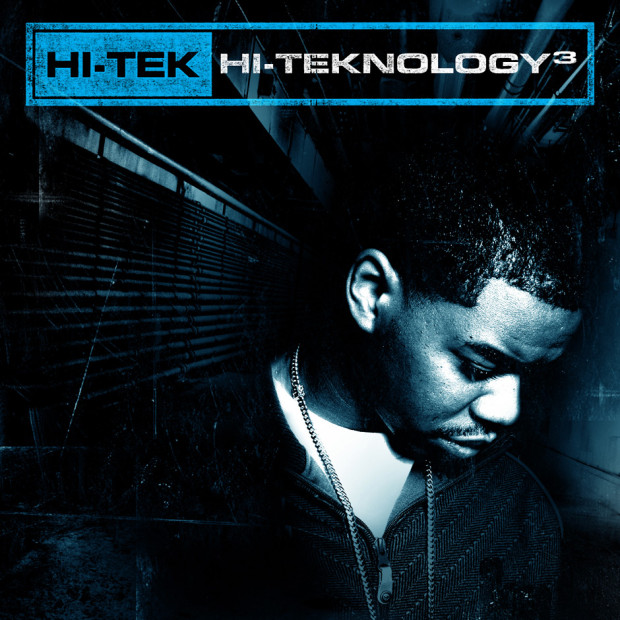 Hi-Tek has easily left a legacy of music that puts him in the upper echelon of Hip-Hop producers in the game, but he lacks the push that other producers have received. Tek rarely stumbles with his talent over name style of selection, and a bottomless soul that creates pristine musical landscapes from laid back to banger. As his music catalogue has proven, no reason to expect this one to be any different. (Track 1 is an “Intro”, 3 is an “Interlude”, & track 15 is “Outtro”)

2. “Life To Me”
Featuring Estelle
So, when this came on, I checked what CD I put in a few times. This has a very soulful sound to it and is a well crafted track. Estelle does her thing blessing this track with the British flair. Very nice.

4. “My Piano”
Featuring Ghostface Killah, Raekwon, & Dion
I can admit that I have a soft ear for guitars and horns on hip hop tracks. That can only be trumped by well done guitars and horns coupled with serious lyrics. Ghostface spits on this track like a man possessed and Raekwon stays true to his demeanor and balances it all out over a Tek classic. Insane track.
5. “God’s Plan”
Featuring Young Buck & Outlawz
This is a darker track that speaks on Pac, Biggie, and the war in Iraq and other issues. Basically, its gospel to Tek beat, not bad.

6. “Ohio All Stars”
Featuring Cross, Showtime, Mann, & Chip The Rippa
The cipher is Hip-Hop at its truest form. This track comes across like a cipher no doubt. Tek gives them a beat that lends itself nicely to the flows and styles of the crew and they all put it down real big. Love this song. You Natti heads, Midwest folks, definitely check this out.

8. “I’m Back”
Featuring Rem Dog
Atlanta stand up!!! From what I have found out, Rem Dog rolls with Jeezy. Beat sounds like it was constructed for Rem (good job Tek.). “If you think I’m pussy muthafucka come douche me.” If you like overt grandstanding and swagger-mouth music, take a listen, not my thing, but do you.

9. “Kill You”
Featuring Push Montana
“Hit em’ up as soon as the light switch / murda you an’ all yo dogs call me Mike Vick / but I’m a different type of ni99a I don’t fight Pits / I shoot Bulldogs, and end ya’ life dick” Push Montana has a flow as refreshing as his name. The creativity and humor is dope, kinda makes you not mind the murder rap. Very nice track, even with the ominous “Kill You” chant in the background.

10. “Handling My Business”
Featuring Lep, Count, Big D, & M-1
Probably my least favorite song on the CD. The beat is that ticky ticky bounce stuff with some very uninspired lyrics and styles on this one. Couple that with more hustle talk and this one is a bore

11. “Come Get It (Tekrumentals)”
Featuring T-Pain
It’s just good music. The chimes and production make you DARE someone to rap over them. T-Pain is very subdued and outside of seeing his name, you wouldn’t notice him there at all.

12. “Step Ya Game Up”
Featuring Little Brother & Dion
Currently the ringtone when my wife calls. This version of the song offers another verse than what is on the GetBack version and it fits in ok. Hard to hate this track, its damn near flawless.

13. “Know Me”
Featuring Jonell
He opened this one with a female, brings in another for this track. Jonell has the determination to make it in this biz and this track proves that she has the talent as well. Tek did a helluva job with this one and leaves you wanting more from Jonell. I know my ears perked up.

14. “Time”
Featuring Talib Kweli & Dion
No, this isn’t a hold out from Reflection Eternal, but damn, it sure feels good. Talib is at the top of his game right now and he does his damn thizzle on this one. Hi-Tek most definitely saved the best for last.

Bottom Line:
Compilation CD’s like this only come around once in a while, usually. This year we were blessed with 2. The production is complete and the delivery and concepts on this album complete the picture. The mix of legends, stars, and unknowns lends itself to one of the best sounding albums of 2007 and a great way to end the year. If you got the leak, buy it, buy two. THIS is what Hip-Hop is about.