Rick Ross On XXL Cover/The Game On The Source 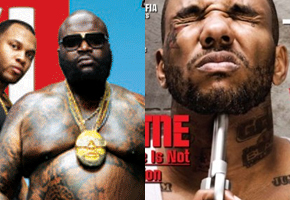 Both covers of the July issues of The Source & XXL have been released this week. I’m a fan of Rick Ross and all, but I have to admit that he gets a TECHNICAL foul for gracing the cover of XXL like that! He’s repping for the big dudes, but he could do it in a more tasteful manner! He’s not bringing SEXY back to the big men with that photo! Now if I was cruising through Carol City and I saw him washing his car like that, I would think it was cool. But on the front of a magazine that’s on my table…HELL NAH!

Look at the look on Khaled’s face; he knows Ross is wrong for that one. Now Ross isn’t the only one that should catch flack for a cover. 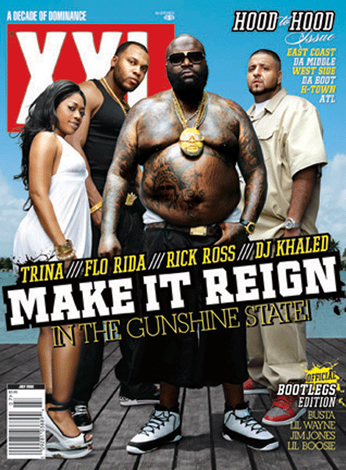 The kid Game is pictured with a pistol to his head? What is his management thinking? I know this is got internet sites buzzing, but is it really a good look for HIP-HOP? We are already public enemy #1, so why compound the problem with pictures like this. I don’t put the whole blame on the Game; I put the blame on The Source magazine for okaying the spread! It’s all about the money, and they could care less about the game (pun intended!) 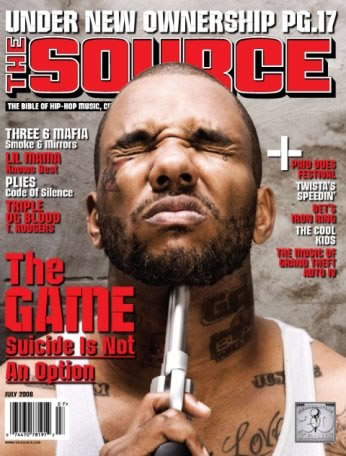