The DJ’s Are Taking A Stand? 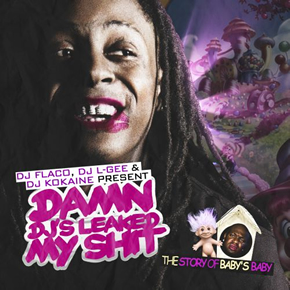 So DJ’s are coming together to diss Lil’ Wayne. We aren’t vouching for anything that Weezy says, but it’s obvious that the DJ’s got it out for him! Check out the cover of the mixtape that a group of DJ’s put out. Quite funny! While it has all the songs from the album, it has some more mixtape joints on there. My question is this, so you are mad at Wayne, but you’re still releasing mixtapes with his name on it? Did I miss something here? He said, “Fuck you” and instead of putting someone else on the mixtape, you go back with Weezy because he does NUMBERS!

Speaking of DJ’s, Jermaine Dupri has upset Greg Street with his latest comments about the DJ being DEAD! Damn JD, it’s like that? Well if you haven’t seen the clips, here is the one from JD and the rebuttal from Greg Street. Greg goes in on JD, but I want to know where I can get one of those chess boards from.