Boomin’ From The Stoop: Philadelphia Freeway STILL On His Grind 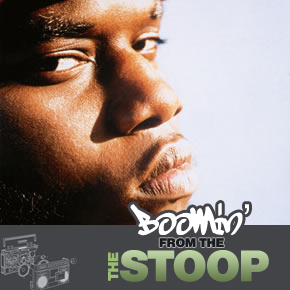 It seemed like Freeway was absolutely finished after getting dropped by the NEW Def Jam President, L.A. Reid in May. Jay was powerless to do anything since Roc-A-Fella is now owned by Def Jam, and Freeway was saved by a joint-venture: I guess now he’s signed to G-Unit or something, since he had a joint venture between Roc-A-Fella and G-Unit, but you know how they’re doing: T.O.S. did disapointing numbers, mainly because people are STILL blasting Lil’ Wayne and Nas came out with Untitled (finally!).

But with all that, I couldn’t see Freeway making another record. Well, low and behold, I was wrong! In fact, Young Chris has been doing the same thing, but I’ll get to him later. Free has been releasing brand new tracks for 2008 and leaking them willingly to the internet, I guess to start a buzz. Each track is really short, under 3 minutes, but they’re really good; how come Free wasn’t on that Vibe roster?? He’s easily better than most of the rappers they had on there. I heard 5 that he had put out, but I could only find 4 of the 5 tracks: don’t worry: the one he did over Nas’ “Hero” that I couldn’t find was alright, but he needs to stop trying to sing!

The 1st of the tracks I got is “Freedom of Speech”, and this is Freeway at an incredibly lyrical level, more than I’ve heard in awhile. The 2nd of the tracks is “A 2 B”, which is hot as hell; I downloaded it and it’s been bangin’ often. 3rd track is “Let the Heat Build”, a freestyle done by Freeway over the “Let The Beat Build” track with another new rapper, Hollewood, who isn’t bad! The last track is “Flowmaster”, and this one is done over an old beat, Bank’s “Ain’t No Click”, and he makes it sound pretty good: I like the line: “Hood Osama/Freeway Obama”. Every rapper nowadays HAS to compare themselves to Obama, don’t they? I think Jay-Z was the first on “You’re Welcome” (I think Common on “Why (remix)” or Juelz Santana’s freestyle over “Black Republicans” may contest though). Anyway, here’s the links to the tracks below. Shoutout to the Hear It First and Street Exclusives for the links. Enjoy these tracks straight from The Stoop!