Reppin’ Brooklyn to the fullest and wearing his hate for rich rappers as a badge of honor, The Madd Rapper is quite frankly hilarious. As the creation and alter ego of producer Deric “D-Dot” Angelettie, The Madd Rapper first got major exposure on the intro of The Notorious B.I.G.’s “Kick In The Door” off Life After Death (The best Biggie song of all time in my opinion). He epitomized the hating, strictly east coast rappers that filled the scene at the time of his debut. After popularizing the verb use of “John Blaze”, The Madd Rapper then went on the pop up on most of the then preceding Bad Boy releases via skits and a few rare guest spots here and there with other artists (Who can forget him on the chorus of 50 Cent’s “How To Rob”). He most of the time was accompanied by his partner, The Madd Producer, who also had a lot of hate towards successful producers. This all culminated in the release of his very own album, Tell ‘Em Why You Madd. The album didn’t really live up to standards in way of comedy and beats (D-Dot was on Puffy’s Hitmen crew who had a big hand in the label’s early success). So then, we heard nothing. But then this year, The Madd Rapper started to turn out some new material. He first reappeared on DJ Drama’s official Gangsta Grillz album by way of an interlude. Then he appeared a song of his own called “Brooklyn Lets Go” featuring Brooklyn bred rappers like Red Cafe, Maino, Wais P, Papoose, & Joell Ortiz. The Madd Rapper also recently did a freestyle over Mikey Factz’s “Incredible”, but that really wasn’t notable. So you ask, why all this rambling about a fictional rapper that has received minimal recognition? Well, let me show you… 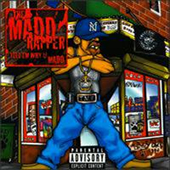 Tell ‘Em Why You Madd (2000)
Yea this was by far the best track of Madd Rapper’s album. The beat, provided by Swizz Beatz (I think), was hot and the lyrics/delivery was surprisingly good. Even though the Madd Rapper creation was basically a big joke he sometimes surprised you with talent: “Crazy Cat, mic or gat/Hoes, I like ‘em phat/Shows I like ‘em pack screaming like Michael Jack/Whether is rolled or inna pipe I’m lighting that/Whether is guns or fistfights we fighting back”. 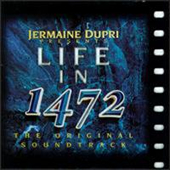 Life In 1472 (1998)
This is a really overlooked track. The funny thing here it that DMX was in his prime and surprisingly got outdid by The Madd Rapper. I guess with all of Jermaine Dupri’s flossing and X’s ruggedness, it all looks kinda ridiculous beside Madd Rapper’s funniness: “That’s why my women ain’t dimes/Not even close to 9’s/Sorta like 5 and 6’s with scares and stitches/Type of bitches/That spit in your face like Alomar/Broke hoes without a car/stashing fruit from a salad bar”. 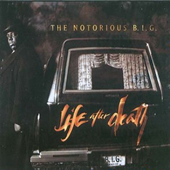 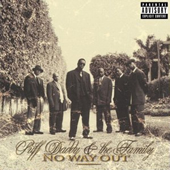 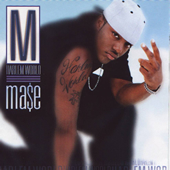