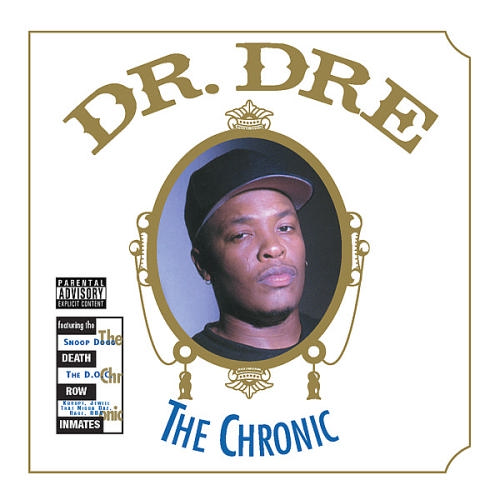 The year was 1992 and I was a freshman in high school. Little did I know that this CD would forever change the climate of Hip-Hop. Everyone knew who Dr. Dre was, but the world wasn’t prepared for what was about to happen. Snoop Doggy Dogg, Dat Nigga Daz, Kurupt, Lady of Rage, RBX, The D.O.C, Nate Dogg, and Warren G were about to become household names after this album dropped. The album cover itself was a replica of a pack of Zig-Zag rolling papers. That isn’t what made this classic, what made it classic was the material on the inside. Dre had left Ruthless Records to start a new company, Death Row Records, with one of the most feared men in Hip-Hop history, Suge Knight. The two were about to usher in a new sound and shift the power from the East to the West. This album is deemed a classic by every publication that knows what Hip-Hop is about. Enough of the intro, let me tell you why this album is one of the best ever made. This album incorporates that Parliament Funkadelic sound to many of its songs. This sound along with the perfection of Dre behind the boards redefined what the West Coast sound is. The first released single “Nuthin but a G Thang” is still regarded as one of the best songs ever. This also introduced the world to Snoop Doggy Dogg, and what began his run in the top spot of the rap game. Who can forget the video of them playing volleyball, or the little kid dancing to the beat? The second single was “Fuck wit Dre Day” and I will never forget blowing the speakers in moms floor model TV when this video came on! The song, which was a diss to Eazy-E, Tim Dogg, and Uncle Luke, is still one of the best diss songs ever made. This album had introduced the world to life on the Westside with its gritty tales about street life “Lil’ Ghetto Boy”, about no good women “Bitches Ain’t Shit”, and current events of what was going on in the aftermath of the L.A. riots, “The Day the Niggaz Took Over”. This album not only cemented Dr. Dre in Hip-Hop history, but it also cemented Death Row Records as a major player in the industry. You don’t have to take my word for it, be the judge for yourself. If this album isn’t in your collection, stop reading this right now and go out and get it!