Song of the Week: The Alchemist – “Hold You Down” 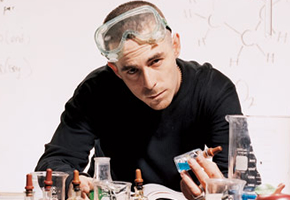 One of the most known unknown producers in the game has dropped a few gems in his day. The Alchemist has a story to tell that has rap beef, robberies, and beatdowns all in one. But that is not why he is getting the spotlight today. He’s getting spotlighted for his 2004 song off of his debut album 1st Infantry, “Hold You Down”. This song was a big hit in my city, I don’t know where all you are from, but it should have been hitting in yours too. The production on this one is damn near flawless, you got Prodigy spitting some of that gutter shit that only he can do, and you got Nina Sky on the hook making the song complete. I catch a lot of flack from you guys for bringing you the real shit, but if you guys aren’t feeling this…something is wrong with YOU! Sit back, listen, and enjoy this installment of Song of the Week!