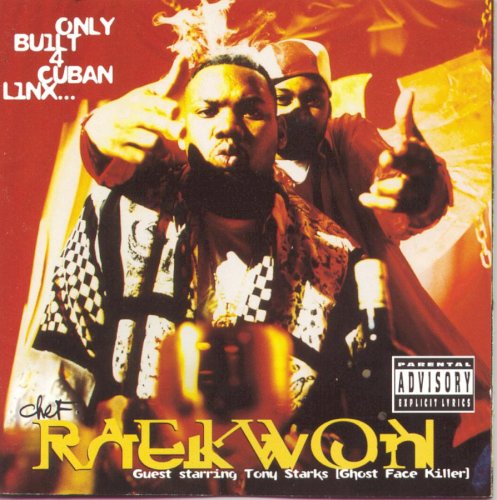 People overuse the word “classic” when talking about albums these days. When 14 years can go by and your album is still fresh to every Hip-Hop head, that my friends, is CLASSIC. When your album is referred as “the Purple Tape” you know that is has to be one of Hip-Hop’s greatest masterpieces. I do not care if you like the Wu-Tang or not, you HAVE to like this album.

When Raekwon dropped his “solo” album, the game would not be the same for a while. While this album displayed two of Shaolin’s greatest samurai’s, it also cemented the Wu’s legacy on Hip-Hop. Everybody knew the Wu as a collective was nothing to fuck with, now we knew the Wu was strong enough to go for dolo. This album featured every member of the Wu, and a guest appearance from an up and coming Nas. Raekwon the Chef lived up to the hype giving you top notch lyrics from the POV of a drug kingpin. OB4CL jumpstarted the whole Mafioso/Hip-Hop love affair of the 90’s  and easily is considered the best album that came out of the Wu-Tang camp. RZA’s production was flawless on this album, the rhymes were first class, and the cohesiveness of Ghost and the Chef was remarkable. This album did not just give you razor sharp lyrics; it also gave you some memorable intros and skits. I would be wasting time picking out which songs to highlight THEY ALL ARE GOOD!

Trust me; this is one of those that you have to have in your collection to consider yourself a true HIP-HOP HEAD, its undeniable CLASSIC MATERIAL.