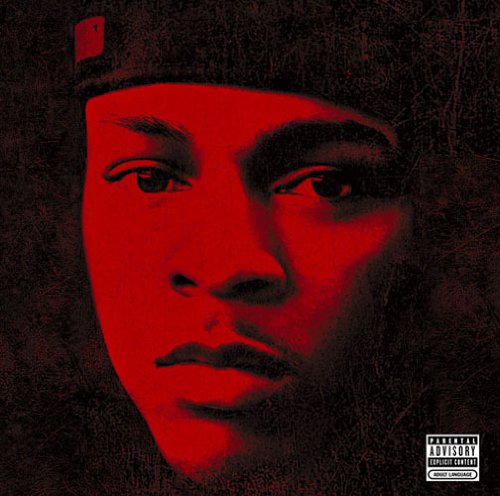 If you’ve seen my columns on the site, you know I kind of talk Bow Wow up a lot. I don’t know why, but growing up as a kid, I always saw him as a good rapper. Well, maybe not a good rapper, but at least above the average new rappers that comes into the game with a ringtone worthy song. He’s been in the game since he was 13 years old (rapping since 6), and has been coming out with albums at a steady pace since then. Now, it’s 2009, two years since his last album and almost three since his last solo project. This album, New Jack City II, can arguably be called a comeback for Bow Wow. Let’s see if the album lives up to the title.

Get That Paper
Produced by Nitti
This intro reminded of Soulja Boy’s intro from his last album, which I also reviewed. This song is better than that one though because the beat is bare bones and it lets you listen to what Bow Wow is saying. Unfortunately, he isn’t saying much, and nothing that he rhymes here really jumps out at you: it seems like he dumbed himself WAY down from the last time I listened to him. Maybe it’s just me. Last time I really listened to a Bow Wow album in depth was ’05. This song is good, the hook is infectious and the beat works well.

What They Call Me (Big Time)
Featuring Ron Browz & Nelly; Produced Jermaine Dupri & Ron Browz,
The beat sounds good from the jump and I’m feeling it. To be honest, I’ve gotten sick and tired of Ron Browz though. His singing just sounds like a poor man’s T-Pain. I was sure that Nelly would beat Bow Wow on this track, but I probably gave him more credit than he deserved; he did horrible on this track. When Bow Wow beats you in rapping, you know it’s time to stop. Not saying that Bow Wow did well either, just better. The singing is kind of catchy, but this song is just aiight.

Roc The Mic
Featuring & Produced by Jermaine Dupri
This song shows Bow Wow’s growth. It’s just two friends rapping on a track together, reminiscing about past times and how similar the two of them are. The hook is weird at first, but it gets catchy with the samples after a little bit. The two are utterly tied rapping; you can’t really declare a winner here. I think this was the street single off the album? It’s sounds good, but I can’t picture it doing well right now. Good song.

Been Doin’ This
Featuring T.I.; Produced by DJ Toomp
Bow Wow on a Toomp track? And with T.I. as a feature! Oh snap! Wait a second, what is this bullshit!?! OK, I have a couple of problems with this track. T.I. didn’t even drop a verse! I repeat: no T.I. verse. All he does is act as Bow Wow’s hype man. What? I was expecting T.I. to just rip this track to shreds and body Bow Wow on it. Instead, where his third verse should be, there is a long speech from T.I. a la Paper Trail. That brings the song down a lot, because Bow Wow does nothing on this track. He repeats rhyme strings he already used in earlier parts of the song! That shows me he’s running out ways to rap, and on the fourth song? Damn. Still, the beat and the hook help it to be only so-so.

You Can Get It All
Featuring Johnta Austin; Produced by Jermaine Dupri, No I.D., & Brian Michael-Cox
This beat is smooth as hell, but I don’t know about this song. Don’t get me wrong: it’s a good song, but it’s just I don’t know. Bow Wow’s been getting some good beats so far, but he hasn’t been using them. Even on this song, while his singing on the hook works, his voice fails when he tries to sing for the verses. You can actually hear his voice crack! Overall though, it’s a good song that isn’t brought down by Bow Wow’s missteps.

Sunshine
Produced by Jermaine Dupri & Brian Michael-Cox
What the hell!?! Who co-signed this? The beat on this is okay at first, but it gets really repetitive. Bow Wow’s rapping has gotten tiring at this point because he’s been using the same lines over and over. SKIP!

Like This
Featuring Johnta Austin & Dondria; Produced by Jermaine Dupri & J.R. Rotem
The beat on this one also gets repetitive, and by now Bow Wow has just gotten annoying. The hook’s weird at first, but it grows on you a little bit after a couple of listens. It’s just, this is the third track about girls in a row, and all these songs sound the same.

She’s My
Featuring & Produced by T-Pain
Looks like I made that comment a little too soon. T-Pain is here to make another song about the ladies. Bow Wow justifies this by calling himself “Mr. Do-it-For-The-Ladies”. This song sounds the same as the others too, but the T-Pain feature makes it better than the others. Bow Wow is still repeats lines, I still can’t point out any notable lines.

I Ain’t Playing
Featuring Trey Songz; Produced by Jermaine Dupri & Brian Michael Cox,
Don’t get me wrong, I dig Trey Songz (NH), but this track is almost EXACTLY the same as the previous four! And guess what the topic is on? Hint: Bow Wow calls himself: “Mr. Do-It-For The-Ladies” again. That’s right, the ladies again! Damn, this is the fifth song in a row. I’m sorry, but I gotta skip this one. SKIP!!

Pole In My Basement
Produced by Drumma Boy
Drumma Boy delivered the beat for sure right here, but what the hell? Bow Wow, again, at the start of the song proclaims himself to be “Mr. Do-It-For-The-Ladies”. The fact that he keeps reusing this gimmick (the third consecutive time…) proves how unoriginal he is. This is the SIXTH song about the ladies in a row! And what the…oh lord, he went and got the damn auto-tune! SKIP SKIP SKIP!!

Shake It
Featuring & Produced by Swizz Beatz
Alright, this song I can’t hate on. Swizz Beatz pretty much murders this track, making another club banger and Bow Wow doesn’t screw up on here, so it’s all good. This is probably one of, if not the, best song on the album. I’m actually feeling this one a lot.

Bottom Line:
This whole album is just a disappointment. 2-3 years can be considered a comeback, but Bow Wow blows it here completely. I’d go so far as to say this album is one of the worst he’s ever put out. It’s short, has no variety, and Bow Wow spits ABC lyrics like it’s his job. I feel ashamed that I even considered him as a possible future King of Hip-Hop. This whole album feels rushed. It in no way lives up to the title, has 7 songs on the same topic, and sounds the same. Still, while Bow Wow doesn’t reinvent the wheel, he shows some really rare glimpse of skill. Granted, I had to listen to this album like 3 times to find it, but it’s there. He’s been in the game so long, you’d think he’d be better. Technically, he should be at like Tha Carter II level (Lil’ Wayne started at 15 after all) by now, but here he is, retreading over the same shit. I guess if I was somebody’s little sister or under the age of 14, this would get 4 stars, but because I know talent and ability, I can’t let Bow Wow off that easy. You 21 man, you ain’t gotta make raps for the teeny-boppers anymore! Until he learns that, Bow Wow will never be a contender in the rap game.