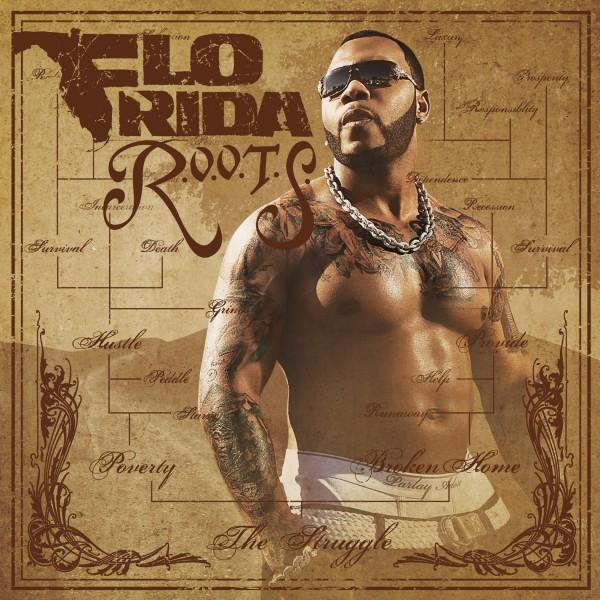 About a year ago, Flo Rida kicked the door down with his hit single “Low”. The album sold 85,891 copies in the first week but quickly fizzled out. This time Flo Rida presents us with an album that has its own roots in sincerity and humility. What does that mean for this album? Let’s find out.

1. Finally Here
Produced by Drumma Boy
Drumma comes through with a decent track for the first song. The beat is a lot more emotional and methodical than I’d expect on a Flo Rida album. Flo quips on the hook “I just follow my dreams workin’ this 9 to 5, people keep tellin’ me my check is on the way/So sun up to sun down I’m grindin’, tryna make it by, prayin’ for my shit to come and take away the pain/That day is finally here”. Essentially, this song sounds like an anthem to money. There is nothing wrong with that, just nothing extra deep about it considering the title of the album.

2. Jump
Featuring Nelly Furtado; Produced by Mike Caren & Oligee
I’m trying to be open…but there is NOTHING I like about this song and I doubt that I am alone here. Are we STILL telling folks to jump? Are we still using salsa influenced samples for songs? SKIP.

3. Gotta Get It (Dancer)
Produced by Danja
So, we have started to mimic Tina Turner into bad dance songs? This song is extra synth and tech and may do well at the rave. I think someone will like it, but I’m not one of those people. I can’t say skip because the skit at the end of the song is type hysterical. There is a dude mockin’ Flo and he starts off with “Wannaputchuonnagroundlayyouallaroun’roun….” You need hear him do that shit. “WhenIstickMahBallsInYoMouuuuuuuuuuuf”

4. Shone
Featuring Pleasure P; Produced by Jim Jonsin & Dre & Vidal
If I could only use one word to describe this song, it would be “catchy”. I can’t front on this one. I hate how Pleasure sings “acSHONE” and I hate the idea of calling someone my “Shone” but the song is catchy as hell. Even though I am not feeling the word choice and I don’t think it will catch on, P sounds like a young Ne-Yo on this one and Flo does a good job of ridin’ this beat out.

5. Right Round
Featuring Kesha; Produced by Dr. Luke
Dr. Luke is a pretty well seasoned and successful producer in his own right. This song is the first single from the album and it’s set up with the explanation that this song has an international feel…they all do lately. I don’t know if it’s my return to the gym or what, but this song sounds like it’s made for those aerobic classes. The beat makes you nod your head/tap your feet.

6. R.O.O.T.S.
Produced by Jay Rock
Uh oh, we’ve recruited a lil’ choir “oooooh oooooooh” for this one. I like this track a lot. It’s mellow but has a little bit of that southern bounce to keep it interesting. The hook “I can’t hate where I’m from, cause where I’m from made me/I came from the bottom of the slums, but now I got Me, ME” (I think that’s what he said). It took 6 tracks to get some deeper introspection from Flo but I’ll take it. I can appreciate the song and when it’s put together like this one is, you have a song that is hard to dislike.

7. Be On You
Featuring Ne-Yo; Produced by Stargate
Hasn’t this song been done? The melody in the back is similar to Nelly’s “Dilemma” and has that same pop sensibility to the track. Actually, this song sounds a little too much like Nelly. I ride for my homeboy so I got nothing bad to say about that….but when you aren’t the guy and you basically clone his song and flow….I’m just saying. All that doesn’t make this a bad song, but it does make it unoriginal. I think the other odd thing about it is Ne-Yo singing one of Ron Burgundy’s mack lines….“I wanna be on you.”

8. Mind On My Money
Produced by Eric Hudson
Like the rest of the album, this track has some southern bounce but a good amount of groove as well. It’s not a fantastic track, but it’s not bad either. Flo Rida is consistent if nothing else, “Mind On My Money” is an overdone theme and so are the lyrics. I’m not a big fan of this song overall.

9. Available
Featuring Akon & will.i.am; Produced by will.i.am
I guess if you are going to “recreate” part of a group’s song, you may as well have a member from the group on there…hey will.i.am. In another song that is becoming a theme for this album, Flo rides a beat that pulls from another group/person. I will say that this one isn’t just a direct bite of the original though, so that is a plus. Lyrically, this song is like a 2010 hippy love song. It’s a celebration of being single and having fun. “I’m Finally Free!!!!!”

10. Touch Me
Featuring Kesha; Produced by Dr. Luke & Benny Blanco
With the thumping house hit “Satisfaction” by Benny Benassi acting as the foundation for this track, Flo serves up another one for the clubs. This one will probably do well internationally, but I don’t know that it will be the next single or anything like that. House isn’t my thing, but the song isn’t bad. There isn’t much to say about the lyrics on this one, look at the title.

11. Never
Produced by Danja
I’m almost tired of finding similarities in this album with others at this point, but I like Scarface’s version better. Face did a song called “Never” and it was a lot harder than this one. Flo Rida goes through his list of nevers…shout out to the stop snitchin’ movement.

12. Sugar
Featuring Wynter Gordon; Produced by DJ Montay
Look…another bite from a top hit…and another fail. I don’t think anyone is really going to like this one.

13. Rewind
Featuring Wyclef Jean; Produced by The Inkredibles
Where is the love…oops, sorry, this is Flo Rida’s album. Can’t help but like the track, I’ve heard the foundation of it before and I liked it then. I like the message of the track and hearing Clef on this album is a welcome element as well.

Bottom Line:
I don’t even know how to sum this up. With 13 songs, 8 of which that sample of pull from #1 songs (some of those being DIRECT PULLS) this album is going to have some appeal at least on a subconscious level. So, if you are just looking to hear something, this album may get a pass. If you are looking for something to listen to, which is a more active form of hearing, then I wouldn’t suggest this less than/average album.