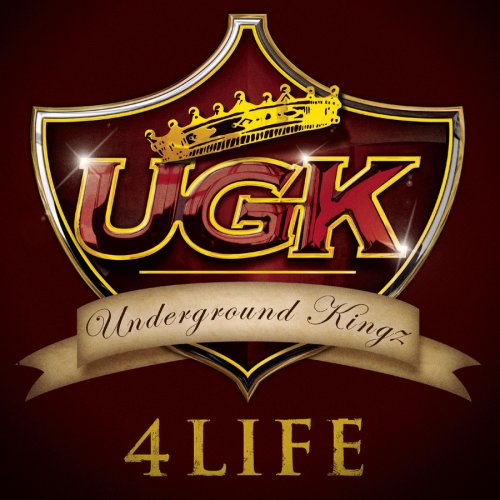 Since Pimp C’s untimely death one year ago, we have come to understand that yet another good one has gone to grace far to early in life. Pimp C’s influence and impact on the rap game can still be seen living through Southern artists like T.I., Slim Thug, and Young Jeezy. But it can mostly be seen through his partner-in-rhyme and the other half of UGK, Bun B. Bun stated that this was going to in fact be the last UGK album to be released, so there won’t be any 2Pac style posthumous albums of unreleased Pimp C verses and songs. This is good, as UGK has built a lasting legacy after 7 album releases that one wouldn’t want to see it tarnished. With this album being dedicated to Pimp C, let’s see how it fairs as UGK’s final curtain call.

Intro
Produced by Cory Mo
The album starts off with Pimp C introducing the listeners to the last UGK album that they will hear over a somber backdrop in his signature style. Pimp gets us prepared for the journey at hand that’s already sounding like some classic UGK music.

Still On The Grind
Featuring Raheem DeVaughn; Produced by Steve Below
Backed by some intense heavy guitar driven production and the vocals of Raheem DeVaughn, Pimp and Bun get right into it with some hard lyrics about how they’re still grinding despite what everybody might think after seeing gold success on their previously released album Underground Kingz.

Everybody Wanna Ball
Produced by Cory Mo
This song takes us to that signature UGK production that we’re used to hearing Bun and Pimp spitting on, and they don’t disappoint with this offering. Pimp delivers his verse and the chorus based off of a similar form that his displayed on Jay-Z classic “Big Pimpin’”. Bun comes correct with his verse as well displaying why he truly is one of the most underrated emcees in the game today.

Feelin’ You
Produced by Steve Below
On this track UGK decides to slow things down a bit for a song dedicated to the ladies they’re feeling over some nice production that fits the mood. Both emcees describe the women that have their eye and attention with Pimp providing the chorus with his unique soulful style.

The Pimp & The Bun
Featuring Ron Isley; Produced by Mannie Fresh
Continuing with the smooth and soulful styling of the previous track, UGK team up with Ron Isley on this very nice track. UGK proceed to let the listeners know just exactly who they are and what they represent as veterans in this rap game. One couldn’t have asked for a better track from the two as they provide a great jam to cruise to in the ride or step to on the dance floor (Chi-City folks know what I’m talking about).

She Luv It
Produced by Cory Mo
We get back to that signature UGK sound with the production on this track that serves as an ode to the strippers and strip club. While Bun delivers a solid verse on this track, it’s perfect suited for Pimp’s verse and lyrical style. This sound will probably be an anthem for strip clubs in the South and deserving it should be.

7th Street Interlude
Produced by Pimp C
This track serves as an interlude featuring some smooth production along with a verse from Pimp C. This was probably planned to be a full-length song or at least it could have been as you wish the track could have been longer but it’s still nice for what it is.

Swishas & Erb
Featuring Sleepy Brown; Produced by Pimp C & Avarexx
Taking it back to the style of their song “Swishas and Dosha” off their Underground Kingz album, Bun and Pimp give listeners a taste of the Houston lifestyle that they live. Sleepy Brown provides some fitting vocals on the chorus that make the song that much better. This is truly a song that you could chill with just having the two items mentioned in the title and throughout the track. Sit back and light on up while listening to this track.

Purse Comes First
Featuring Big Gipp; Produced by DJ B-Do
Some of the smoothest production throughout the whole album is probably heard on this track. While Pimp keeps it pimpin’ on his verse, Bun takes a more political and social approach with his verse in speaking about things like the Da Vinci Code and secrets of the Catholic Church. Big Gipp drops a solid verse in his guest appearance slot, but can’t really match up to UGK on this song.

Harry Asshole
Featuring Lil’ Boosie & Webbie; Produced by Cory Mo
In one of the more weirdly titled songs; UGK keeps it trill nonetheless with guest Boosie and Webbie on the track. Pimp speaks about his dislike for “clean shaven vaginas” while Bun goes hard with his verse and usual lyrical ferociousness. Lil’ Boose and Webbie both drop some decent verses on a song that’s nice match for their style and lyrical taste.

Used To Be
Featuring B-Legit, E-40 & 8Ball & MJG; Produced by Pimp-C & DJ B-Do
Getting away from some of the smooth production that we’ve heard on a majority of the album so far, this track features some hard production that allows all of the emcees to get down for theirs. Each emcee does their thing and none really outshine the other, but it’s a personal preference of whom you prefer.

Steel Your Mind
Produced by Steve Below
This track features some of the guitar heavy production that we first heard on the opening track of the album as UGK along with their guest Too $hort and Snoop Dogg tell you how once you get a girl’s mind you get her body and everything else along with it. There couldn’t have been any better guest artists to feature on this track about pimpin’ than Short Dawg and the Doggfather.

Texas Ave Interlude
Produced by Pimp C
This track interlude continues on from the one that was heard earlier in the album as it features the same smoothed out production along with a verse from Bun this time. I guess it could be said that the two interludes are actually one song, but they just decided to separate them instead. Makes no difference though because they hold up just as well apart than together as one track.

Hard As Hell
Featuring & Produced by Akon
UGK seemingly go for the more radio friendly approach with this track featuring Akon on the chorus. UGK spit rhymes about how women arouse them and they are able to do it well enough, but ultimately sound out of place with Akon and lighter sounding production provided. From the explicit subject matter and lyrics on this track, it probably won’t even get much airplay on the radio. This is probably a track that could have gone without being placed on the album because it sounds really out of place with the flow of the rest of the album. Better production that’s more suitable to their style of music would have made this track a better listen.

Da Game Been Good To Me
Produced by Pimp C & Avarexx
This song is the first single released off of the album and it’s a good pick at that. This track gets back to the UGK sound and style after being thrown off with the previous song. If this ends up being the last single released by UGK it serves as a great ode to them and their 17+ years in the game. Nobody will ever be able to do a chorus the justice that Pimp C is able to and that’s something that will be truly missed by all when listening to UGK songs.

Outro
Produced by Cory Mo
Going back to the somber, smooth production that was featured on the “Intro” track, Bun takes his time to give listeners some lasting words from UGK in thanking those that supported the group through all of their years in the game. This is a fitting ending to the album and the entire UGK legacy that has spanned longer than most artists careers in the music industry.

Bottom Line:
Nobody could have asked for a better way to close the curtains on the career of one of the best groups in Hip-Hip history (not just the South) than what was heard on this album. Instead of being an album strictly acknowledging Pimp C’s death and honoring his legacy, UGK keeps it trill and pimpin’ just was Pimp would have wanted it to be. Most of the tracks on this album carry the signature style that UGK made so famous in their songs and album, and that’s probably the thing that most core fans will appreciate in the end. UGK didn’t have to “sell out” or go commercial to get people to respect them and their music, they always stayed true to themselves and recognized what they’re sound was from the very beginning. Pimp C is smiling down on this album in knowing that Bun was able to continue on their legacy and end it in fitting fashion. There will never be another group to do it quite like UGK in representing H-Town and for that fact alone we should continue to support their work and carry on the legacy knowing that it’s truly UGK for life. R.I.P. Pimp C… Forever Remembered, Never Forgotten! Update: After writing the review and listening to the album again I realized that 3.5 stars is a more suitable rating for the album than the 4 stars I originally gave it. Some of that might have been because of my love for the late Pimp C, so pardon me for that aspect.