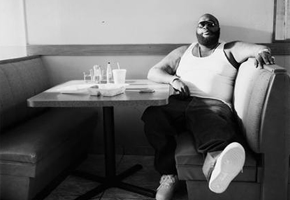 I don’t know if I have told you guys this before…but Rick Ross is my DUDE! (Pause) I have been waiting for his new album Deeper than Rap to drop, and hearing songs like this makes me think that this might be some of his best work EVER. Enough of the riding of Ross, I want you guys to check out “Yacht Club” off his upcoming album that drops on Tuesday. This song is produced by J.U.S.T.I.C.E League, so you know the production is BLAZING. What stands out to me on this track is the island feel that it has. This songs actually puts you in the same mindstate that “Maybach Music” put you in when you listen to it. Ross is spitting some serious bars and rappers need to take heed that the BOSS is in the building! Enjoy this installment of Song of the Week!