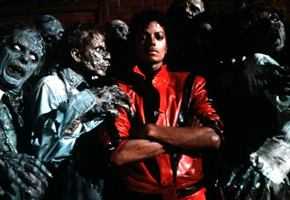 This week I got a few questions about the sales number for Michael Jackson (Through e-mails and people I know personally). Since most retail outlets were sold out and MJ’s albums topped digital charts, most questions were about where he would place on the charts and the amount of records he sold. Well, as much as I would have like to see Mike on top of the Billboard Top 200, his albums are not eligible.

Billboard’s Top 200 album chart formerly included the sales of any albums in the US. However, the creation of a Top Pop Catalog Albums chart in 1991 caused a change in eligibility for the Top 200. Any album that was released more than 18 months ago and has fallen outside the top half of the chart is no longer eligible to be included in the future on the Billboard Top 200

Buy hey, that’s not to say that MJ’s fans did not show support. He dominated the Top Pop Catalog Album charts. According to Billboard…

Yep, that’s 415,000 albums in the United States alone. And let’s not get into digital downloads. Michael broke records…

A remarkable 2.6 million songs by Mr. Jackson as a solo act or with the Jackson 5 were downloaded digitally through last Sunday, the standard end of the sales week of the SoundScan tracking service, upon whose numbers Billboard bases its charts. (Downloads for the week before were 48,000.) A total of 58 percent of the sales last week were downloads, and Mr. Jackson has become the first artist to sell more than a million song downloads in a single week. (NY Times)

If you can’t tell by now, I’m not really covering the charts like I normally do in The Numbers Game (It is the “King Of Pop Edition”). Black Eyed Peas re-took the #1 spot and went Gold. F.L.Y. of “Swag Surfin” fame debuted at #109 (Why did Def Jam signed them again?) and Al B. Sure returns with his new album Honey I’m Home and debuts at #85. Yea, not much report anyway (I still gave y’all the charts though).

Mike is still the man. Peace (*Off The Wall playing in the background*).