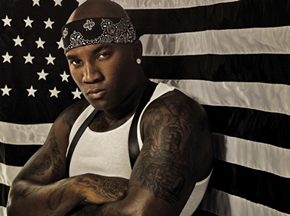 All new music for this edition of iPod Hustle. Mostly good too. In this go around: Jezzy tells us why trappin’ ain’t dead, Juelz mixes up the medicine, and Gucci (With the help of Usher) goes for the spotlight. Set your iPods to Hustle…now.

Download: Young Jeezy – “Trap Or Die 2”
Produced by Zaytoven
I remember seeing a video of Young Jeezy performing this song at Club Dreams and I was feeling it then. Yep, it sounds like The Snowman is taking it back to 2005 with this one. If this track is a sign of what kinda music will be on Thug Motivation 103, I’m looking forward to it (Plus I’ve been bumping Jay-Z’s “As Real As It Gets” a lot lately). Sidenote: I thought Zaytoven was Gucci’s favorite go to producer? (Zaytoven explains here)

Download: Juelz Santana feat. YelaWolf – “Mixing Up The Medicine”
Produced by Kane Beatz
Juelz hooks up with Alabama’s own YelaWolf to create a certified street banger. As soon as I heard that hook I was sold. Partner that with that fact that Santana sounds motivated again (The last time I remember that happening was at the 2008 BET Hip-Hop Awards): ”Take her out and trick around/I take her home and dick her down/Send her back to you like ‘Baby I was at my sister house’”. Hopefully this is the Juelz Santana we’ve been waiting for. Remember, his last album did go Platinum.

Download: Gucci Mane feat. Usher – “Spotlight”
Produced by Polow Da Don
Wow, Gucci Mane is in another one of my posts? I guess this is what the young kids are listening to these days. On this one Gucci Mane grabs Usher and puts on his best commercial clothes. Not to sound like a hater but the flow on this song is garbage. I don’t even listen to Gucci, but I think even some of his biggest fans will probably gives this a so-so rating. The State vs. Radric Davis is supposed to drop in December.