Will The Real FemCee’s Please Stand Up? 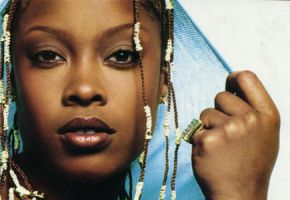 I was recently listening to Nicki Minaj the other day when it hit me, “Where are all the Female MC’s?” It’s like the only ones you hear are Minaj, Khia, and…who? I know Hip-Hop has always been a male dominated industry, but there was always room for the female MC. Now it seems like there is no place for the female MC in the game. The female has always had a place in Hip-Hop. If you were a crew, you had to have a female. Roxanne was associated with the Juice Crew, Queen Latifah and Monie Love were part of the Native Tongue crew, Mrs. Melody was associated with BDP, to more present year acts like Lil’ Kim, Foxy Brown, Eve, and even Trina. But now all it seems the only roles females are used for in Hip-Hop is EYE CANDY. Sad, I know.

Where did it all go wrong? Do we lay the blame on Lil’ Kim and Foxy for their raunchy lyrics that doomed all other females behind them? Because of them, artists that don’t push SEX aren’t even listened to by the mainstream listeners. You have some talented FemCee’s out there that don’t get any recognition because they aren’t sexy or even rap about their sexual exploits. Is that fair to them? I am guilty of not giving certain FemCee’s a chance because of their looks, but I think that is part of the brainwashing that Hip-Hop has underwent.

Going back to the place of FemCee’s, where would you put them? Since Hip-Hop is being dominated by the streets and thuggery, can a female rap about that and be believable? Or is it more of the same and they have to stick with the SEXY rhymes for them to be heard? I feel bad for the legitimate FemCee’s out there that want their music heard, but all we get is every chick wants to be a “Black Barbie”. Will the real FemCee’s please stand up? The game is missing you right now, and some positive “Ladies First” type songs might help out some of these younger girls that big rims, expensive clothes, and orgies are not the way to go.