Song of the Week: Big Pun 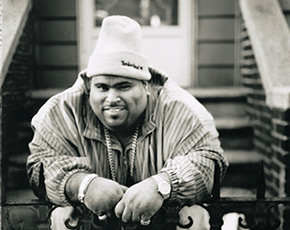 I really don’t need to say too much about the man this Song of the Week is dedicated to. Big Pun’s birthday was this Monday (Nov. 9th) and it’s time to pay homage. As one of the nicest, Big Pun needs to be in your conversation of one of the best MC’s of all time. Here’s just a small sampling of why. R.I.P. Big Punisher.

Download: Noreaga feat. Big Pun, Nature, Cam’ron, Jadakiss, & Styles P – “Banned From TV”
Album: N.O.R.E. (1998)
Lyric: “Ay yo I hold niggas ransom for money/Like johhny handsome/Been sonning niggas for so long/I think I got a grandson/My passion is money, a stash and a honey/That won’t ask questions but will blast anybody”

Download: Fat Joe feat. Big Pun, Fat Joe, Jadakiss, Nas, & Raekwon – “John Blaze”
Album: Don Cartagena (1998)
Lyric: “I hate a actor that plays a rapper/I’m Terror Squad beta kappa everybody’s favorite rapper/Grand imperial college material insane criminal/The same nigga who known to blow out your brain mineral/I reign subliminal inside your visual/Try to supply your physical with my spiritual side of this lyrical/I’ll appear in your dreams, like Freddie do, no kidding you/Even if I stuttered I would still sh-sh-sh-shit on you”