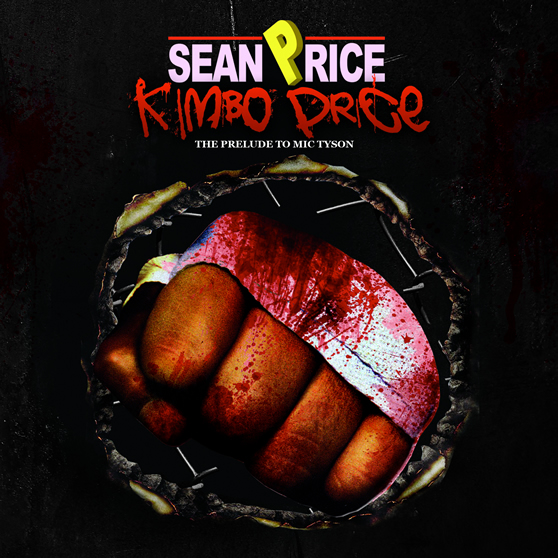 Damn, I can’t believe it’s been four months since my last Boomin’ System entry back in July with Blaq Poet’s Tha Blaqprint album. I guess now is a better time than ever then to drop something new with the recent slowness on the music scene (which is due to pick up with new albums from the likes of 50 Cent, Rakim, Wale, etc.). In between my prevalent rotation of The Salvation (Skyzoo), The Blueprint 3 (Jay-Z), and Only Built 4 Cuban Linx… Pt. II (Raekwon) since September, I found a chance to listen to new music that has been circulating. In light of the albums and mixtapes that I found on the surface including No Ceilings (Lil’ Wayne), Street Hop (Royce Da 5’9”), and K.O.D. (Tech N9ne)… No, Gucci Mane and Soulja Boy Tell ‘Em’s trilogy mixtapes didn’t occupy space on my hard drive… I came across Sean Price’s latest mixtape entitled Kimbo Price: The Prelude To Mic Tyson. This was a mixtape whose release I was actually anticipating and was looking forward to listening to after hearing some of the tracks (“Duck Down”, “Boost”, “MegaSean”) that leaked before its official release.

I can admit that I took a late pass on Sean Price in not really starting to listen to him until 2005 with his debut album Monkey Barz and not realizing that he was half of the rap group Heltah Skeltah. With that said, Sean Price is definitely not a newcomer in terms of the rap scene having been around since 1996 with Heltah Skeltah’s debut album Nocturnal, being apart of the Hip-Hop collective Boot Camp Clik, and having released two solo albums since then. His latest offering, Kimbo Price, in mixtape form serves as a prelude and lead up to his 3rd solo album Mic Tyson due next year letting listeners and fans alike know that he’s still been grinding since Heltah Skeltah’s D.I.R.T. album released last year. Sean Price happens to be one of the most creative and comical rappers in the game today as evident by his witty monikers (Deceptacon Sean, MegaSean, Kimbo Price, Donkey Sean, Jr.) and album titles (Mic Tyson, Jesus Price Superstar). This wittiness and comedy is also heard with his lyrics as Price throws comical punchlines in the midst of his confidently strong flow (“You do Coach bags, I do kush bags/You a douche bag, I’m the truth fag”…“Shared greedy, y’all niggas get scared easy/Queer like multiple pairs of Air Yeezy’s”) as heard on tracks like “Duck Down”, which sees Sean teaming up with Duck Down labelmates Skyzoo and Torae over a beat in similar likeness to Raekwon’s “Have Mercy”. Each emcee displays exactly why they’re a force to be reckoned with and the lyrical prowess of the Duck Down label.

The creative of Sean P. as mentioned earlier is seen on songs like “Pork Chops & Apple Sauce” in which he jacks not only Shawty Lo’s “Dey Know” beat but his flow in making a mockery of the artist and his song (while making it better and listenable at the same time) and “Boost” where in theme with Boost Mobile phones Price delivers a stellar verse in chirp mode over the phone. Other spots on the mixtape sees Sean Price in customary mixtape fashion putting his own spin over other artists’ beats as heard on “Abortion”, “Car Thiefs”, “Get Ya Sket Mic”, “This Is Us”, “P’s Up”, and “Bullshit (Radient Jewls Remix)”. There are some original songs to be heard on the mixtape as well like the aforementioned “Duck Down”, “Goodnite!!!”, and “Weed & Hoes”, which has to be one of the most clever sampling and turns of a Gospel song into a Hip-Hop song. Sean Price proceeds to make it one of the highlights of the mixtape with an effortless flow along with a nice guest verse by St Maffew. After 23 tracks of good material with various Kimbo Slice and Mike Tyson clips thrown in between songs, Kimbo Price does exactly what it’s supposed to do as a mixtape. Just as the title reads with it being a prelude to his next album, Sean Price delivers suitable music that will surely hold his listeners over until next year when Mic Tyson is released. A lot of people might not be too familiar with Sean Price as an artist and something like this is definitely a proper introduction to him and his lyrical abilities on the microphone. I look forward to hearing what Sean P. comes with next year on his Mic Tyson album and until then Kimbo Price will find a home next to the other three albums currently in my rotation.