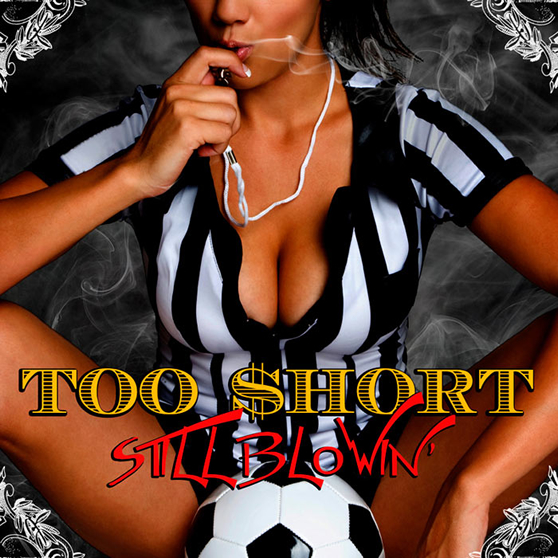 You gotta hand it to Too Short. Not many music entertainers, especially rappers, can say that they have a career that leads them to release 18 solo albums. Too Short’s dirty raps have delighted fans ever since 1985 and has cemented him as a Hip-Hop Hall Of Famer as well as a Bay Area forefather. As a sign of the times, Short Dog’s new album, Still Blowin’, is only available online. Unfortunately, this album also shows that Todd Shaw may have lost a step.

There is a little controversy here on whether this album is a mixtape or an official release. And even though I’ve seen a press release saying that the album is an official album being released on Short’s indie label Dangerous Music, I hope I was lied to because this album sounds rush and probably should have stayed on the cutting room floor.

One of the problems is with the lazy production. “Maggot Brain” not only uses the same Stanely Brown’s “Got to Find My Own Place” sample that was used on Jay-Z’s “Lyrical Exercise”, but it flips it so similar it sounds like a freestyle instead of an original. This is also true with “Fed Up” where R. Kelly’s “When a woman’s fed up…” is sluggishly turned to “When a playa’s fed up…”. What worse is that when the production doesn’t rely on tired samples, it doesn’t get any better.

If you a huge Too Short fan, I guess you can find some tracks you might like. “Still Blowin’”, while not his best, is fun and reminds you a little of Short’s heyday. The best track here hands down is the Jazze Pha produced and Birdman featured “Checking My Hoes”. Jazze’s track favor an Ant Banks’ production that Short would have rapped on in the 90’s. It probably still won’t make it too my iPod but on this album, this track is way ahead of the others in term of quality.

Bottom Line:
Youngsters, please don’t let this album be your introduction to Too Short’s music. Still Blowin’ no way measures his contribution to Hip-Hop. Hopefully on the next go around Too Short will prove he still has something left in the tank. But this album should have been left blowing in the wind.