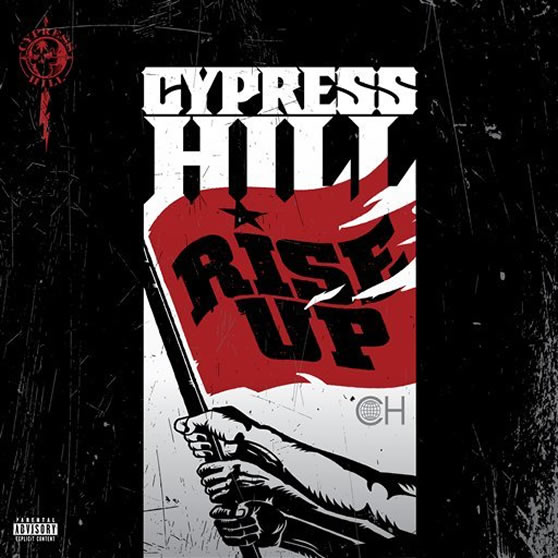 Cypress Hill came into the game in 1991 with songs likes “The Phuncky Feel One” & ”How I Could Just Kill A Man” and they were an instant smash with the urban crowd and the college kids. But that was 1991. The year is now 2010 and after a 6 year layoff, the group has decided to release another album titled Rise Up. While I think that some of their earlier fans have grown out of their music, the Hill still has a solid base of fans that want to hear their brand of music.

I’m really not a fan of the Hip-Hop/Rock genre, and this album leans heavily on their Rock side. While one would think the Hill would want to expand their horizons beyond getting smoked out, getting drunk, and partying hard. But you have to look at their fanbase as to the reason why they keep the subject matter the same.

Some of the tracks that stand out to me were the Pete Rock produced “Light it Up”, Jim Jonsin produced “Get It Anyway”, “Take My Pain” featuring Everlast, the Jake One produced “Armed & Dangerous”, and “Armada Latina” featuring Pitbull and Marc Anthony.

This album isn’t terrible, it just sounds so dated. These guys don’t make music for my taste like they used to back in the day. They are aiming at the suburban/college kid crowd. Two things I am not. If you are a fan of Cypress Hill, this is definitely one that you will like, but if you were looking for the old “Hand On the Pump” Cypress Hill, might as well go throw in one of their old albums.