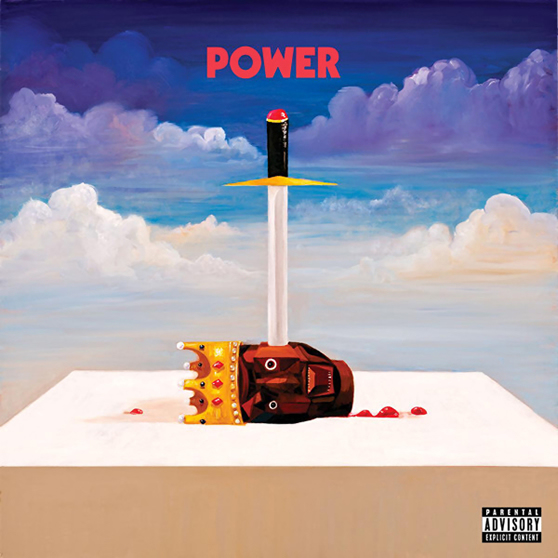 I wake up to this? New Kanye? Is this one of the songs he played at CV Lounge a week or ago? Is this off Good Ass Job?

I don’t know. Good morning to you too.

Update: This track was produced by S1 (Symbolyc 1) of Strange Fruit Project & Kanye West. Supposedly, Drake passed on the beat. Lyrics added below.

I’m living in that 21st century
Doing something mean to it
Do it better than anybody you ever seen do it
Screams from the haters got a nice ring to it
I guess every superhero need his theme music
No one man should have all that power
The clocks ticking I just count the hours
Stop tripping, I’m tripping off the power

The system broke and the school’s closed
The prison’s open
We ain’t got nothing to lose motherfucker we rollin’
Motherfucker we rollin’ with some light skin girls and some Kelly Rowlands
In this white man world, we the ones chosen
So goodnight cruel world, I’ll see you in the morning
I’ll see you in the morning,
This is way too much, I need a moment
No one man should have all that power
The clock is ticking I just count the hours
Stop tripping, I’m tripping off the power
Until then, fuck that, the world’s ours

Fuck SNL and the whole cast,
Tell ‘em Yeezy said they can kiss my whole ass
More specifically they can kiss my asshole
I’m an asshole? You niggas got jooookes
You short-minded niggas thoughts is Napoleon
My furs is Mongolian, my ice brought the goalies in
I embody every characteristic of the egotistic
He knows he’s so fucking gifted
I just needed time alone with my own thoughts
Got treasures in my mind but couldn’t open up my own vault
My child-like creativity, purity and honesty is honestly being crowded by these grown thoughts
Reality is catching up with me
Taking my inner-child, I’m fighting for custody
With these responsibilities that they entrust in me
As I look down at my dying man that they crushed to piece
Thinking no one man should have all that power
The clock’s ticking, I just count the hours
Stop tripping, not tripping off the powder
‘Til then, fuck that, the world’s ours

Cold powers
Austin Powers
Lost in translation with a whole fucking nation
They say I was the abomination of Obama’s nation
Well that’s a really bad way to start the conversation
At the end of the day, Goddamnit I’m killing this shit
I know damn well y’all feeling this shit
I don’t need your pussy, bitch, I’m on my own dick
I ain’t got a power chick, who you going home with?
How ‘Ye doing? I’m survivin’
I was drinking earlier, now I’m driving
With a bad bitch, huh, where ya hiding?
I got the power to make your life so exciting

You got the power to let power go?