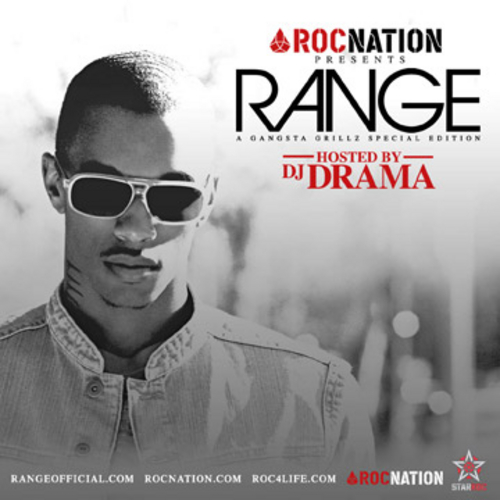 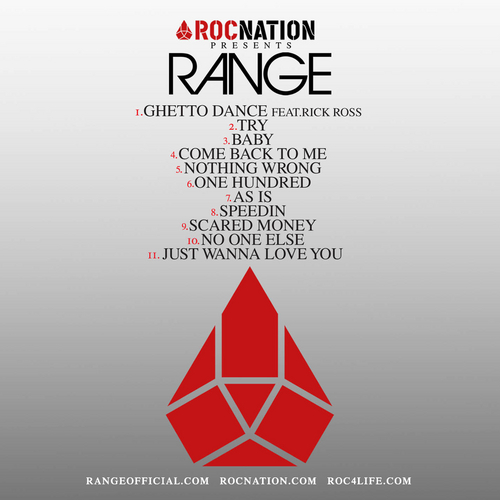 I’m guessing that Jay-Z needed a singer for his (and J. Cole’s) future albums, not named R. Kelly.

Range is the newest (official) signee to Jay-Z’s label, RocNation, behind J. Cole. While I heard that Range was going to make a mixtape somewhere online but the release date and promotion was nowhere to be found. Yet, when I found this mixtape, I figured that if J. Cole’s RocNation sponsored mixtape (The Warm Up) worked so well, why shouldn’t this one?

Much like any new artist, Range is trying to test out what his flaws are, what his strengths are, basically what is the standard that he’s going have to emulate over the course of his career. If we want to compare, Range’s range (no pun intended) of topics reminds me of fellow rookie R&B contemporaries such as Jason Derulo, or Iyaz. Which means that the topics specifically aren’t terrible, or straight cheeseball, but their ultimately rather dull in the long run. Maybe because a lack of memorability or that the fact none of the albums/mixtape are cohesive.

Range however is better than those two artists because he actually knows how to write a good song. Songs such as “Ghetto Dance”, “As Is, One Hundred”, or even “Scared Money” or “Try” are all good songs (And the main highlights) because Range tries to switch up from the basic R&B newcomer song subjects. Their also better vocal preformances from the young kid too, because as a song, all these songs seem stronger.

If we wanted to compare Range’s singing voice, I think the closest link would probably be Ryan Leslie. It does help that both of these people do know how to produce nicely, but Ryan Leslie is the better artist out of the two. Of course, Range is very new on the scene, but much like Ryan Leslie, he’s a jack of all trades. He knows how to produce a song (“Ghetto Dance”, “As Is”), and he knows the production that’ll let his voice fit comfortably in it, which is pretty much every song. However, Ryan Leslie does know how to sing a lot better than Range, considering over the course of the tape, I haven’t heard Range express his vocal limits besides a medium volume spectrum. At least Leslie can hit the high notes nicely, unlike the kid. Range’s production does need some refining also. While it’s certainly respectable and will help (in terms of budgets and stuff, since Jay isn’t exactly the most responsible CEO), generic synths, drums, all of the instruments, are very boring ultimately.

Range is a respectable artist, and I’m glad he made this a mixtape, because this is probably a mirror image of Jason Derulo’s and Iyaz’s albums, except that Range’s mix-album wasn’t mastered & engineered as expertly as the forementioned artists. All in all, Range is a nice artist, though he doesn’t express the talent that’s required to break him into the mainstream yet.

DJ Drama also is quite quiet for some reason, but we all love that, so that’s good.

To check out the full review with ratings for this mixtape, go to  Chew’s new site Relevant Music here. Thanks to Chew (a longtime nappyafro supporter) for lending us the piece. – B-Easy