The Stoop: The OTHER H2O 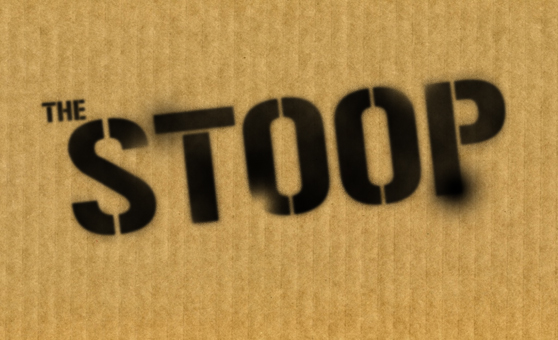 Alright nappyafro; it’s been a minute since I talked to you guys, but expect to see more of me each week with this new Stoop column. This is where I’m basically going to talk about pretty much anything that’s on my mind, whether it’s Hip-Hop news, entertainment, rumors, whatever’s on my mind at the moment. It’s The Stoop, so sit back, relax, and listen to the pictures I paint…

To start this one off, let me talk about something that has really been bugging me lately: this new rapper, H2-O. Well, to be honest, he’s not all at that new. He’s been releasing underground mixtapes since 2007, but recently he’s been steadily releasing new songs in promotion of his upcoming mixtape Ala Carte (Made to Order). I’m not gonna lie, some of these songs are pretty good. When I first heard this dude, I thought his flow was exactly like Drake’s, but after further review, he sounds more like an American version of Kardinal Offishal, if that makes any sense at all. I do enjoy his music and I think he’s got skill.

BUT…yeah, I’m tight cause of his name. First off, his name is H2-O, with a hyphen. A HYPHEN?!? C’mon man, who you think you are, Jay-Z? It’s H2O, cause “the flow’s like liquid when you spit it.” Nah, that line didn’t come from him either: it came from yours truly, ME!

Before I proceed, let me add a lil background here: Back in high school, I used to mess around and record songs with some music equipment I scrapped together. In fact, when I was a Junior, I made a 12 song album with a DJ I knew. Together, we were called “Rhythm ‘n Flow”, and we performed at my school’s talent show that year, taking 2nd place being the only hip-hop act there. My senior I performed on stage again, freestyling for 20 minutes with a friend, rapping over “Kids” and “The Final Countdown”. In fact, at our school, we used to hold freestyle sessions in the bathrooms during passing time, where I used to always show off my skills.

Now let me explain why I call myself “H2O”. My initials are: “HOH”, so that’s two Hs and one O. Plus, the molecule for water, or H2O is structured exactly the same as my initials. In fact, my moms called me H2O back when I was a young kid. That’s where that all came from. This other guy, H2-O, his real name is Lemonte Williams. How he got H2-O from that, I’ll never know.

I don’t want this column to seem like I’m hating on dude, because I’m not. He’s got a sick flow, pretty good lyrics, and he’s released over 3 times the amount of songs I have. Plus, let’s be honest, if we compared songs right now, you’d all be wondering why I’m even bitching about this at all; I’ve recorded music before, but on a $100 microphone in my good friend’s basement. This H2-O guy has studio quality material, and I’m just a former bootleg rapper.

So I figure, if I can’t become a rich, famous, and successful rapper, why not have someone carry the H2-O name to fame and fortune? I co-sign this dude fully, not just because he’s got my name, but because he possesses serious skills on the mic. Until then…I gotta come up with a different name to use when I’m rapping. Any ideas?