Thank Me Later: A Disappointment? 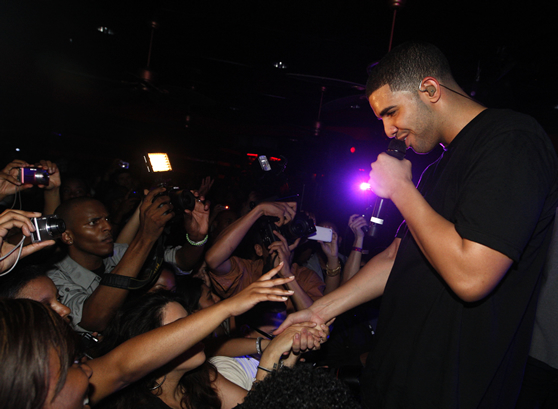 When Thank Me Later leaked Tuesday, the internet erupted in a frenzy; People were trying to get their hands on this album ASAP. And then…outrage. I’ve been to a lot of Hip-Hop websites and not to mention our own forums, and the outcry all seems to echo the same sentiment: Drake let us down with this release.

Because I’m the designated reviewer of Thank Me Later, I’ve been giving it a lot of spins since it leaked (I’ll probably still buy a copy just to support Drake). I want to keep my personal opinion of the album a secret until my actual review goes up, but before that happens, I want to take a look at and analyze a couple reasons why I think Thank Me Later has gotten such mediocre responses.

1. Hype’s A Bitch
If there is one thing we can most certainty take away from this situation, it’s that hype’s a bitch. Hype will ruin any album you put out, no matter how great the content is. To be fair, this isn’t completely Drake’s fault: We all were hyped for this album since he signed with Young Money. But you don’t help things when you make ridiculous statements like: “Jay’s verse on “Light Up” is one of the best he’s ever done.” That just sets us up for disappointment, because no matter what verse Jay spits, we’re gonna hate it, because it HAS to be the best he’s ever done. Anything less and it’s already a disappointment, no matter what Drake hits us with in his verse.

2. Too Many Guest Appearance
When you’re a veteran in the game, I can see having a lot of guests on your album; we’ve already seen what you can do by yourself so it’s cool to branch out and work with other artists. But if it’s your debut album, it’s not a good idea to flood your album with guest appearances because you get out-shined by the bigger names on the album. A couple guest appearances are fine, especially if they’re just doing the hook, but on Thank Me Later, Drake has guests on 50% of the album. That means we only get half of the album to see what he can really do on his own on his debut album. For fans that just hopped on the Drake bandwagon, how are they gonna be able to get a good taste of Drake’s talent?

3. Too Much Singing
Drake said that this album was going to be, and I quote: “a solid Hip-Hop album” who’s sound was going to be different from that of the excellent So Far Gone. Which was fine with me, because personally, I prefer the Comeback Season-Drake to the So Far Gone-Drake. But one spin through this album and you’ll realize that Drake wasn’t telling the truth. The truth is Drake sings in some way, shape, or form on EVERY song on the album. Of the songs without guest appearances, you’ve got three that involve him singing for more than 80% of the song, so that leaves only four songs in which we hear him solo rapping. I think the fans came into this album wanting to hear Drake spit straight fire for 14 tracks, but came into it hearing him auto-tuning for the entirety of the album.

Overall, Drake may not have realized it, but he was defeating himself before Thank Me Later even was released. Of course, “defeating” yourself is a relative term; if you want to sell a lot of copies, then I think that Drake will move 300k or more in the first week and will be very successful despite the leak. However, someone of Drake’s calibur should be aiming to be immortalized in the rap game.

Did Thank Me Later disappoint you?