The Stoop: J. Cole = Leader Of The New School 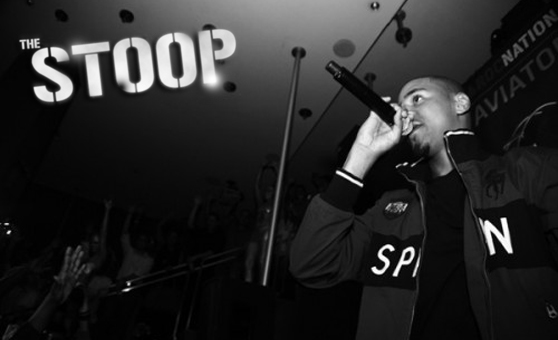 It’s crazy how many J. Cole tracks have been leaking on the internet. What’s even more ridiculous is the fact that every single of them have been damn-near flawless. At this very moment, I’d be hard pressed to name a single bad song that this man has ever produced. Lately when you ask about the rapper that’s leading the new school from real Hip-Hop heads, they’d tell you in an instant that it’s Cole. However in the same breath, they’d also tell you that when he finally makes it on the scene, he won’t sell. Why? Because, anyone who has listened to Cole’s songs can tell you with certainty that he’s an unflinching Hip-Hop artist. He rarely has features and produces all his own songs, sings all his own hooks, and refuses to go pop.

This is EXACTLY what the game needs right now.

When I first heard “Who Dat”, I didn’t think it’d crack the Billboard Hot 100, or any other chart for that matter. It was a dope song, but in an industry filled with Justin Beiber’s and Lady Gaga’s, I didn’t think there was a spot for a commercially successful J. Cole, someone who was bringing raw Hip-Hop. However, seeing that “Who Dat” made it to #93 on the Hot 100 and #19 on the Rap Charts gave me hope. It wasn’t spectacular, but someone is listening to that song and it means the world is ready. Not just for J. Cole, but for a Hip-Hop renaissance.

If J. Cole can at least go platinum when his debut album comes out, it will start a brand new trend; most of the Hip-Hop that’s been released has either been dance/club hits or pop songs. However, Cole doing well will show younger artists that it’s possible to make good, true Hip-Hop music you don’t have to dance to AND still be successful as a musician. With a surge of new artists like Cole in the industry, god-willing, Hip-Hop would return to it’s late 80’s-early 90’s golden age years.

If you think I’m just a Cole stan, then you haven’t listened to The Warm Up. Matter of fact, you simply have never pressed play on any J. Cole song ever. When you finally do though, go into it with the right mind-set; this isn’t something to jerk or dougie too. This is real Hip-Hop. With not even his first album out, J. Cole might be hesitant to be a leader of the new school, but the position is always open for him when he’s ready.