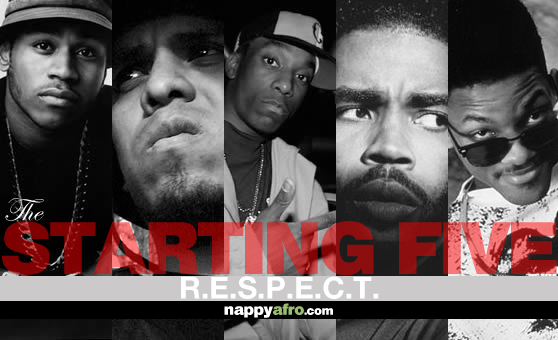 Our culture has become one of watered down accolades and instant gratification and Hip-Hop isn’t immune to the same thing. Aside of Lil’ Wayne telling us he is the Best Rapper Alive and the multitudes buying into it, the title of best emcee gets passed around more than a blunt at the Up In Smoke tour. So this list is my list of 5 of the most under-appreciated emcees in Hip-Hop either by other emcees or by the people for whatever reason.

1. LL Cool J
What? He’s one of the most respected in the game right? Well, when was the last time that you heard someone mention him in their top emcees and they didn’t have a camera or a mic in front of them. Don’t worry, I’ll wait. Sure, when you ask Hollywood or folks that are in the biz, they offer him up a lot but to the people, how often is he mentioned. Don’t agree with what I’m saying? Okay, check the comments of this review and say that again. Sure, he’s human and does have some lackluster music under his belt, but who doesn’t? It happens, but he’s at the top of my list of Hip-Hop hitmen.

2.Will Smith
I know you think of him as Mr. I Am Legend, but before he moved to Bel-Air, this dude was the original Drake. Not convinced, well, aside from winning the first rap Grammy ever in 1989 (damn, some of y’all were born AFTER that) “Summertime” still manages to burn up the airwaves every summer and his sitcom is one of the most successful black sitcoms in TV history. With his partner in rhyme DJ Jazzy Jeff, a legend as well, they recorded 5 studio albums, all going Gold or Platinum from 1987-1993. THEN as a solo act from 1997-2005 he dropped 4, yes 4 albums and they ALSO went platinum or gold with Big Willie Style going plat 9x in the US alone. So it’s clear that as much as folks like to pretend they didn’t know he had an album out they are making it to the register, and that is nothing to be ashamed of.

3. Big L
I rarely hear his name garner the respect he deserves by the people. I think that’s largely due to exposure. He was set to sign a deal with Roc-A-Fella (damn, they would have really been a problem) before his death. Big L was a lyrical giant whose life was cut way to short. With a rhyme pattern that has been imitated by endless emcees and an impact on your favorite rapper, you should really get familiar with Raps “M.V.P.”.

4. Pharoahe Monch
Just like the name mentioned above, this guy probably really is your favorite rapper’s favorite rapper. His delivery, lyricism, and ability to move the crowd has been studied by folks that already have deals. Kool Moe Dee ranks him in his top emcees, for what that’s worth. As far as underground talent goes, I don’t know that you can do better than Monch. Clearly not garnering big lights success based on not wanting to do the commercial shit in the game, his penchant for staying true to the game gets him respect from those in the know, and a reason you should join the movement…Simon Says.

5. Immortal Technique
If there was a way to spit the real political truth on the mic and garner achieve success, Immortal Technique would be the Bill Gates of Hip-Hop. Like many political rappers, his bars are often laced with the rumblings of conspiracy…and those are often draped in truth, even if you don’t want to believe it. The real thing about Technique is while he does spit some heavy lyrics, his delivery and lyrics aren’t so conscious that they put you to sleep. This is one of the artists on my list where the people seem to respect him more than the game does.

So, while I’m sure that you have plenty of MC Whothafucks who are legends on your street, I’m not talking about those guys. I’m talking about guys that are punished for being too political or conscious or are otherwise overlooked. Fro’nation, who do you think doesn’t get the respect they deserve either by other emcees or by the public?