Man, it’s been a minute since I did a movie featured Friday Night ‘Fro.  Since I love movies, I’ve been meaning to bring it back for a minute but for one reason or another, it never happened. Besides time constraints and finding a suitable player, the movies that I had in mind weren’t good enough (Once I almost put up Black Devil Doll…yeah). But now I think I have a list of films that I think are Friday Night ‘Fro worthy. So my first pick on the return: Ken Park.

The 1995 movie Kids is probably on my list of favorite movies (I own the DVD and I also have it on my hard drive). Ken Park (2002) is basically Kids with more sex (Yes, this is possibly) and instead of New York as the location, this movie is set in Visalia, California. It also shares the same forcus of America’s youth and tries to portray it a real as possible. Unlike Kids, Ken Park is set in vignettes and doesn’t go the traditional route in terms of storytelling. The way the stories here are told can be taken either as a successful attempt at realism or boring (I’ve heard both). And even though Ken Park isn’t ranked up there with the rest of my other favorites, I do think it should be watched for the experience alone.

This is the second Larry Clark directed movie I’ve had up here and the third Harmony Korine written one.

Enjoy and tell me what you think. Movie up top, poster below.

Sidenote: I chose to use Vimeo for now because it’s the best and easiest player out. Don’t know how long the movie is gonna be up there though… 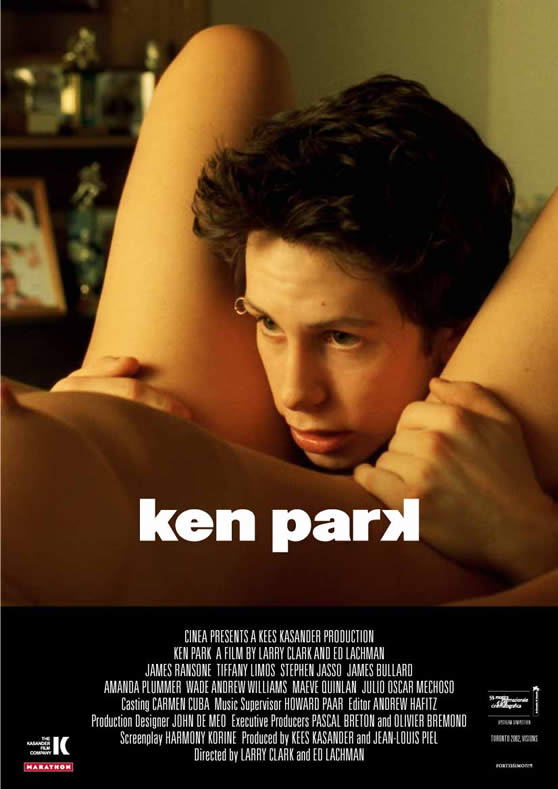