1. Not only is Banksy a prolific graffiti artist, he is also a talented filmmaker
2. I love street art. Oh yea also: Street Art = Graffiti. Graffiti = Hip-Hop.
3. This movie could be a hoax. Another one of Banksy comments on art and society.
4. You can’t help but like Thierry Guetta.
5. Street art can make you a lotta money. Maybe quicker than you expect.

Even if you feel that artists like Shepard Fairey, Banksy, & Invader are just people that vandalize public property, you may change your mind after getting a glimpse into what goes into their work.

As far as documentaries go, Exit Through The Gift Shop is one of the best I’ve seen is a while. It does what a great documentary is suppose to and successfully brings the viewer in a world they wouldn’t normally see. Using Thierry Guetta as the movie’s subject does this perfectly. And even if this film turns out to be a “prankumentary” by Banksy, the story of Thierry Guetta intro into street art and then his rise to being Mr. Brainwash still makes for great film. 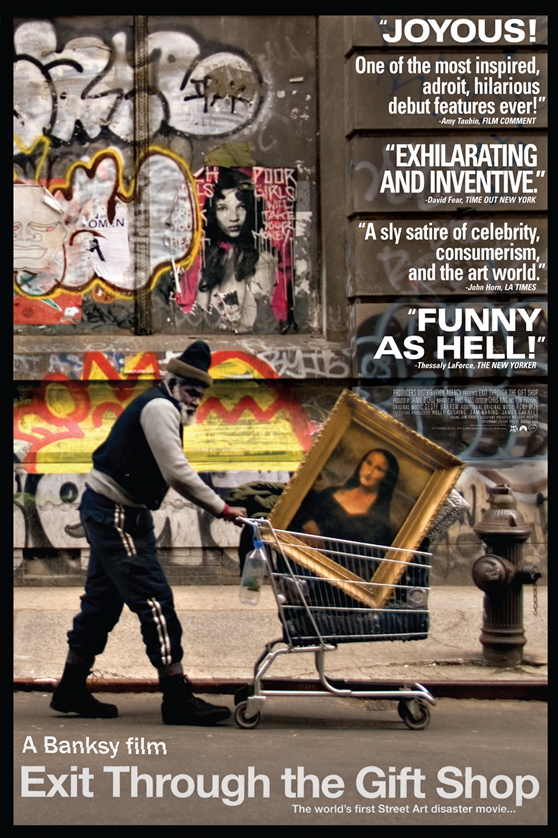