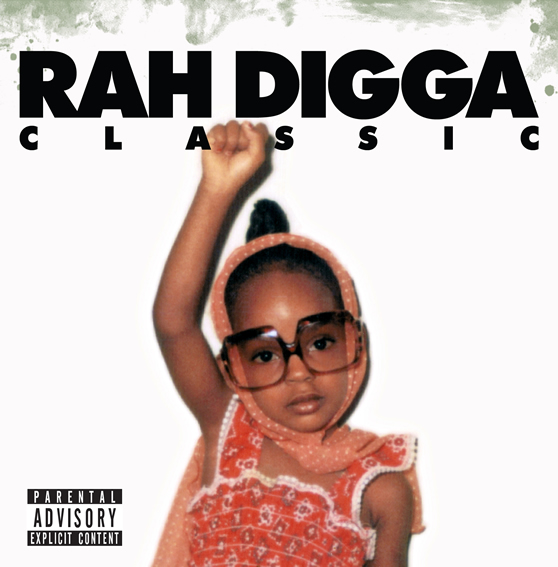 If you thought female MC’s not named Minaj were dead, you better not tell Rah Digga. Yea, her last album Dirty Harriet may have been 10 years ago but don’t let that fool you; Digga’s flow is still as rowdy as ever.

For her sophomore set, not only did she craft one of the cutest and coolest album covers I’ve seen in a minute, she also ditched the features and has only one producer behind the boards (Nottz). But does the album deserve the title Classic?

It definitely seems like Digga hasn’t lost a step since her 2000’s debut; the Brick City flow is still there. On the provoking and The Real Housewives Of Atlanta inspired  “Who Gonna Check Me Boo”, Rashia shows she is still a problem:

“All these chicks geeks/In less than six weeks/I shut ‘em all down like Taylor Swift speech (Shut up bitch)/Dipping off, change clothes and switch seats/Back on the stage, might let that bitch speak/Singing all on they hook like Swizz Beatz”

She has more for listeners on tracks like the soulful “Soldified” (My favorite track off Classic), the album’s first single “This Ain’t No Lil’ Kid Rap” (She basically invents Grown Woman Rap here), and the name dropping “You Got It”. On the production side, Nottz gives Rah a lot of fuel for her flow and the chemistry comes through very well. On the rumor stomping “Viral”, Nottz flips a TV News inspired beat to initially awkward sound but it eventually works. On tracks like “Straight Spittin IV” & “Classic”, he goes back to basic to also good results and gives Digga room to do her thing. The album is only 10 tracks long, but it’s honestly not a terrible beat in the bunch.

The fact that Rah Digga lyrically holds down the album by herself with no features should be applauded but that may be Classic’s main flaw. With her and Nottz being the only participants here, you have cohesiveness but it’s still a pretty straightforward album that only has one speed. It’s not an album for everybody (Which I’m sure Rah could care less about). If you don’t like track 1 or 2, it’s pretty safe to assume you probably won’t like most of the album.

Bottom Line:
A few times on the album, Rah Digga speaks about bringing back the “boom bap” style of rap. That’s basically what you get with Classic. Digga rhyming over Nottz’s beats may sound like a throwback but it’s a welcome alternative to today’s upcoming female MC… or most male MC’s. Rah can still hold down the mic and Nottz proves further that he has beats. All in all, this duos bring a solid album that will sure make fans of both happy. No lil’ kids rap included.