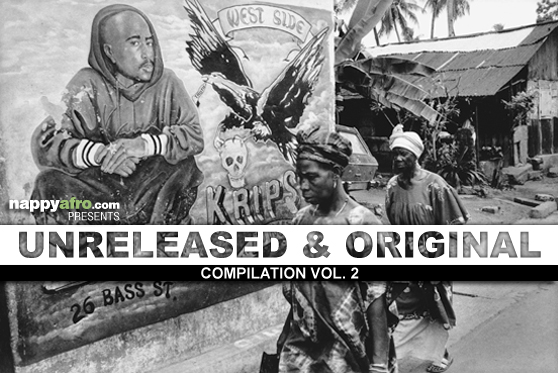 Here is Volume 2 of 2Pac’s recordings from the past. It was very hard making these compilations, because I have so much of his recordings and I want to make sure fans get to hear the real Pac stuff. Volume 3 will be out soon so stay tuned.

The first few songs were recorded around 92-94 and after that, all of them were recorded in ’96 during the Death Row era. I actually put up a O.F.T.B. (Death Row artist they never put out) song featuring Kadafi, Pac, and Kurupt called “World Wide (Time After Time)”. The next volume I’ll probably put up the original version of Better Dayz, and the original “Hit Em Up”. Also I had to throw in the original version of “Ghetto Gospel”, Eminem destroyed that shit (Not in a good way) when he remade it and removed the verse when he was talking about his grandma, not to mention he slowed down Pac’s vocals! I added the snippet to “Watch Ya Mouth” where he disses Nas, Dr. Dre, De La Soul, and various others. “U Can Be Touched” is my shit though along with “Nothing 2 Lose”, I like Pac’s verse and it was very real.

I added “When Thugz Cry” as well. This version is killing the Until The End Of Time version I don’t know why they made Johnny J change the beat on this! This was killing. He also disses Nas at the end when he is talking. On “Hell 4 A Hustler” original he disses Jay-Z, Mobb Deep, Biggie, Puffy at the end when he talks. “Tattoo Tearz” is a song from One Nation but end up being on Still I Rise album. The original beat is produced by Kurupt. He performed this song at his last concert before he died.

Enjoy peeps! I got more where that came from!